How Drones Can Be Of Great Help In Scientific Research 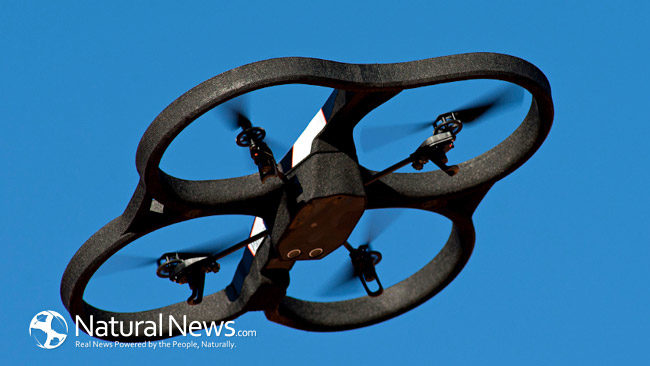 Drones are used for many things these days.  However, people often tend to associate them with some of the scariest things. The unsettling thoughts that come up in the minds of these people include automated planes shooting missiles, flying close to nuclear power plants and crashes into crowds.

However, the fact is that latest drones for sale have opened up a lot of possibilities. Though it may sound like a science fiction movie, this technology may revolutionize the science and research sector, among others. Drones, also known as unmanned aerial vehicles or UAVs, can be of great help in tackling a variety of environmental and societal problems.

Here are a couple of cutting-edge ideas to use UAVs that are closer to reality. The projects suggested include keeping sensors alive, measuring hazardous/remote environments and dealing with situations that are likely to be dangerous as far as humans are concerned.

Support for Monitoring Devices and Speeding Up Data Collection:

All over the world, more and more sensors are being deployed on roads, bridges, and machines. It is important to ensure availability of power for their proper functioning. Drones can be used to wirelessly recharge the sensors placed in difficult-to-access locations such as bridges and lakes (floating sensors).

A system developed by Dr. Carrick Detweiler, University of Nebraska-Lincoln, and Elizabeth Basha, Professor, Electrical and Computer Engineering Department, Pacific University, have taken drones to a bridge, identified the batteries of sensors to be charged and recharged them wirelessly just like the pads used for recharging cell phones.

This shows that UAVs can repeatedly be used to recharge batteries and keep the sensors alive. Proper functioning of the sensors ensures a flow of data and could even help to determine as to when the bridge needs to be repaired. Research studies have also been carried out on retrieving data from floating sensors used for monitoring water quality.

The studies showed that UAV’s help to improve data collection and speed up the processing of data. In the absence of drones, researchers would have to travel by boat, spend a day collecting data from all the sensors, reset them and then do an analysis. This is not only a tedious activity, but also time-consuming and not cost-effective. On the other hand, the drones can bring the data to the base station in an efficient and cost-effective manner.
Further, the failure of a sensor would be discovered by a researcher only during his/her next visit if a drone is not being employed for the purpose. This could create holes in the data sets and make analysis more difficult. UAVs can be sent out on a daily basis to collect data, identify failed sensors and even replace the failed ones.
Apart from providing support to monitoring devices, drones can be used to take measurements as well. While researchers at UNL are using drones for measuring heights of crops, those at Arizona State University are using them for gathering remote imagery and studying the role of water in the environment and Switzerland they are using them to map forest trails.

Smashing Drones suggest they may also be of great help in providing advance information about disasters. UAVs could be used to monitor rivers for the purpose of predicting floods. Lots of data is essential for proving timely predictions about flooding. It may be easy to do in urban and developed areas, in the rural or less developed areas the infrastructure for monitoring rivers and weather would be absent and it becomes an expensive affair. Under such circumstances, UAVs can be deployed to gather appropriate information, improve predictions and also save lives.
Studies are also being carried out by Dr. Detweiler as regards starting controlled burns using drones, fighting wildfires and providing help for land management. Creating a burn is a dangerous affair for firefighters because they will have to be at the forefront of the situation. UAVs can be used to for dropping small self-igniting capsules at precise locations for starting controlled burns. Firefighters are not required to get close to the fire at all.
UAVs are also being used for help with man-made disasters. At DePaul University, a group is using drones to monitor the Dead Sea and looting at archaeological sites. Using satellites for these purposes can be very expensive.
UAVs do hold a lot of promise, but they are not likely to employ extensively until the FAA decides as to how it wants to manage them. Additionally, some technical challenges are also stalling their use for various purposes. These include reliable ways of avoiding obstacles and challenges posed by changing weather conditions.

For the latest news and views on drones visit us at smashingdrones.com