Don’t Poke the Bear… Arise and Devour Much Flesh 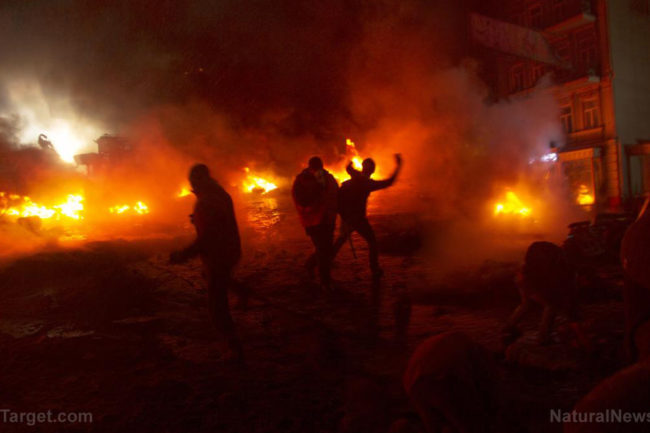 Picking a fight with Russia right now is stupid. That is exactly what is going on in Syria currently. In prophecy the Bear of Daniel 7 is an end of day’s beast that becomes deadly. I found it fascinating when I heard that America, the UK and Israel were collecting oil from Syria without approval. Even more fascinating that Russia told all three nations to stop. Words were not headed, so Russia blew up the oil dispensing equipment. Right now this issue is escalating to the point of military involvement.

The lineup of countries involved in this dispute has prophetic significance. In an earlier article the idea was presented that the beasts of Daniel 7 are the current nations on the UN Security council. The lion with eagle’s wings could easily be a representative allegory of the US and the UK with the Bear being Russia. Something bad seems to happen to the lion with eagle’s wings.  In one translator’s comments he explains that what is being said about the lion implies that it gets lifted from the earth. In other bible passages the term “lifted from the earth” is used to say something died. The wording that it’s eagle’s wings get plucked off sounds uncomfortable as well.

Now to the Bear, if Russia is indeed this end time’s kingdom, it is very active. The bear is told to arise and devour much flesh. It also has three ribs in its mouth as if it has eaten three things. So, the conflict in Syria is very interesting at this particular time in history. There is a very solid chance we are smack dab in the middle of Bible prophecy. It is a very bad time to poke the Bear. If we are in prophecy and that oil conflict in Syria turns into open conflict, then I know who is going to walk away with the prize from that fight. It will not be the lion.

This leaves Israel’s role in the end time’s game. There are two places that directly discuss Israel in this zone of time. Matthew 24 expressly says that if you are in Judea and see Jerusalem surrounded that you should not go in the city and in fact you should go flee away.  The other piece of information is found in Revelation 11, it says that the holy city would be trodden underfoot for forty two months. That is exactly the amount of time that the Anti-Christ gets to stay in power until Jesus throws him in the lake of fire at the Battle of Armageddon.

Current events are lining up very interestingly in light of end time’s prophecy. The Syrian oil conflict could open the door for prophecy fulfilment. I must say that I really wish we would just leave Russia alone. Getting plucked off of something sounds very painful. I can’t wait for Jesus to come get us out of this place. I love all the goodness God has given us, but it is really being brought to sorrow through the actions of the destroyer. It makes my heart hurt.

God’s blessings to you.