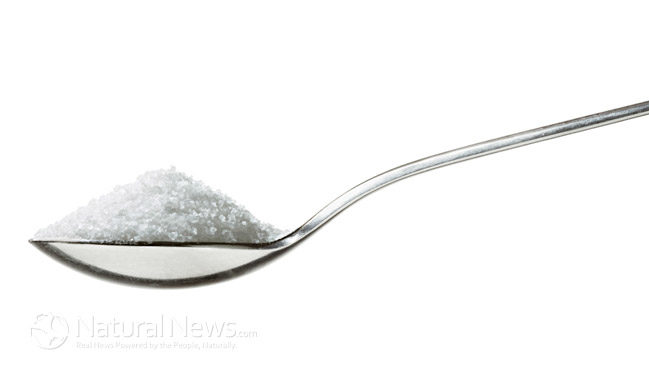 More and more, we find ourselves living in a “salt-a-phobic” society. Ironically, too much salt is often blamed for illnesses that are actually a result of salt deficiency. Why is this happening? Largely, it is a misunderstanding of what salt is and what it does.

In a broad, scientific sense, salt is an ionic compound formed when an acid and a base combine, thus neutralizing both agents. For example, when magnesium (base or alkaline) combines with sulfur (acid), you get magnesium sulfate (Epsom salt). Other types of salt exist in the world of processed food preservatives, such as sodium benzoate and sodium nitrate, which combine sodium with benzoic acid and nitric acid, respectively.

Since there are many acids and many bases, there are many, many types of salt. There are edible salts, providing essential nutrients. There are chemical salts, often used in the food industry (sadly, often to our detriment). There are salts that offer external or cosmetic benefits, such as Epsom salt and bath salts. There are bile salts to aid us in digestion.

However, when we think of “salt,” we are usually thinking of one salt in particular: SODIUM CHLORIDE. Why? Because this is one salt we cannot live without. Every cell in our bodies requires sodium chloride to function every minute of every day. In fact, both men and women require 1500 milligrams of sodium and 2300 milligrams of chloride daily. That is more than our daily need for calcium, magnesium, vitamin C, the B vitamins, and certainly more than any of the trace minerals. No wonder salt was once viewed as being more valuable than gold!

So, why has salt become something viewed as forbidden, taboo, and downright unhealthy? Here are three reasons:

1) what we are doing to our salt
2) the effects of salts other than sodium chloride
3) chronic dehydration.

What Are We Doing to Salt?

First of all, let’s look at what we are doing to salt and how it affects the body. Salt which has been heated to extremely high temperatures and treated with bleaching chemicals and anti-caking agents is not able to satisfy our nutritional needs. Every function in the body relies on the ability to sodium to draw water from inside the cell to outside the cell. Anti-caking agents decrease salt’s ability to absorb water, which discourages clumping but also renders sodium totally worthless, in effect, taking away it’s job. Thus, the body may begin to experience signs of sodium deficiency, even while getting enough salt.

As if that’s not enough, bleaching chemicals break down the fatty acids that hold our cell walls together, thus weakening the integrity of the cell as a whole. Thus, these two culprits disrupt the whole operation of drawing water in and out of cell walls, which affects everything that goes on in the body.

What Are Other Salts Doing to Us?

Second, let’s consider the effects of salts other than sodium chloride. Sodium benzoate, sodium nitrate, potassium chloride, potassium bromate, monosodium glutamate, ammonium sulfate . . . and the list goes on and on. Literally. How often do we look at a list of ingredients and find, not one or two, but several chemical salts in one product? These cannot be treated as equal to or as replacements for sodium chloride when it comes to the body. They not only do direct harm, but they pull our natural salt needs severely out of balance. Being harmful, they body is anxious to flush these chemicals out of our system. And how does the body flush them out? With water and salt – good salt. Another way that a true salt deficiency can form while getting plenty of salt.

When long-time junk-food junkies show up in the doctor’s office with signs of high blood pressure and heart disease, they are often told, “You need to cut out salt” or “you need to watch your sodium.” Away goes the salt shaker, with little or no thought given to the alarming number of other non-nutritive salts that are in their new, low-sodium, processed foods. Yet, most of the time these chemical salts are the ones causing the problems, not good old sodium chloride.

Let’s compare the amounts of sodium one gets from a diet high in processed foods to that of a more natural diet that is enhanced by a good quality salt. It is not unusual for someone who eats a lot of processed foods to get 8,000-9,000 milligrams of “salt” per day, whereas using one teaspoon of a good quality sea salt, providing 2,300 milligrams of salt (sodium, chloride, and some trace minerals) right from the shaker would be frowned upon. When cutting back on salt, it is all to easy to go too far the other way. Many low salt diets provide less than 1,000 milligrams a day, far less than the 2,300 or so needed daily for normal health.

And, finally, our third reason, chronic dehydration. Medical test results can be very misleading when the body is operating on a shortage of water. Imagine you have before you a quart of water with a half teaspoon of salt in it. You take a drink. Meh. Now you take a drink from a glass that contains a cup of water with a half teaspoon of salt. Yikes! Too much salt! But it is not too much salt. The amount of salt didn’t change. It was too little water.

In the same way, a doctor is very likely to tell someone their salt levels are too high, when in fact, they just are not getting enough water. In such a circumstance, cutting out salt will actually worsen the problem, given sodium’s important job of balancing water distribution.

What Can We Do?

So, what should we do when it comes to salt? Don’t go overboard in cutting out salt. Instead, switch to a good quality sea salt, one that provides sodium chloride along with natural trace minerals. As much as possible, cut out processed foods and make more foods from scratch. And, finally, make sure to drink enough good quality water. Doing these things will go a long way in helping you to support the true salt needs of your body.

I am a certified nutritional consultant and raw food enthusiast. I have always leaned toward a more natural way of living. I have six grown children, whom I homeschooled for 22 years. Raising children had a lot to do with my interest in natural foods, as I was always looking for ways to keep myself and the kids out of the doctor's office. I also had MCS (multiple chemical sensitivities) for many years but overcame it through emphasis on proper nutrition. Visit me on Facebook at https://www.facebook.com/saltcreeknutrition.