Does Your Food Have Light? 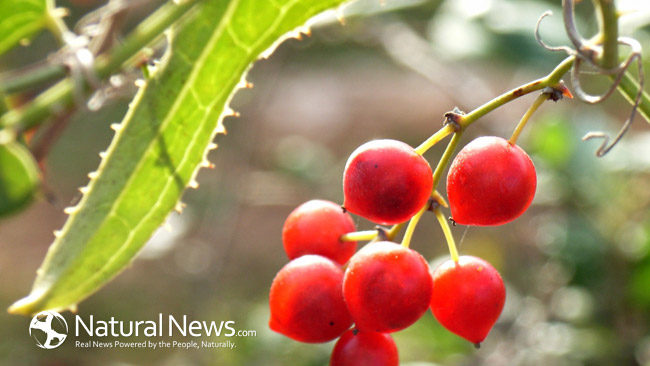 What follows on the exceptionally complex subject of light and how it pertains to the body is a topical overview only. The information being provided I myself have researched for over 30 years and am still only scratching the surface. However, those referenced in the article and listed as resources are exactly unparalleled in their particular knowledge on such a vast subject. They are the intellectual phenomenons of our time, and all that has passed. It is through their unique work and experiences that we get to benefit from and are blessed with the opportunity to expound upon. So we are forever grateful for the Champions that have come before us. Perhaps it was best written by Sir Isaac Newton, “if I have seen farther than other men, it is because I stood on the shoulders of giants.”

On the subject of light as fuel, or food source, one would first need to comprehend the general composition or makeup of living beings, or the live body and mind. What causes us to be or not to be. One would also need to know, completely, that we human beings and animals included are electrical in Nature first before all else. There are numerous chemical processes that occur in the body yet they could not, and will not manifest, ever, without electricity, or light.

Remember, this is going to be a non specific on every point, yet profoundly detailed outline in some areas on such an extremely deep and crucial topic. To me, there is no greater subject matter, at all.

The Exquisite Living Being And Our Properties

The human body is known to be made up of 70-100 trillion cells, 100,000,000,000,000. 70-100 trillion cells performing innumerable functions with 12-13 we can clearly identify. Each cell has a digestive system, a respiratory system, circulatory system, excretory system and 8, possibly 9 more, precisely like the body as a unit. We are a summation of these cells and their individual processes. These cells are us and we are them.

Every single cell in our bodies of the 70-100 trillion, are also intelligently designed to operate on-20 millivolts of electricity.

“The negative charge is the spark of life.” ~Dr. Robert Young M.D.

Crucial to each cell will be the mineral rich water that should surround it. Such as babies in the womb being encapsulated in salt water from a healthy mother. When a healthy infant is born they are known to be about 90% water as a whole, even the blood being over 93% water itself. Upon our passing, humans have proven to be somewhere around 30–35%. With this dehydration also comes a greatly reduced ability to function via each cells failing electrical potential. Knowing this, those seeking perfect or betterment of health, even to become stronger, ought to endeavor to enliven the fluids around each and every cell. Thereby the pure fluids become the majority of our cells, remembering that even our blood is about 93% water, or should be. Enlivening the cells requires electricity as does the water which feeds them.

What must be mentioned here is that the Sun and the magnificent energy emitted from it is the cause of all life on the planet. The Sun is the most powerful form of electricity known to man. The topic of electricity is built upon the Sun. And as I have come to know the first Christians were known as helio-gnostics, or, knowers of the Sun. Many of the largest religions today are seemingly based in knowledge of the Sun. Enormous monuments are and have been erected showing respect and admiration for this electric disk in the sky. Even the horrific sacrifice of life as an offering, all have embodied the Sun. Sir Walter Russell determined that the light of the Sun is pure intellect and many prominent researchers feel the Sun is in fact conscious and aware of itself.

“the Sun, the star in their movie, the most important thing in the life of every one of us”

~Gregory Sams, researcher and author “The Sun of god”

Back though to our cells. For more information on the Sun, the references provided at the end of the article are compulsory reading as they are some of the foremost authorities on this material and the essence of life itself I feel.

To measure the voltage within the cells one would need to determine the potential hydrogen, or PH of the fluids surrounding them. Every fluid in our bodies can be measured by the scale below.

Any fluid below 7 would be seeking to steal electrons and have varying levels of acidity depending on the actual potential of its hydrogen. Hydrogen is simply another term for acid. Fluids higher than 7 are seeking, or at the least capable of being an electron donor, which is equal to alkaline. I will note here that calcium is the most alkaline substance on the planet, and does not move. The most acidic being refined sugar, which is sulfuric acid and travels at the speed of light. Sulfuric acid, or sugar, also explodes and destroys proteins. You are in part, proteins.

Information I research indicates that when the cells, you and I, begin to lose voltage, we malfunction, and if the voltage proceeds low enough our DNA begins to become damaged.

Astute researchers surmise that while our bodies cells operate on -20 milivolts, if we begin to lose electrical potential and get to -15 we become lethargic. At -10mv the person would become ill, and minus 5mv our glands and organs will stop working. If the cells go into a reversal of polarity +5, +10 or +15 mv, it would be akin to placing the batteries in a flashlight incorrectly and they will not function, at all. This is said to be where the damage to our DNA and what we pass on to our offspring occurs.

Pain, infections, lack of oxygen, and cellular expiration, or death, take place when the fluids of the body are in this acidic and unlit state.

“Restore your voltage for powers to rebuild and heal.” ~Dr. Jerry Tennant M.D.

The cells in our bodies have the ability to regenerate. For instance the gastrointestinal cells have the ability to regenerate every 2–3 days, the cells of the eyes, every 36 hours, etc. This Author is not referring to stem cell research at all. What we are asserting is to provide the body with the raw materials it needs such as vitamins, minerals, pure water, along with the light from the Sun to grow matter, and to keep the cells in an alkaline state.

So the question then becomes how do we alkalize our bodies and perhaps the even larger one, why is this not common knowledge and made so difficult to discover? This writer will answer the first part and leave it to the reader to perhaps draw their own conclusions as to the rest.

The following statement is one of the most profound ever espoused on this subject matter in our time period, maybe ever. It would be next to impossible to articulate it any better. It would do anyone well to truly comprehend and apply this message.

Many more research scientist and the like now are concluding this same wisdom about our electrical light bodies. 25 years ago speaking about this and writing papers on it in college resorted to being snickered at, not so much anymore.

It is from alkalizing foods that light (electricity) is generated, and was also created.

So those that know will apply verified wisdom, ingesting food and select it as a fuel only for the electrical potential, or light it contains. We seek sources of food containing nutrients, things that contain light and that are light. We seek vitamin and mineral rich sources of fuel that harness power. Meanwhile, the vast majority of our entire society entirely misled to focus on calories. Protein, fiber, carbohydrates, enzymes, macros and micros etc, all the lowest level of the tower. To become alkaline disregard the number of calories and concern yourself with the quality of them. Because this is all that matters, the quality of the fuel one is ingesting after eliminating that which is not.

Is the food and light you are taking in to your body strengthening your fluids, or smothering them in acid, becoming the acid. How about the lights people sit under at work or home? Because artificial, man made blue light and fluorescent fixtures are electron stealers. They take life and give you nothing in return. The detrimental effects that these forms of light, particularly the ones that contain the fluorine gas such as fluorescent bulbs would be indescribable in only a few words and is a subject all to itself.

“Humans are the only species bright enough to make artificial light and stupid enough to live under it” -Dr. Jack Kruse

Voluminous amounts of research is available for those interested and of course there is always solutions.

Becoming alkaline is to move towards the alkaline elements such as calcium, magnesium, potassium, and to eat the Sun, and only the food it produces. The Sunlight is in pure food. The human body is designed to be alkaline, yet all of our countless processes are acidifying. So we are in a recovery state at all times. This is fine as long as we are replete with the energy that these processes, even the good ones, are aiming to steal.

And the Primary Source for this energy is again the photon energy we are able to receive from the Sun.

The same Sun that we all seem to take for granted and forget about, just expecting it to be there. The Sun that I know nothing about yet read everything I can pertaining to it, because I know that it is the cause of all life.

“by its usage, by its familiarity, it actually becomes invisible to us”

In conclusion here are a few fascinating facts about the Sun along with some of the largest names in the Universe that sadly the vast majority of our civilization will never come to know.

“Imagine an explosion with more power than a million volcanoes, that instantly hurtles north american sized chunk of suns surface into the air at speeds of many hundreds of kilometers per second, this can be the power of a single solar flare, another phenomena considered to be controlled by the corona of the Sun. During periods of sun spot activity active regions of the sun can lose several flares a day, for weeks on end. Over a million mega tons of pure light energy is released every second from the Sun. Can you imagine this, one megaton is the energy released by a million tons of TNT, so this a million times that, each and every second.”

Gregory Sams ~The Sun of god