Do You Have “Grain Brain”? Why a Low-Fat, High-Carb Diet is Bad News for Your Brain 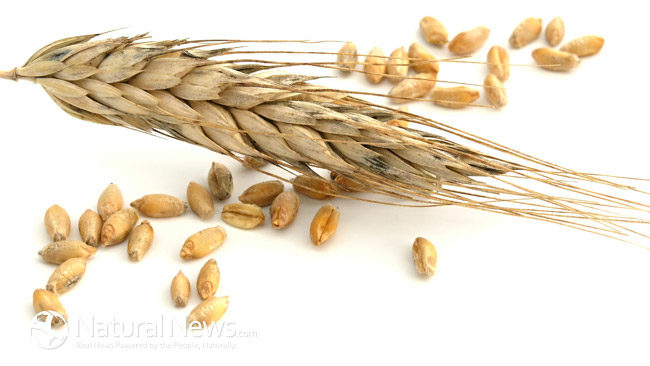 Modern society is suffering from an epidemic of “broken brains”. 1 in 3 of us currently die with dementia. 1 in 4 of us will experience some sort of mental disorder during the course of a year. Alzheimer’s, depression, anxiety, insomnia, and other mood disorders are at epidemic levels. We need to look at what we are doing wrong. Diet is a good place to start.

Grain Brain: The Surprising Truth about Wheat, Carbs, and Sugar–Your Brain’s Silent Killers was released last month and has already made several best seller lists. At the time I write this Grain Brain is #7 on the New York Times’ Best Sellers list, is the #1 health book according to USA Today, and in the 10 top best selling non-fiction ebooks according to the Wall Street Journal’s ranking.

This is very impressive! Best sellers about the brain are rare. Oddly, people seem a lot more interested getting six pack abs than keeping their brain fully functioning for life. So this meteoric rise is amazing not just because it’s a book about the brain, but because it promotes a controversial low-carb, high-fat diet.

If you currently follow a low-fat diet you may have a hard time wrapping your head around the fact that eating a low-fat diet is one of the worst things you can to do your brain. This makes a lot of sense when you realize your brain is 70% fat.

The Man Behind Grain Brain

The author of Grain Brain, is uniquely qualified to speak about the effects of food on the brain. Dr. David Perlmutter is a neurologist and Fellow of the American College of Nutrition. He has an active practice at the Perlmutter Health Center in Naples, Florida where he uses a variety of  complementary nutrition techniques to treat neurological problems of all kinds including dementia, stroke, and Alzheimer’s.

Dr. Perlmutter began looking at the role diet plays in brain health after he got tired of treating his patients’ symptoms with drugs, which at the time was the only tool in his arsenal. He describes it as “trying to get rid of smoke while leaving the fire burning”.

He learned while working with patients in his practice that the brain is exquisitely sensitive to the food we eat and that our diet plays a pivotal role in our brain health.

Too Many Carbs, Too Little Fat

Perlmutter found in his practice that nothing is worse for the brain than a low-fat diet which contains too many carbohydrates and too little brain-healthy fat. Excess carbs create inflammation and free radicals, two major causes of brain aging. High blood sugar levels correlate directly with brain shrinkage of the hippocampus, the seat of memory and the first target of Alzheimer’s.

Perlmutter states quite emphatically that there is no treatment whatsoever for Alzheimer’s and that drugs prescribed for this disease flat-out do not work.

In his practice he puts patients on a diet that is comprised of 50-60% good fats. This may sound like a lot but he found with his patients this was ideal. Glucose is considered the main fuel for the brain, but our brains are quite happy to burn fat which he refers to as a “super fuel” for the brain. He promotes getting plenty of healthy fats from olive oil, coconut oil, butter, grass-fed meat, wild salmon, and eggs.

One of the most contentious ongoing debates in nutrition is what are the best ratios of fat, carbs, and protein. Perlmutter cites a JAMA study that followed two groups for 12 months. One group was on the diet popularized by Dr. Atkins — a low carb/high fat/high protein diet. The second group followed Dr. Ornish’s low fat/low protein/high carbohydrate diet. (This diet is identical to the ultra-low fat diet being promoted in the book Power Foods for the Brain which I’ve reviewed here.)

For those of us who have been brainwashed into believing that low-fat is good, it may come as a shock that the people who followed the Atkins diet did better on all health markers including triglycerides, good cholesterol, and blood sugar levels!

The Problem With Gluten

Grain Brain is not the first best seller to blast eating grains. Perlmutter has expressed appreciation to Dr. William Davis, author of the book Wheat Belly, who made the public aware of the profound modification of wheat itself.

In the past 50 years, wheat has been altered to contain up to 50 times more gluten than it did when our ancestors baked the first loaf of bread.

We are biologically unprepared to handle this big a change in such a short period of time. Remember that humans have been around for 2.6 million years yet started eating wheat and gluten in any form only 10,000 years ago. That is a mere blip in our entire existence! Or .004% to be more precise.

Gluten is most commonly associated with wheat but can also be found in other grains like rye, oats, and barley, prepared foods of all kinds, and even medications.

It’s been known for decades that gluten can cause a long list of neurological problems including dementia, headaches, seizures, tremors, depression, memory loss, and epilepsy in those who are gluten-sensitive.

But what hasn’t been realized until recently is how ubiquitous gluten sensitivity is. If eating gluten tears up your gut, you know you have a problem. But it turns out that most people have no obvious digestive upset from gluten, so this not a reliable indicator of gluten sensitivity.

The Solution is Here

As we’ve moved towards a low-fat diet high in grains, the kind recommended in the USDA food pyramid, we’ve traded eating fat for eating more carbs. Humans have never been exposed to this level of carbohydrate consumption before in history and this experiment is not going very well. We’re fatter and sicker than ever before, and here in the US we have highest levels of brain disease anywhere in the world.

Grain Brain presents a very solid case for how eating more grains and carbohydrates of all kinds, and fewer goods fats, is taking a collective toll on our  brains. And it offers a simple (while admittedly not necessarily easy) solution.

Order your copy of Grain Brain here. It’s available as a hardback, audiobook, or Kindle ebook.

Eating a high-carb, low-fat diet is just one of the many ways the modern lifestyle takes a toll on your brain. Do you suffer from stress, memory loss, brain fog, anxiety, depression, insomnia, indecision, or are easily overwhelmed? These are all signs that your brain isn’t working as well as it should.

Deane Alban is the author of Brain Gold: The Anti-Aging Guide for Your Brain and co-founder of BeBrainFit.com, where you can learn how to keep your brain young, healthy, and fully-functioning for life.

Sign up for her newsletter and claim your FREE Special Bonus Report. This is information anyone interested in preserving their brain for the long haul must know!

This Grain Brain book review was adapted from “Do You Have ‘Grain Brain’? Interview with Dr. Perlmutter” at BeBrainFit.com.