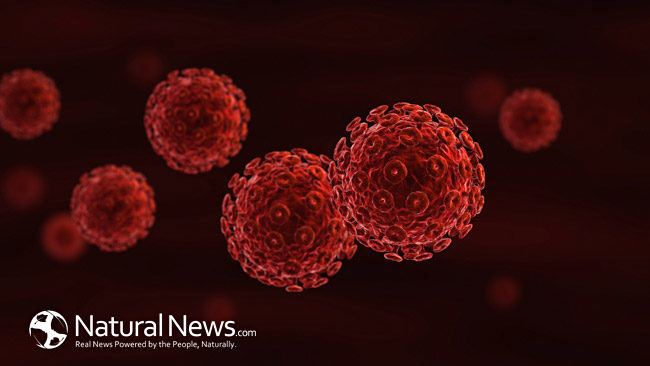 Since the beginning of the so called “aids epidemic”, the whole world was taught how to reduce their chance of contracting HIV by practicing safe sex, not sharing dirty needles when injecting street drugs etc. Along with ways to protect yourself from HIV came the all well known propaganda campaign “know your status” and we were all told that the only way to know if you are infected with HIV is to take an HIV test. Most people who get an HIV test do so believing that a positive test indicates infection and a negative result either means that you are not infected or perhaps you were recently infected and have not yet developed antibodies to the virus yet and should be retested in the future.

So how accurate is an HIV test? Does a positive result indicate without a doubt that you are infected with Dr. Robert Gallo’s sex virus of mass destruction or are there situations where a person can test positive due to a cross reaction, human error or a fallacy with the test itself? According to the aids establishment, HIV tests are not only highly accurate in detecting the presence of HIV specific antibodies but false positives are exceptionally rare.

“As shown by the specificity scores of 99.9% or above, the study provides reassurance that false positive results are exceptionally rare – in other words, people who are HIV negative do correctly receive HIV-negative results.”

“Current generation HIV tests are considered extremely accurate. The blood-based HIV ELISA has a demonstrated sensitivity of between 99.3% to 99.7%, with a specificity of between 99.91% and 99.97%. When combined with a Western blot, this translates to approximately one false positive out of every 250,000 tests in the general U.S. population.”

These are only two examples out of many you will find telling you that HIV tests are highly accurate and are used to diagnose HIV infection. The so called “rapid tests” are used as a screening tool and a positive result should be confirmed with additional testing via western blot and elisa testing.  Although the FDA states that a rapid test should aid in the diagnosis of HIV infection, they still label it as a diagnostic test with a high degree of accuracy.

“The U.S. Food and Drug Administration today approved the first rapid Human Immunodeficiency Virus (HIV) test for the simultaneous detection of HIV-1 p24 antigen as well as antibodies to both HIV-1 and HIV-2 in human serum, plasma, and venous or fingerstick whole blood specimens. Approved for use as an aid in the diagnosis of HIV-1 and HIV-2 infection, the Alere Determine HIV-1/2 Ag/Ab Combo test is also the first FDA-approved test that independently distinguishes results for HIV-1 p24 antigen and HIV antibodies in a single test.”
http://www.fda.gov/newsevents/newsroom/pressannouncements/ucm364480.htm

While the HIV tests are said to be highly accurate and that they detect antibodies which are specific to HIV, nothing can be further from the truth. In reality, the tests detect generic proteins which could be in your body for countless reasons which could range from antibodies produced by vaccination to pregnancy. The list of known cross reactions is now more than one hundred and include the following. References can be found at http://www.virusmyth.com/aids/hiv/cjtestfp.htm.

Trisha Morrison, widow of heavyweight boxing champion Tommy Morrison has been fighting for the truth since the passing of her husband at the beginning of September, 2013. Tommy tested positive on an HIV test in 1996 and many people believed that the health issues he was suffering from and that eventually led to his death were the cause of him being HIV infected and suffering from advanced AIDS. The truth is that the negligence of the hospital staff who were in charge of his care caused a cascade of events which ended in his death as explained in the following press release from Trisha Morrison.

“Tommy Morrison is recently deceased, and the physician who attended him at his death has unequivocally determined that Mr. Morrison DID NOT die from AIDS, nor was Mr. Morrison found to be infected with HIV. Thus, it would both be irresponsible and inexcusable for websites and authors of articles to fail to publicly acknowledge the facts, as stated above.

“A physician was instructed to take samples of Tommy Morrison’s blood, at the time of his death; these samples were examined by the hospital’s Department of Surgical Pathology, and were carefully imaged using electron microscopy (EM). The resulting report, as generated by the pathologist and attending physicians, states the following (this is a direct quote):

“”Electron Microscopy of Buffy Coat Layer: The electron micrographs contained monocytes, lymphocytes, occasional neutrophils and nucleated red cells…there is focal thickening of the cytoplasmic membrane however no retroviral budding is present. The cytoplasm contains Golgi apparatus, and occasional strands of rough endoplasmic reticulum, with no abnormality. No retroviral inclusions or tubular aggregates were present.
The pericytoplasmic space was examined. No retroviral particles were seen.”

“Tommy Morrison died of complications secondary to years of medical mismanagement, after having first been falsely diagnosed as being “HIV- positive” and then falsely diagnosed and treated for having HIV-AIDS. This epic tragedy MUST be properly acknowledged by the sporting industry (especially the World Boxing Association, and ESPN) and properly reported upon, to the Public”

Trisha Morrison contacted Walter Gardner, Chief, Consumer Affairs Branch, Division of Communication and Consumer Affairs, Food and Drug Administration for questions regarding the tests and the science behind HIV only to never receive direct answers to her inquiries. One email from Gardner, a response to the questions Trisha was asking, was pretty interesting.

“Thank you for your continued interest, but we are not able to comment on HIV diagnostics not reviewed and approved by the FDA. As far as licensed HIV screening and diagnostic tests, we have answered all of your questions and provided you with links to the appropriate background information. In fact, all of the publically available information on HIV test kits is available on our website at the following link: [ ]

Since we have provided you with all the information we have to share regarding HIV test kits, we will no longer reply to future email from you on this subject. We are not able to assist you in determining whether or not your husband actually had an HIV infection.
Walter Gardner
Chief, Consumer Affairs Branch
Center for Biologics Evaluation and Research”
—
“Mr. Gardner –
Thank you for your email.
Thank you for providing me with whatever information the FDA has with regards to “HIV.”
I appreciate your attempt to respond despite your/FDA lack of knowledge whether antibodies are contagious or not and your lack of scientific evidence of any “isolation or purification” of the actual “HIV Virus”.
I quote your email below:
“We are not able to assist you in determining whether or not your husband actually had an HIV infection.”
I would like to thank you and the FDA for your written confirmation  above that no “FDA licensed/approved  HIV tests” are able to assist in determining whether or not someone actually has “HIV” infection.
As Chief you should perhaps report that to the head of the FDA so that you can erase the word “diagnostic” off your website for the safety of the general public.
Mr.Gardner – if you and the FDA are unable to determine HIV infection then you and the FDA are certainly not able to determine the presence of “antibodies” to an HIV infection.
Mark 4:22..For whatever is hidden is meant to be disclosed, and whatever is concealed is meant to be brought out in the open”
Most helpful – I will indeed quote you in all my future interviews and press releases.
God Bless
Trisha Morrison”
.
///
.
We are not able to assist you in determining whether or not your husband actually had an HIV infection? Anyone can do some simple research online and understand that HIV tests approved by the FDA are labelled as diagnostic tests. If the tests are labelled as diagnostic, specific to HIV and highly accurate as claimed; why can’t the FDA assist in determining whether or not Tommy had an HIV infection? At least they could of said that considering the accuracy of the diagnostic test, Tommy was HIV infected but that there are very rare cross reactions which is up to the doctor to identify and rule out after examining the patient. The scary part is that the doctor who gave Tommy the test admits to never have diagnosed him with HIV and that it’s up to the labs to actually come to the conclusion of a diagnosis while the lab says it’s the doctor who should be responsible for the diagnosis.
.
The fallacies behind HIV testing and the whole HIV/AIDS paradigm is something of monumental proportions and many who are aware of this issue consider it a crime against humanity. The CDC is urging doctors to include HIV testing as part of their patient’s healthcare. President Barack Obama’s HIV Care Continuum Initiative calls for mandatory HIV testing for everyone 15 to 65. Many people seem to care more about other health issues than they do about HIV because they believe it doesn’t affect them and many have forgotten about this issue altogether or do not believe it to be the deadly plague it used to be many years ago before the development of new antiretroviral therapies.
.
A positive HIV test for many people is devastating. The fear of the virus itself is enough to cause illness and psychiatric problems in people as well as destroying relationships, families, careers etc. People who have been labelled HIV positive are unable to get non biased healthcare because no matter what is the underlying issue of the medical condition they may be suffering from, all the doctor can see is the virus.
.
The antiretroviral medication itself is extremely toxic and causes a list of debilitating and deadly side effects to the point of being labelled as black boxed drugs by the FDA; the category in which the most deadly pharmaceuticals are placed. It’s time to start questioning and demanding answers because pretty soon this may be something which will affect us all; even those who are not considered at risk for contracting HIV.When you consider all the possible cross reactions, the non specificity of the test and that a positive result could possibly ruin your life would you take an HIV test?
.
I know I wouldn’t.
John Strangis