How to Discuss Drinking with Your Teenage Son 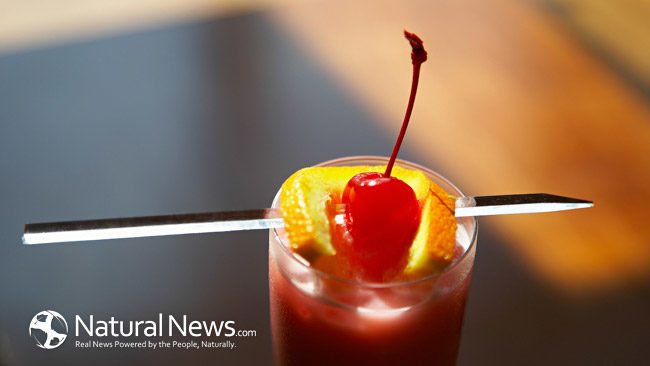 Today, over half of American youths between ages 12 and 20 have experimented with alcohol. Both genders face the same experimental rates, and both face incredible dangers of binge drinking, car accidents, alcohol poisoning and prolonged health problem. Whether you’re aiming to connect with your teenage son about alcohol use, considering a discussion about alcoholic rehab centers or are concerned for your child’s future, you should tread lightly.

A discussion about alcohol isn’t necessarily difficult, but such topics, when proposed to male teens, require several specific approaches. Before discussing drinking with your teenage son, take a few things into consideration.

Your Son is Growing Up, and Fitting in is Hard

Remember: Your son is still a teenager. As children reach adolescence, “fitting in” becomes vital to their social survival. They’re more self-conscious, deal with body issues and are more likely to take risks. Your son is probably worried about how he measures up to his classmates, sports team members and the media.

For this reason, alcohol is much more than a drink. It’s a social symbol. Your son’s growing independence, whether visible or not, is heavily dependent upon his outward opinions about alcohol. Before approaching your son, respect his growing independence. In doing so, you’ll set the stage for a positive discussion.

As mentioned above, adolescence is a troubling time. You’ll need to foster a personal connection with your son before bringing up the dangers, responsibilities and potential downfalls of alcohol consumption. If you approach the situation bluntly, you’ll conflict with your growing son’s need to be understood.

Above all: Don’t tell him he’s wrong. This doesn’t apply directly to alcohol, either. Establishing a durable connection requires flexibility. Just because your son wants to do different things, talk to different people and aspire to a different future doesn’t necessarily mean he needs to be confronted.

That said, he should be confronted if such behaviors are risky to his mental or physical health. Again, a parent-son relationship is a key component about discussing alcohol.

Be Supportive, but Be Firm

When it’s time to bring up alcohol, be prepared to give a supportive, but firm response. 17 percent of eighth graders drink, currently, and 64 percent of kids the same age consider alcohol easy to obtain. Your son, statistically, is likely to have been presented with alcohol at some point.

Be supportive, and let him know exposure to alcohol doesn’t immediately put him in trouble. It isn’t fair, anyway, to punish a child who’s simply witnessed alcohol presentation. By destigmatizing alcohol, itself, you can open the floor for conversation. Remember: Alcohol, itself, isn’t necessarily bad. Drinking underage, or irresponsibly, is.

If you approach the alcohol topic from an age standpoint, you’ll break through easier. Tell your son alcohol is restricted to individuals over age 21 for a reason. Discuss the health risks, social risks and legal risks of drinking underage. Again, be conversational. Work with your son, not against him. Show your son you care about his health and help him understand that underage consumption can damage his future before it even begins.

Aim for a Win-Win Experience

Ask open-ended questions, and ask your son how he feels and thinks about alcohol consumption. If you feel the need to, ask him, directly, if he’s drank before. Don’t, however, presume this is the only way to discuss the subject. Avoid questions ending in “yes” or “no,” and instead aim for a win-win experience. Don’t lecture your son, but show him you respect his viewpoint.

In some cases, teens fall into heavy alcohol abuse. If your son is struggling with alcoholism, legal troubles or health problems, consider discussing alcoholic rehab centers. Additionally, research inpatient alcohol treatment centers yourself. Make it clear to your son that alcoholism treatment centers serve to help, not hurt. A lot of teens stigmatize alcohol rehab as “useless,” or “uncool.”

Discuss the risks of losing an educational future, the ability to legally drive or even relationships. Your son is human, too, and he cares about his health, his friendships and his future. Discussion is always important, and discussion with your son, if rough around the edges, is entirely possible.

I am a passionate health and wellness writer. I enjoy skiing, yoga, workout, searching for the perfect wine and chocolate combination, and spending time with friends.