Discover the 3 quick steps to reaching any goal 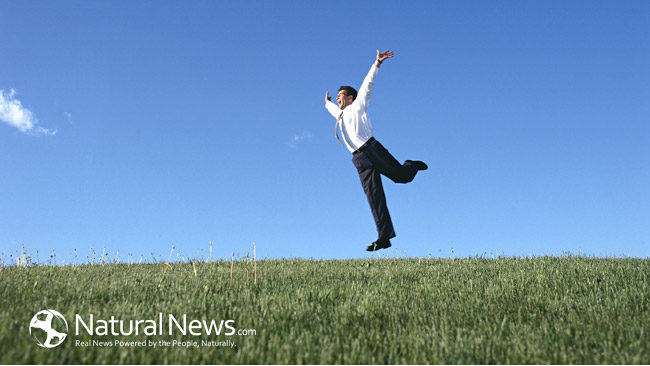 The act of setting goals to accomplish has a long and storied history, with hundreds of books about the process published in the past few decades. There are planners, lists, charts, abbreviations to remember and more that are designed to assist you in reaching your goals.

There is nothing inherently wrong with this, but it is interesting to take a step back and review the success rate of goal-setting in your own life.

Every New Year, hundreds of thousands of people (or more) diligently set about making their New Year’s Resolutions. However, as the months tick by, so many resolutions end up being brushed under the rug, so to speak. Until the next new year rolls around and we start the process all over.

This usually doesn’t feel too good, does it?

Setting goals and working to accomplish them are noble efforts. However, could there be a better, easier, more enjoyable way to approach your desires? Because that’s what goals are, after all, things you desire. Whether it be to lose weight, make more money, kick a habit, or any other goal – they are in essence, desires.

According to the teachings of Abraham, as translated by motivational speaker Esther Hicks, there is another way to look at this.

In the video below excerpted from a workshop, Hicks is having a dialog with a young man who is struggling to figure out how to use the knowledge he has obtained from many books about goal-setting, with the teachings of Abraham, who says that effort and struggle are not required to reach your desires.

“If goal setting makes you feel good, then that is the right approach, if the affirmation you are speaking fills you up with a feeling of at-oneness, then it’s a really good affirmation,” says Hicks. “However, if your affirmation just reminds you that something you’ve been asking for a long time still hasn’t happened, the affirmation is not a productive affirmation.”

She goes on to say that just going through the motions of goal setting, affirmations, scripting and positive thinking won’t help you if you don’t have your energy lined up. In other words, does it feel good? Or do these things feel like a struggle?

“There are a lot of people that just try too darn hard,” adds Hicks.

3 steps to achieving your desires

If your goal-setting makes you feel inadequate, or like something is missing, then it will not be something helpful to you.

There are three phases that Abraham teaches to get your desires:

As far as goal-setting, this is something you do subconsciously all day, every day. You don’t necessarily think of it as setting goals, but nevertheless your experiences create desires in you regarding what you want, and what you don’t want.

“For the most part when we see people set goals, it backfires because it puts a timeline on something they want that hasn’t happened, and then they feel anxious as they watch the time tick by,” says Hicks. “So, the timeline didn’t serve them, instead it contradicted their vibration.”

If you get caught up in struggling toward reaching goals, then you are holding yourself in the step one phase, and not relaxing into the allowing state, where your desires (goals) are reached.

“It’s like, because this thing that I want hasn’t come, then I must ask for it more. I’ll keep asking, and keep asking, I’ll keep saying I want it, I’ll keep talking about wanting it, and when you stay active in step one, you can’t allow step three…which is the answer.”

So, how can you turn this perspective into your favor?

If you can feel happy and positive about your goals, then by all means, set them. There is no right or wrong here. It is all about how you feel about the process, because that is where the successful reaching of your goals and desires comes to fruition.

Let it be fun, let it be a game. When you approach your goals in this fashion, you are putting yourself into the best state of being that will allow you to receive them.

See more examples of this here.