Did NASA Really Send Astronauts 1000 Times Further Than They Can Today – 50 Years Ago? 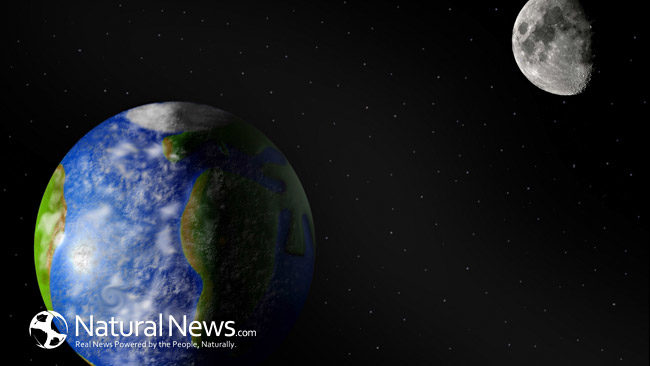 I grew up as the biggest fan of the “moon missions”, idolizing them since I was a child. As a four year old in 1969, my Air Force Major father gave me a VIP publicity packet of “Apollo 11” pictures. It contained a dozen 9×12 color photographs of the mission, which I thereafter hung on my cherished bedroom wall shrine to immortalize the occasion.

I saw these pictures of “men on the moon” every day for ten years, or some 3650 times, from the age of four to fourteen, before I even considered the possibility of their falsification. Fortunately, as a fourteen year old, I was still open-minded enough at the time to consider, at least the possibility of, a grand government deception about the technologically unrepeatable moon landings, done on the first attempt with 1960’s equipment, yet impossible today, even with 50 years of improved rocketry and computers.

I am a big fan of Mike Adams and Natural News. He is one of the ultimate “Truthers” on the planet. At the same time, I am fearful that this moon-landing-fraud subject is too controversial even for him. Yes, I believe that the earth is a sphere and that manned space travel into earth orbit is possible, and that unmanned probes beyond that are possible as well. This is about arrogant government corruption and their falsification of scientific data, not geography. The shape of the earth could be a triangle, and our federal government is still corrupt beyond imagination. If they are corrupt enough to kill millions of innocent people in repeated needless wars, then I think they are capable of counterfeiting one accomplishment in a television studio.

We have to take a stand for the Truth, even if it is unpopular or sounds “crazy”.  Mike, if you publish this article on Natural News, I will give you a chance to have the exclusive first release of the following information, which I was previously reserving for my 2020 book’s release.

One of my high-ranking military sources observed the filming of the first “moon mission” himself. He did not want his testimony published until ten years after his death, which has now passed, for fear that his family could be murdered as retaliation. He was even warned of this specific penalty, face to face by threatening superiors, 50 years ago when he first eyewitnessed the “moon landing” being filmed inside of two airplane hangers at Cannon Air Force Base in Clovis New Mexico.

It was June 1-3 in 1968, about a year before the first official “moon landing” supposedly took place. President Johnson said that the United States federal government was going to achieve martyred Kennedy’s goal to put a man on the moon by the end of 1969, “Come hell or high water!” The only way for the President to assure its success, and not risking killing three national heroes on live international television, was to stage it, like a bluff in poker.

President Johnson personally authorized the faking of the moon landing in order to guarantee its success. Therefore, the military code name for the deception was called “Slam Dunk”, in that by faking the moon mission, thus guaranteeing it, made it a “Slam Dunk”, or an easy victory.

President Johnson gave my military source, who was the security chief for Cannon Air Force Base, his personal list of names whom he permitted to enter the facility in order to observe the unusual event. President Johnson himself was there for the first of three days of filming on the elaborate “moon” set, which was supervised by the United States Air Force’s “Special Operations Unit” and the Central Intelligence Agency’s “Slam Dunk” task force.

These are the names, in the order in which they appear, on President Johnson’s list of permitted visitors into the secure airplane hanger inside of Cannon Air Force Base . . .

Even though President Johnson was eligible for reelection the following year, as he only served a quarter-term after President Kennedy’s assassination, he smartly decided not to run. Historian’s assumed that this was because of the controversial Vietnam War, yet Nixon was elected twice by landslides regardless of the same. The real reason for Johnson staying out of the Oval Office in 1969 was that the faking of the moon landing was about to occur, and who knew if that would work? If Johnson got caught doing it, that would be one heck of a legacy to leave for all time, so he adamantly avoided that potentiality.

Democrat Johnson instead meticulously laid the groundwork for the moon landing fraud, which Republican Nixon obviously approved, yet was still too fearful of it to even show up for the historic launch, literally distancing himself from it, should the deception unravel. This should show us clearly that the battleground before all Americans is not “Democrat vs. Republican”, as that is just as much of a distracting ruse as the moon landings are. The dragon for all Americans to slay is the United States federal government, who’s CIA murdered Kennedy, attacked their own soldiers to enter the Vietnam War that killed a million souls, and who had the arrogant audacity to siphon 175 billion dollars from the people under their care to stage the moon landings, thereafter spending the money on all of these illegal murderous activities.

If we do not put a stop to all of this, then American’s hard earned money will be used to buy the very bullets to kill their own honest countrymen, who are in the process of exposing this corruption for the benefit of all. Exposing the moon landing fraud is just the right medicine that the sick American nation needs, as the disclosure of this outrageous deception would finally bring about a much needed overhaul of the corrupt United States federal government and its many rogue “intelligence agencies”.

I recently confirmed the details of this foregoing information with my military source’s son, who house was then burglarized a few days later. The only things stolen were the documents relating to this event. A few days after this, he received two more visitors, this time face to face, who threatened the lives of his children if he spoke of his father’s participation in the moon landing fraud to a journalist ever again. I have notified the Tampa FBI to provide whistleblower protection for him.

My sources name, who was the head of security at Cannon Air Force Base in 1968, who personally eyewitnessed the faking of the first “moon landing” there inside of two airplane hangers converted into a large television studio, was Cyrus Eugene Akers.

I produced a half million dollar documentary on this subject (linked below), which was entirely financed by a prestigious board member of an aerospace company that builds rockets for NASA. He knows from an engineering point of view that the supposed moon rocket did not have enough fuel to leave earth orbit, that the lunar module batteries did not have the capacity to run air conditioning nonstop for three days against an outside temperature of 250 degrees F, and that antique NASA computers, which were one-millionth as fast as a cell phone, did not have the ability to calculate thousands of mile per hour trajectories in real time without inadvertently killing the crews. This is precisely why all of the moon landing equipment, the specifications, the flight data, and the original videotapes, were intentionally destroyed afterwards. This itself is proof of the fraud, because if you spent 175 billion dollars to develop a real technology, the last thing you would do is destroy all of the costly hardware and data afterwards.

Here we are, fifty years later, and instead of space travelers being in another solar system by now, having been to Mars ten years after the moon landing, four decades ago, and with several established moon bases there today, none of which ever happened, NASA can now only send astronauts one-thousandth the distance to the moon, even with five decades of better rockets and computers. If I told you that Toyota, 50 years ago, made a car that could go 50,000 miles on one gallon of gasoline, yet today, with five decades of better technology, their best car can only get 50 miles per gallon, or one-thousandth the distance, you would easily recognize the first claim as the forgery that it was.

If it were not for people’s pride and emotional attachment to this grandiose boast, they too would equally recognize the unrepeatable claim, also with only one-thousandth the capability fifty years later, as the corrupt government fraud that it sadly is. Seeing how it is impossible for technology to go backwards, which it seemingly has, though only in this one instance in the entire history of the world, it can only mean that the 1969 claim was a scientific forgery. It is that simple, and that corrupt.

Filmmaker - Writer at Sibrel.com
Bart Sibrel is an award winning filmmaker, writer, and investigative journalist, who has been producing television programs, documentaries, music videos, TV commercials, and stage plays for over thirty-five years, starting at the age of eighteen, hosting his own Television Talk Show. Sibrel has owned five video production companies, been employed by two of the three major networks, worked as a television news reporter, produced videos shown on ABC, NBC, CBS, CNN, TLC, USA, BET, and has appeared as a seasoned actor on the stage and screen over five hundred times. Articles featuring Sibrel's films have been published in Time Magazine, The New York Times, The Washington Post, and USA Today. His awards from the American Motion Picture Society include Best Cinematography, Best Editing, and Top Ten Director.