Have Diabetes? Use these 5 Remarkable Foods to Control It Today 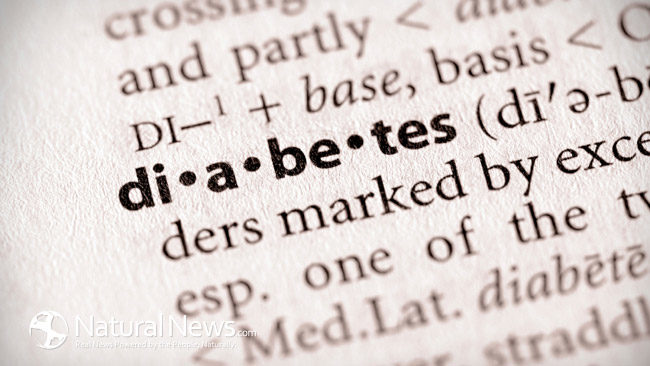 The chronic hyperglycemia of diabetes is associated with long-term complications due to oxidative damage, which is thought to cause dysfunction, and failure of various organs, especially the eyes, kidneys, heart, nerves, and blood vessels.

The resulting ailments/diseases caused by oxidative damage can always be a major concern for diabetics and their caregivers since they are debilitating in nature, thus, diabetes is termed as a degenerative disease.

Several factors can contribute to hyperglycemia in diabetics, including food and physical activity choices, illnesses, nondiabetes medications, or skipping or not taking enough glucose-lowering medication (for those depending solely on anti-diabetic drugs).

Controlling blood glucose at all time should be a top priority for diabetics.  The following nutritious foods are believed to be beneficial when included in your diabetes diet to help lower blood sugar, reduce inflammation, and gain other health benefits including slowing down oxidative damage.

A certain variety of white skin and flesh sweet potato (Caiapo), has been suggested to improve diabetic symptoms in individuals with type 2 diabetes. Studies have found that the Caiapo sweet potato may decrease fasting blood glucose and LDL-cholesterol levels, as well as increase insulin sensitivity.

In the USA, you can use Beauregard variety of sweet potatoes, which makes up about 85 percent of the production in North Carolina are said to contain essentially the same protein patterns as a commercial dietary supplement known as Caiapo.  A study found glycemic index of raw skin and boiled flesh of Beauregard variety of sweet potatoes to be about 31.

Note: Other varieties including orange and purple ones are not be suitable as their glycemic indices are high.

The mixture is thought to help control blood glucose levels in diabetics.

Studies are not available at this moment to back the suggestion. Still, even though it is based on anecdotal evidence, no harm for you to try. The glucose-lowering effect of the mixture might due to synergistic effects of various nutrients, including proteins, vitamins, and minerals.

Some people may experience dry throat after taking the mixture and feel warm all over the body. Take the suggested dose of the mixture along with a ½ teaspoon of Gotu Kola, which also possesses anti-diabetic activity. Prolonged used of Gotu Kola is said to help improve lipid profile too.

A teaspoonful of virgin coconut oil (VCO), taken first thing in the morning is believed to help control blood glucose levels in diabetics. The mechanism how it does that is not known. Take a teaspoonful of VCO, twice daily.

One of the proposed mechanisms for the formation of diabetes Type 2 is downregulation (cell membranes produce fewer insulin receptors) of insulin receptors resulting from high insulin levels (hyperinsulinemia), which in turn, cause the cells to produce fewer GLUT4 (glucose transporter type 4, responsible for bringing in glucose into the cells).

Thus, regular VCO intakes can possibly repair this impaired mechanism, first by joining other lipids to become part of the lipid bi-layer structure. This may result in the process of upregulating (cell membranes produce more insulin receptors) of insulin receptors, consequently, more GLUT4 is produced by the cell. The more GLUT4 is produced, the more glucose is taken in into the cell.

Smoothies consists of half-boiled broccoli, unripe banana with peel (also half-boiled), and other green vegetables (optional) can also be very helpful in controlling blood glucose levels. Take a ½ cup, twice daily. At the same time, you may also take ¼ cup of fresh milk or coconut milk.

Studies in diabetics have indicated that broccoli may reduce insulin levels and protect cells from harmful free radicals resulting from metabolism.

As for unripe banana, it offers low glycemic index as it contains less sugar and more resistance starch. Resistance starches are long chain glucose resistant to digestion in the upper part of your digestive system. Even, microbiota in the small intestine cannot metabolize it.

However, good news is microbiota in your large intestine can convert resistance starches into invaluable chemicals including butyrates, which is used as a fuel that provides energy for epithelial cells of the colon (colonocytes).

Studies have demonstrated that feeding resistant starch to microbiota may be linked to improved metabolic health, hence, resulting in blood sugar control.

In fact, the latest research finding based on a study on blood sugar control in women with type 2 diabetes has indicated some interesting results: participants supplementing with resistant starch had better blood sugar control than those who didn’t over an 8-week period.

In my opinion, therefore, unripe banana together with its peel can possibly have a bright future as an agent to control high blood glucose in diabetics.