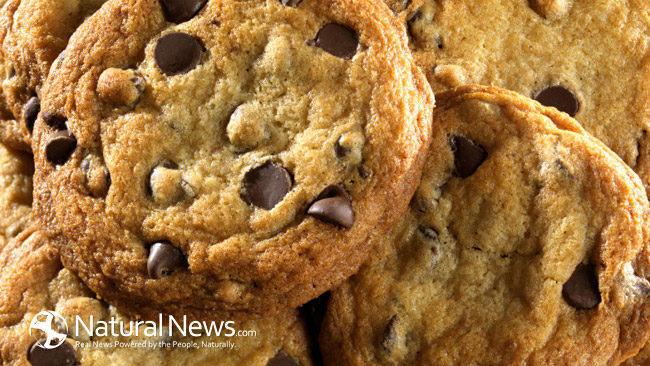 The Paleo diet is designed to be a healthy one, healthier than the average diet anyway, but contrary to what many people think it is not terribly boring and although junk foods – as in processed foods – are a no no that does not mean that you can’t indulge few cravings once in a while.

Everyone deserves a sweet treat occasionally and although shop bought pastries and cookies and even most pies are off limits there are still some great sweet dishes that are Paleo compliant, not too loaded down with calories and still very satisfying. You can even make Paleo friendly icecream!

What could be better than a chunk of delicious chocolate? A piece of completely paleo friendly, but truly tasty, Paleo Bark. After you have tried this scrumptious treat just one we are willing to bet that you will never be tempted by regular chocolate again (well, not a lot anyway)

Fill a largish bowl with water, place it on a low heat and place a bowl on top, adding the chocolate. This creates a ‘double boiler’ that will allow the chocolate to melt smoothly and evenly. When it is all melted remove the bowl. Add pepper flakes to melted chocolate and stir to combine.

Next spread the chocolate mixture on a large parchment lined baking sheet and sprinkle with the remaining ingredients. Refrigerate for at least 2 hours and then peel parchment (carefully) away from the bark and break into pieces using the back of a cooled tablespoon.

If you are following a Paleo diet ‘regular cookies’ are off course now completely off limits. Whip up a batch of these cookie alternatives though and that won’t ever be a problem again. Easy to make these cookies do not even contain nut flour, making them suitable for everyone, no matter which ‘version’ of the Paleo diet you are following.

Line a baking sheet with foil and preheat your oven to 350. In a bowl combine together all of the ingredients listed above with the exception of the chocolate chips. When mixed well add them in.

Divide the mixture into ‘dollops’, spacing them about an inch and a half apart on the baking sheet. Bake for 10 minutes, remove from oven and then set out at room temperature for ten minutes to ‘set’ before plating, storing, or just eating them.

This is a rich and satisfying bread alternative that takes the concept of banana bread and then takes it to the next level.

Preheat your oven to 350. In a large bowl combine together flours, sugar, cinnamon and baking soda. Mix well. One by one add remaining ingredients leaving the pecans until last. Mix well. Line a bread pan with parchment paper (for easier removal) and the pour mixture in. Bake for 45 minutes or until a toothpick inserted into the middle of the loaf comes out clean.

No need to feel left out when everyone else is tucking into a bowl of conventional dairy based icecream, because this Paleo friendly alternative is every bit as creamy and satisfying, just without all of that dairy. Plus all of the antioxidants in those scrummy blueberries are great for your nails, skin and hair so you can just tell people you are eating to get prettier!

In a medium sized saucepan combine blueberries and honey. Allow fruit to ‘cook down’ by simmering slowly until the berries burst and you are left with a thick, jam like substance. Stir in vanilla, lavender and salt. Cook for a few minutes more, remove from heat and set aside to cool.

In a medium sized bowl combine coconut milk, remaining honey and almond extract. Stir in cooled jam, mix well. Pour into lined bread tin and freeze for 6-8 hours before serving. Alternately, if you have one the mixture could be used in an icecream making machine.

This sweet treats are just the thing to cool you down on a hot day and would also make a great desert snack for your next barbecue or picnic. Kids love them too, and won’t even know – or care – that they are Paleo.

Pulse dried fruit in a food processor until they break down. In a mixing bowl combine together coconut milk and ¼ cup organic honey. Mix well, stir in pulsed fruit. Pour mixture into a bread tin and freeze for 4-6 hours.

When icecream is fairly solid (but not rock hard) scoop into small disposable cups so that each one is half full. Mix together remaining honey and fresh strawberries and then spoon into cups to fill them. Press a craft stick into the middle of each one. Freeze for 1 to 2 hours. Remove frozen popsicle from cup by gently pulling the stick, serve.

Bio: I have been interested in alternative health and optimum diet for years now, since I was in my teens. As a woman also fascinated by fashion and hair health. I began researching various diets a few years ago and happened upon the concept of Paleo eating. Personally since beginning the plan, which allows for no processed foods, I feel much better in myself. Many people do think however that Paleo is boring and too restrictive so I write about the interesting and tasty side of paleo eating as well as all of the positive benefits it offers for your overall body, hair, skin and nails.