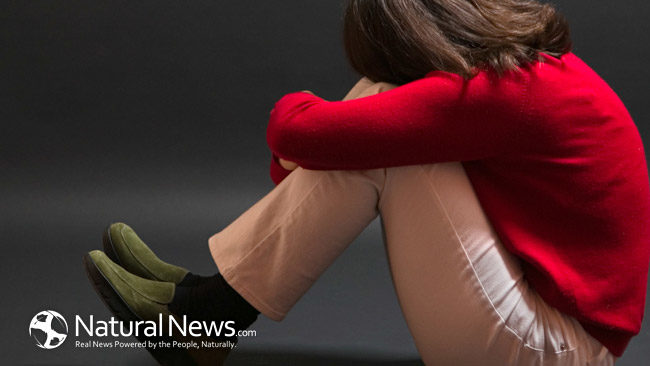 In 1990, the Global Burden of Disease (GBD) study listed depression as the 4th leading cause of disease burden worldwide. In 2000, the GBD listed it as the #3 cause. In the latest GBD study from 2010, it is now listed as the 2nd leading cause of disease burden and disability in the world. Over the same period of time, our understanding of the link between the gut and brain has undergone tremendous leaps forward whereby we now know that health and function of the brain is intimately linked to the health and function of the digestive tract. A loss of the gut’s ability to prevent passage of microbes from the intestines into the bloodstream has been identified as a cause of Major Depressive Disorder by researchers from Belgium. Fungal candida possesses an ability to escape the confines of the intestinal tract and travel throughout the body, even when the intestinal barrier is intact. It’s ability to drive inflammation of the nervous system positions it as one of the most likely causes or co-factors of depression in anyone who has ever received antibiotics.

The Belgium researchers also identified Lipopolysacharides (LPS) as another factor in depression, as it drives inflammation in the brain. In my post on antibiotics and LPS causing a “Leaky” Blood-Brain Barrier, I discussed how antibiotics induce a state of chronic inflammation in the brain by flooding the body with LPS and altering BBB permeability. These changes can then lead to Alzheimer’s, Parkinson’s, Autism, Multiple Sclerosis (MS), dementia, and other neurological diseases. Another recent study by Japanese researchers also identified Chronic Fatigue Syndrome (CFS) and Myalgic Encephalomyelitis (ME) as a result of chronic brain inflammation. Fungal candida is implicated in conditions such as MS, CFS, ME, arthritis, psoriasis, and other autoimmune diseases by researchers in Germany and Switzerland. The primary factor in the relationship between candida and depression, as well as a long list of other conditions, is inflammation.

Researcher Cristina Zielinski, showed that one common mechanism between candida and many diseases is the Th-17 immune response, a highly pro-inflammatory response. Another immune response, IL-1b also drives inflammation of the brain tissues and is commonly produced in response to fungal candida in the body.

An additional effect of fungal candida in creating depression is its ability to play a role in creating blood sugar imbalances such as hypoglycemia and diabetes. Fungal candida produces a class of protease enzymes called Secreted Aspartyl Proteinases (SAPs). Proteases were found to reduce the effectiveness of the hormone, insulin, by chopping off the receptors found on cells, by researchers out of the University of San Diego.

Fungal candida can also play a role in creating diabetes through its pro-inflammatory effects and the induction of the body’s TH-17 immune response. The creation of blood sugar imbalances is associated with depression and depressive behaviors. These effects can once again be linked to an increase in brain inflammation associated with hypoglycemia and diabetes. Researchers at the University of Washington found that depression was “significantly associated with…hypoglycemia.”

Many people who are depressed have a tendency to eat more sweets, which then feeds candida and then re-activates the cycle of candida, blood sugar imbalances, inflammation, depression, and more sugar cravings.

It’s difficult to separate the mind from the body, as the health of each impacts the health of the other. We have seen people who have had depression for over 30 years, and have treated it with psychotherapy and medications with no end to the depression. It was only once they broke the cycle of imbalances created by fungal candida that they were able to leave the depression and medicines behind them. Psychotherapy has its place, but physical imbalances should also be considered. Addressing the physical component can lead to a faster resolution of many imbalances that are just as important, and in some cases perhaps, the most important component to address. Addressing the psychological and physical components together is treating the whole body.

Get started on a healthier life today with Dr. McCombs Candida Plan.