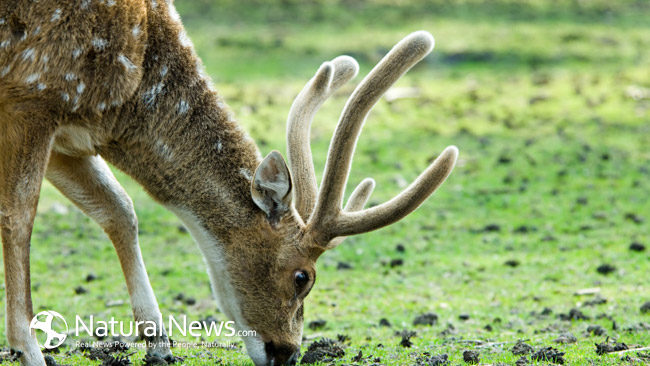 Deer antler velvet has been at the center of a sporting controversy in the early part of 2013, just a few weeks before the Super Bowl. The controversy pitted one of the fastest rising professional football players for having used the prohibited substance as a palliative treatment for his torn arm muscle.

Just what is deer antler velvet anyway? And why do sporting organizations ban its use?

Deer antler velvet is the soft spongy tissue that is found on the immature antlers of juvenile or young adult species of deer, moose, caribou, or elk. This area of the still immature antler is rich in a variety of minerals and other substances that have been used for many centuries in many parts of the world as an alternative medicine. The soft spongy part or cartilage is harvested under strict laboratory-controlled conditions and only the licensed and duly certified veterinarians and deer farmers are allowed to perform the harvesting.

What Does Deer Antler Velvet Contain?

Because the antler has not yet fully calcified, or turned into the compact and dense bone that it is known for, it is a rich source of a variety of substances such as magnesium, calcium, zinc, and several amino acids including prostaglandins that are the body’s natural inflammation suppressants. Aside from its anti-inflammatory properties, prostaglandin also functions in other metabolic processes including hormone regulation, smooth muscle activity, and control of cellular growth and development.

Deer antler velvet also contains glucosamine, collagen, and chondroitin all of which function in suppressing the pain and inflammation of the joints as can be seen from individuals suffering from arthritis or even osteoarthritis.

Perhaps one of the most controversial ingredients of deer antler velvet is the Insulin-like Growth Factor-1 or IGF-1. Scientists believe that IGF-1 has a very strong anabolic effect especially on adults. Anabolism is often associated with building muscles and improving the overall strength and tonicity of the different muscles of the body.

What are the Benefits of Deer Antler Velvet?

The extracted components of deer antler velvet are not necessarily harmful per se because all are important components of optimal cellular functioning. However, when used in a situation where other people do not have access to it, it gives an unfair advantage to those who have access to deer antler velvet. In sports where competition should be fair, this is a definite no-no.

Nonetheless, deer antler velvet has been known to provide the following benefits.

Unfortunately, it is for this exact same reason that sporting associations are having it banned from athletic events. There is actually merit to their case because sports should be a competition where fair play and integrity is a must. If every athlete were to use deer antler velvet, then that levels the playing field and they might not ban the substance anymore.

So technically, the government is not banning deer antler velvet because it is harmful to the body. they are banning it because it gives an unfair advantage to some people in a field where fair play is the basic rule of the game.

Nonetheless, if used in other fields, deer antler velvet is truly a one-of-a-kind food supplement that everyone should consider on trying.