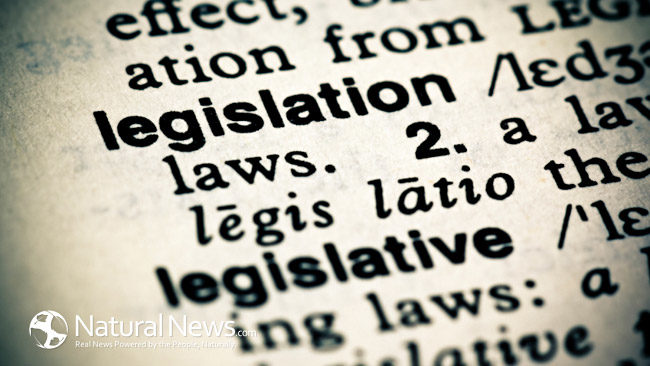 Liberals pretend as though the American government is out here locking people up unjustifiably and deporting innocent people, yet, Liberals NEVER acknowledge the crimes they are committing daily across America. There is a clear difference between political activism and political radicalism, and the Left has moved so far Left; now there are soccer-moms pushing the overthrow of the government and the subversion of the 2016 election.

There is more going on than Liberals just expressing their dislike for President Donald J. Trump. Seditious Liberals have taken to openly calling for the overthrow of the government, the abolishment of law enforcement, the abolishment of borders, and the destruction of America…yet they are given major platforms to speak from (rhetorical question)!? It could be strongly argued that the reason the political situation in America has become so divided is because these political activists on the Left (including in the media) have been allowed to push Marxist propaganda on the people.

Marxism, more accurately “Cultural Marxism,” has become the platform of the modern-Left in America, and they are pushing this radical-Left ideology hard in America right now. Cultural Marxism calls for the destruction of capitalistic societies by invading the culture and changing it from within. They take Marxism, which is mainly an economic theory, and they are turning it into a culture war where they are openly calling for the destruction of American values, and the American way of life. These people are brainwashed TRAITORS to America, and the American system, and we need to begin holding these people accountable for their CRIMES which hide in their political activism!

Take for example the chants these groups of seditious radicals are chanting when they meet in the streets. “No Trump, No wall, No USA at all…” – or sometimes their signs straight-up say “kill-Trump!” Average Americans who were waving an American flag 10 years ago are now BURNING the American flag when they meet in the streets with the fellow seditious radicals. Before they became open TRAITORS to this country, perhaps they should have read the laws regarding what their political party is telling them to say and do…

Shall be fined under this title or imprisoned not more than twenty years, or both, and shall be ineligible for employment by the United States or any department or agency thereof, for the five years next following his conviction.

If two or more persons conspire to commit any offense named in this section, each shall be fined under this title or imprisoned not more than twenty years, or both, and shall be ineligible for employment by the United States or any department or agency thereof, for the five years next following his conviction.

NONE of these average Americans turned political radicals have put one ounce of thought behind what they are doing. They are openly committing crimes in their political activism because their television or newspaper told them to act like this. MSNBC, CNN, ABC, CBS, NY Times, Washington Post, NPR and many other Leftist media outlets are telling their audiences to hit the streets and openly call for the subversion of the 2016 Presidential election. WHY are these seditious media outlets and their seditious brainwashed minion followers being held accountable for their actions in this nation?!

There was a time in America’s history when this would not had been tolerated for one second! America used to stand staunchly and overwhelmingly AGAINST Marxism and the radical Left political ideology. The reason for this is because Marxism brings TYRANNY with it, and Socialism/Communism has FAILED repeatedly everywhere it has been attempted. Yet, for some strange reason, the American people are being FORCED to deal with Marxist traitors in this country, and those traitors are NEVER held responsible.

The Liberal-Left has become far more than just the opposing party to the Republicans. This entire movement of seditious radicals SHOULD have been stopped in its tracks many years ago, however, instead we allowed these Marxists to invade our government, new media and our entertainment. The seditious Left is using their large platforms to push a radical ideology and call for the destruction of the United States and are not being held accountable, therefore we will see MORE soccer-moms become political radicals.