Dementia: Not gone, not forgotten 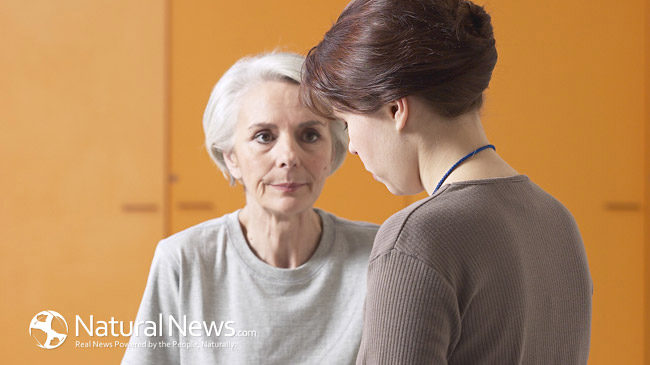 Almost everyone has directly or indirectly experienced the heartbreak of watching a friend of family member start losing mental capacity, becoming increasingly forgetful to the point of needing constant supervision. Following news reports, it’s difficult to deny the steadily rising numbers of dementia and Alzheimer’s cases with earlier-than-ever onset.

Baby Boomers watched as their aging parents’ health declined. Now, between changing baby’s diapers, the thirty-something “Sandwich Generation” is faced with seeing their own parents’ health, vitality and memory start to deteriorate.

Although researchers are motivated to find ways to improve health and longevity, not just put people into assisted living, there is little attention being given to a long-proven way to help: Hyperbaric oxygen therapy (HBOT).

Hyperbaric oxygen chambers have been in use for more than 300 years and are at long last FDA approved for an extensive list of ailments. There are at least 150 more health issues that thousands of patients report remarkable health benefits from using this unpretentious technology. Stroke prevention and recovery, brain injuries, Parkinson’s and other neuro-degenerative conditions have seen dramatic improvement from hyperbaric support.

Exceptional success is being documented utilizing hyperbaric chambers with early stage Alzheimer’s, dementia, and memory loss. The principal effect of HBOT is increasing the solubility of oxygen in plasma to a level sufficient to support tissues with minimal oxygen supply carried on by hemoglobin. Clinical studies published in 2014 present convincing evidence that hyperbaric therapy can be the coveted neuro-therapeutic method for brain repair, capable of increasing tissue/cellular oxygenation and effectively evoking neuroplasticity in the chronically vascular-lesioned areas.

These results offer extraordinary promise for a disease running rampant in Western society.

“I see significant changes in vascular dementia patients by utilizing our treatments,” reports Paul Starke, owner of a Living Longer Medical Resort in Desert Hot Springs California, specializing in hyperbaric treatments, “and what’s proven for the cure works for prevention.”

Hyperbaric oxygen therapy is a treatment that builds new blood vessels and tissue in the brain, as well as reactivating dormant neurons. By doing so, it improves motor and language skills as well as memory.

As world renowned hyperbaric expert and Doctor of Naturopathy Zayd Ratansi, medical director at Living Longer Medical Resort says, “It’s simple: What causes strokes and so many other neuro-degenerative diseases? Lack of oxygen causing decreased blood flow to the brain. So, what makes sense to treat it? Flooding the brain with oxygen!”

The treatments consist of lying for an hour or so once or twice a day in a comfortable, roomy metal chamber simply breathing pure oxygen either through a mask or a plastic hood. Depending on the condition, results can occur fairly quickly, however the first twenty hours of treatment will show whether a patient will respond or not.

The biologic mechanism of age-related dementia differs greatly from vascular dementia and also from intracranial abscess and acute traumatic ischemias, two conditions for which hyperbaric oxygen is FDA-cleared to aid in healing healthy brain tissue.

“It’s a very relaxing experience,” reports Joseph, a 58 year old ischemic stroke victim who recently underwent forty hours of hyperbaric treatment at Living Longer Medical Resort. “With piped in music and a window to peer out of, I would fall asleep and wake up feeling energized and alert.”

After several sessions, the changes were remarkable, including the ability to walk without caregiver assistance.

Evidence shows that health gets affected in incalculable ways from the thousands of toxins we ingest daily just by living and breathing on this polluted planet. These chemicals build up until the body becomes overloaded, ultimately getting stored in fat cells, muscles, organs and brain tissue.

Hyperbaric has also been shown to be effective for pain management, heart disease, age regeneration, Autism, ADHD and the list goes on.

The device is used as immediate protocol for strokes and other diseases in Europe, however it is still not widely accepted or in popular use in the United States.

Hopefully, with enough clinical evidence and personal testimonials that will change.

For information about Living Longer Medical Resort go to: www.livinglongermedicalresort.com or call 800-980-5746