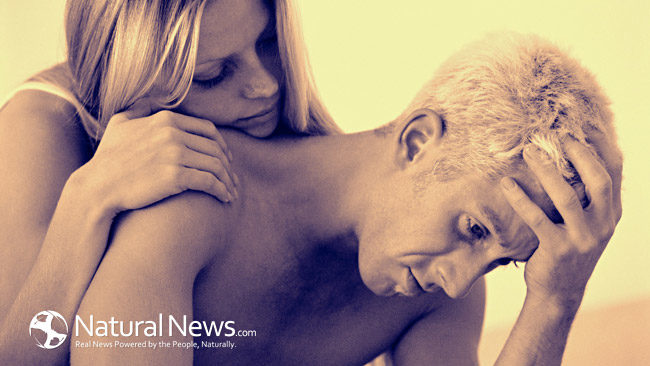 Do you want to learn how to delay ejaculation and last long in bed?, then this comprehensive article should help you.

They say good things don’t last long. Well not everyone agrees with that and certainly not when it comes to intercourse. Most people hold the belief that intercourse should last as long as possible and for some men when it is long, it means it is good

Guys often measure how good they are in bed to how long they are able to last which makes the issue of premature ejaculation a big deal in a relationship where a man suffers from it.

The question of how early or how late ejaculation should be depends on the parties involved although most people seem to believe that intercourse should last for certain number of minutes and anything short of that is too early. It is a matter of satisfaction derived from the experience and may not necessarily be subject to time spent. Men suffering from premature ejaculation tend to ejaculate faster than they or their partner want them to and when this occur repeatedly it puts a strain on the relationship as a whole.

Premature ejaculation puts a big question mark on a man’s prowess, cuts down his ego and so is a source of major concern to men who are affected leading them to source for various means of solving this. While there are quite a number of ways to go about solving the problem of ejaculating too quickly, I believe a good understanding of what causes premature ejaculation will help to prevent and also to find a lasting cure to it.

The whole make up and performance of man on bed is determined by the nervous system under the control of hormones specifically testosterone which regulates sexual desires, muscle growth, fitness, vitality and more and serotonin which controls feelings of happiness and sleep.

However there is a direct connection between these hormones and how long you are able to endure in bed. Any imbalance in these hormones will adversely affect how much time you can spend pleasing your woman before erupting

Men who have had bad experiences over and over again will develop a mental block in their subconscious. There is pressure on them to perform well and a shift on focus from enjoying intercourse to making it last longer which will only speed up your ejaculation rather than help you slow it down.

Pornography and rushing towards orgasm in the past

Other factors like stress and fatigue, infections and even heredity are also capable of causing premature ejaculation.

How do I last long in bed?

Tips to Delay Ejaculation and Last Long in Bed

Lasting long in bed apart from being a medical disorder can also be treated as a psychological one. Your performance depends largely on your state of mind and so a negative attitude might as well be what is responsible for your premature ejaculation problem. Men who suffer from premature ejaculation tend to become negative and see premature ejaculation as something that is part of them who they are. Rather than think that way it would do you a lot of good to positively reinforce yourself before intercourse. Also, focusing on enjoying its pleasures rather than on prolonging the encounter might just be the boost you need

Satisfying your partner is not all about penile penetration, there are a number of ways to provide yourself and your partner pleasure. So if penile penetration drives you over the edge too fast it is advisable you try other methods of sexual satisfaction. Lasting longer in bed might not necessarily be synonymous to prolonging time spent on penile penetration, try exploring each others body and focus more on providing pleasure for her through other means before, during and after intercourse. Being able to give your partner an orgasm before you release takes a huge load off your neck and it wouldn’t really matter anymore how much time you spend pulling in and out of her before you erupt.

Also you might want to consider changing your sexual position. Some positions don’t just favour you and might be pushing you faster towards ejaculation than you want to. While there is no perfect position and each man has to find one that helps him to last longer. Standing or the girl-on-top positions might help to delay ejaculation that way you don’t flex your muscles.

Like sports, making love require some practice and exercise too which can help you to last long on bed

Notable are the “Stop and start” method where you practice stimulating yourself and stopping right before ejaculating. This can be done individually with the help of your partner.

The other is known as the “squeeze method” where you squeeze method where you squeeze the base of the penis just when you feel yourself nearing the endpoint to dull the feeling for a few seconds before resuming. Both methods require a lot of practice since you would need to be familiar with how your body feels as you near your release point.

The second category of exercise are the physical exercises most notable in this category is the Kegel exercise popular for tightening the pelvic muscles but can also help in men to control orgasm. The pubococcygous (also known as PC) muscles which control the flow of urine are also the same muscles that control orgasm.

The first step in performing kegels is identifying your PC muscles which can be done by trying to stop in the middle of urinating. Your PC muscles are the ones responsible for this and once you can identify them you can practice by lying on your back with kness spread apart then flex your PC muscles contracting it for about 3 seconds then relax  for another three seconds and go again.

All in all, a combination of the above listed solutions might go a long way to help boost your performance and help delay ejaculation. However the problem to premature ejaculation is more psychological than biological and so a positive attitude is required to make the treatments more effective. Enrolling the help of a psychologist might be of help.

Ife strongly believes the human body is capable of self healing if given the right natural resources. He is a Naturopathic physician whose favorite quote is "Take good care of your body! You’ve got no other place to live in". He is presently an editor at Home of all natural remedies