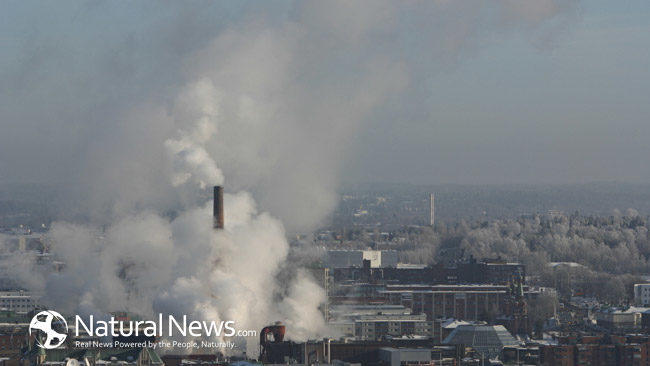 Our Mother Earth is desperately unhappy with our insatiable appetite for energy that is now being obtained through a technology called:  Fracking!

Our earth is compromised of an amazing complex balance of energy and frequencies.  The universe can be seen as a vast energy soup.  Everything we see, touch, feel, hear is composed of energy.  It’s what holds us together and what separates us.

When the cellular wall of the earth is disrupted, our entire planet can be compromised.  The process of “fracking” is an energy disruptor to our Mother Earth.  We shatter her face, poison her umbilical cord and choke her very breath, while we drill for profit and gain.  Fracking can be called, a blueprint for cancer or an expensive deception.

“The oil and gas industry and even our President have been misguided in their support of natural gas as a bridge fuel to a renewable energy future.”  “Natural gas that is leaked during the fracking process from wells, pipelines, compressors and processing units, eviscerates any advantage that gas might have over coal.  Methane, the primary component of natural gas is 20 to 25 more times heat trapping than carbon dioxide.”(1)

There are irreversible side effects from Fracking~

Air pollution from fracking can cause serious negative changes in the human brain and the air we breathe.  “There is evidence that residents living near fracking facilities can be poisoned in their sleep.” (2)

It is a fact that fracking disrupts our earth, our environment, our climate, our health and has been linked to cancer. (3)  Our thyroid gland secrets hormones.  Thyroid hormones affect our body’s metabolic rate.  Studies have now shown that when our thyroid glands are exposed to fracking fluids, our chances for cancer increase.(4)

“Among the chemicals that the fracking industry has reported using most often, all 24 that we have tested block the activity of one or more important hormone receptors,” said Christopher Kassotis, a PhD student at the University of Missouri, Columbia.”  “The high levels of hormone disruption by endocrine-disrupting chemicals that we measured, have been associated with many poor health outcomes, such as infertility and cancer”

“Recent studies have found that glycol ethers, toluene, and several other well-established chemicals known to cause birth defects and miscarriages are prominent as a side effect of fracking in the gas extraction process.”(10)

“Since hydraulic-fracturing technology ignited North Dakota’s oil rush, Halliburton and other oil-field giants have zeroed in on the tribal land.”  “There are 22 drilling rigs, 979 active wells and 148 on the verge of completion within the reservation’s boundaries, cranking out a quarter-million barrels a day.” (5)

“Despite all the oil money coming in from royalties and taxes, Three Affiliated Tribes are dealing with the oil production’s impacts and negative side effects from fracking.” (6)

“On the morning of June 28, 2014 toxic chemicals spilled into a tributary of the Ohio River, which supplies drinking water for millions of residents.  More than 70,000 fish died.  In Ohio, as in most other states, fracking companies are allowed to withhold some information about the chemical stew they pump into the ground to break up rocks and release trapped natural gas.” (7)   “The water used for fracking and other extreme well-stimulation techniques is contaminated with a host of dangerous chemical, including endocrine disrupters, highly corrosive acids, and carcinogens.” (8)  Fracking increases toxins in our environment, depresses our Mother Earth and depresses our health on a national level.

Some may have been duped into thinking that fracking is profitable, and possibly even good for our planet and our future.  We’ve allowed the potential dangers of fracking to be overshadowed by our growing demand for oil and our desire to achieve independence from importing foreign oil.  “The process of fracking involves drilling large wells into the ground, thousands of feet below the surface of our Mother Earth.  The well, makes a turn to horizontal drilling once it reaches the shale making accessing and later breaking up the rock formation more efficient and profitable.” (9)  The truth is-Fracking wells leak gases into groundwater and into the air without concern for any cancers caused.

As ridiculous as pink mops and pink chicken buckets are, Baker Hughes drill bits-advertises and is proud of “Pink Fracking”, with T Shirts labeled “Doing our bit for the cure!”  “Executive Director Karuna Jaggar talked with Samantha Bee of The Daily Show about “why pink drill bits for the cure are ludicrous and not the solution to the breast cancer epidemic.”  She said “Unfortunately these drill bits are doing more to cause cancer then to cure it.” (11)

Our intelligence has been Derailed:

Does anyone remember 11/14 the Senate stopped the approval of the keystone pipeline?  Then why do we have the “Senate Minority Leader Mitch McConnell(on 12/16/14) telling reporters that the first action taken on his watch will be passing a bill to build the controversial Keystone XL pipeline.”

“A bill offered by Sen. John Hoeven (R-N.D.) that would mandate the construction of the pipeline from the tar sands of Canada to the Gulf Coast.” (12)

It’s become quite obvious the majority of people don’t want fracking in their state.  Today we are so much more aware of the consequences and health challenges that fracking causes.  We are aware of the implications of fracking and cancer.  However, lobbyist have a bottom line and that is- Money.  Lobbying overpowers the vote of the people in most cases.  “A staggering $64.3 million on campaign contributions and lobbying efforts in recent years to pressure state lawmakers to allow high-volume hydraulic fracturing in New York.” (13)

“The Western States Petroleum Association (WSPA).  This group, according to Truth Out,(24) spent $4.6 million in 2013 on lobbying in California, and has so far spent $1.4 million in just the first 3 months of 2014.”  “Altogether, the oil industry, including WSPA, Chevron, and BP  spent more than $56 million lobbying the California Legislature from 2009 through 2013 in favor of fracking.”  The fracking ban failed.(14)

One has to wonder what Governor Jerry Brown was thinking when he recently signed legislation that would open California to a massive expansion of fracking.  This is earthquake territory.  “The wastewater produced from fracking and other extreme well-stimulation techniques is either disposed of in evaporation ponds, which can release contaminates into the soil,(23) water and air – or injection wells, which can cause earthquakes.”  “Earthquakes have been recorded in many other states that have fracking activity, including Oklahoma and Ohio.  Waterways are contaminated with oil and grease, high concentrations of salt, and in some cases small concentrations of radioactive material.”(15)

Interest in fracking Florida has been building.  Oil and gas companies are desperately wanting to begin fracking in this state.  It is estimated that 280 billion gallons of water would be damaged.  The people fear small businesses will be lost and jobs lost, along with a drop in tourism.  “Acid has long been used in oil drilling operations in Florida to dissolve and loosen the limestone bedrock.  But a drilling operation near Naples, on the western edge of the Everglades, was something new.  In December, Texan Dan A.  Hughes Co.  injected acid under pressure there, a process not used before in Florida.” (16)   While quality of life, air and oceans are enjoyed by most living in and visiting Florida, the Majesty of the Everglades is being threatened.

It’s time to just say No:

*“In Denton Texas, (on 12-5-14) residents voted overwhelmingly to ban fracking.  Now Denton is fighting back with lawsuits of its own.  The fracking ban taking effect on Tuesday Dec 8th, the Denton Drilling Awareness Group and Earthworks, filed intervention papers in both lawsuits, seeking to assert the right of citizens to decide what happens in their own neighborhoods. (18)

1-Politicians can be overzealous or seem insensitive to the damages caused by the decisions to frack.  When we frack we intentionally destroy our Mother Earth and our food supply for future generations to come.  There can be over 750 different chemicals us,ed in fracking fluid, which have been known to cause cancer.(19)  “Corporate insiders are still peddling the claim that drilling for methane gas will solve America’s energy needs.”(22)

2-“Benzene, toluene, ethyl benzene, and xylenes are naturally present in many hydrocarbon deposits, and may be present in drilling and fracking chemicals.  “These VOCs can cause symptoms such as headache, loss of coordination, and damage to the liver and kidneys.”  Benzene is a carcinogen.  “VOCs help create ground-level ozone, which can contribute to severe respiratory and immune system problems.” (20)

3-Fracking can strain water supplies and dehydrate our Mother Earth.  “An April report by the Western Organization of Resource Councils found that fracking is using 7 billion gallons of water a year in four western states: Wyoming, Colorado, Montana, and North Dakota.”  “Fracking’s growing demand for water can threaten availability of water for agriculture and western rural communities,” said Bob Leresche, a Wyoming resident and board member of the group.” (21)

Take a Second to Breathe:

Endocrine Disruption caused by fracking can damage the elimination process of our Mother Earth and our own elimination system.  Fracking threatens our life and the life of our children, the water we drink and the air we breathe.

Continuing to frack is madness.  Our Mother Earth is being raped and depleted of her life force.   Take a deep breath and ask-Do we own this planet or are we just here for a short visit?  When we continue to exhaust, compromise and depress our Mother Earth, our own future can be compromised.

Consensus dictates we need better ways to be more fuel efficient.  Our desire is thwarted by our addiction.  Sustainable energy can be  attainable by other less toxic methods.

Author: Connie Rogers AKA Coach Educator, is a Certified Integrative Nutritional Holistic Health Coach, founder and owner of www.Bitesizepieces.net and www.weightlossforlifechange.com   She coaches and supports men and women with Cancer Prevention, Weight Loss, Hormonal Imbalances, Digestive & Skin Health.  Her expertise lies in toxins that can disrupt our skin, metabolic and endocrine health.

4-Human thyroid functions at risk in exposure to fracking fluids

9- ProPublica.  (n.d.).  What Is Hydraulic Fracturing?  Retrieved January 9, 2013 from https://www.propublica.org/special/hydraulic-fracturing-national.