The DEA’s New War On Kratom, An Ancient Medicinal Plant 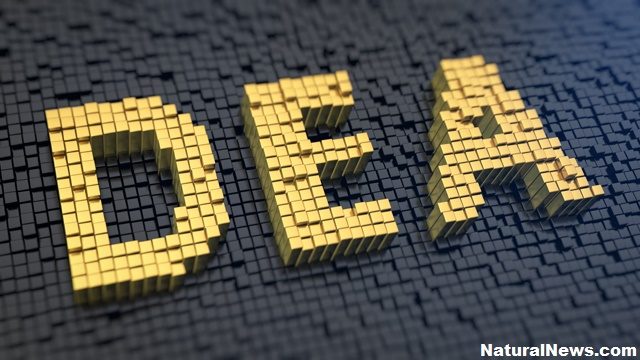 When you search for photos of kratom on Google Images, you see a long series of trees, leaves, and small piles of green powder. Everything seems innocuous enough, but the DEA would tell you a different story. Through their eyes this is the new devil’s weed, a drug that poses so much of an “imminent hazard” to the public that it warrants the use of their emergency scheduling powers.

On or shortly after September 30th, the DEA will make use of those powers to classify kratom as a Schedule 1 drug, alongside the likes of heroin, LSD, and MDMA. History is in the making, as this will be the first time the agency has used emergency scheduling to ban a plant.1 The move has been officially cited as “temporary,” lasting two years (with a one-year extension option available) before the DEA and FDA will jointly decide on a permanent classification.2

For many this may seem like a fringe issue, a ban on something they’ve never heard of and don’t care about. While that outlook is understandable, it is important for everyone to understand the larger effects this ban will have on society and our communities. As kratom activists have been arguing for the past several weeks, once the law is in place we are likely to see a large uptick in opiate overdoses, a wave of people returning to prescription drugs they had previously given up, and an overall increase in many other’s chronic pain.

But how did we get here, and how are these things related?

Kratom – What It Is

To start, there are a few things about the herb that are notoriously misreported in most media coverage. To understand kratom in this precise moment, one has to wade through a veritable sea of misinformation being dispersed by many with a vested interest in banning it.

Kratom is the name given to the leaves of the Mitragyna Speciosa tree, a close relative of the coffee tree that is native to Southeast Asia. It is not a drug synthesized out of the leaves, rather, it is the leaves themselves, either fresh, dried or powdered. It has a long history of use in Asian cultures, where it has been used for thousands of years as a valuable and beneficial medicine. The leaves have traditionally been chewed fresh straight off the tree, or brewed and drank as a tea. It’s use in the U.S. began and spread via the internet, with users appearing to have grown steadily since the mid-to-late 2000’s.

Kratom is not a traditional opiate, but it does activate the mu-opiod receptors in the brain, thus stimulating senses of pain relief and well-being.3 While these effects are real, they are relatively mild in strength when compared to synthetic drugs like Vicodin and Percocet. Many users say they prefer kratom to those drugs because of the relative lack of inebriation it brings, while still giving them relief from anxiety and pain. Staggering numbers of testimonials from users across the internet serve to back these claims – people from all walks of life, from teachers to mothers, veterans and police, all say that kratom helps provide relief from their various ailments while letting them live a functional and productive life.

For many that have been following the fight (since the DEA published their letter of intent on August 30th), the real problem appears to be clear: that kratom works too well, for too many things, and is thereby a threat to pharmaceuticals. To be clear, this is merely a logical inference, not a declaration of that industry’s guilt. It’s no secret Big Pharma does spend massive amounts on lobbying – 8 times more than the NRA, as Business Insider recently reported – so the idea that they might be involved is far less than a conspiracy.4 But whether or not their aggressive lobbying is in play can, for now, be put aside. The fact remains that kratom has gotten thousands of people relief from various conditions, and has done so independently of pills. It doesn’t take an MBA to realize kratom is a competitor, a substance whose growing use must be alarming to all those competing.

The Battle For Kratom (and Our Natural Rights)

Little-known as it is, the fight for kratom is truly an enigma of modern times. In 2016, and with all the progress that’s been made by the medical marijuana communities, it is puzzling to think that the DEA still believes – and has – the power to outlaw a plant from nature.

The studies carried out on kratom point not to an imminent hazard, but instead to a potential source of relief for addiction and chronic pain conditions. There is virtually no way to overdose on the plant (like marijuana), and the DEA’s claim that 15 deaths caused by kratom were actually caused by users taking cocktails of drugs that happened to include kratom. With the medical and scientific literature on the side of the herb, many are left wondering why an agency based neither in science or health has the authority to make life-altering decisions in both fields.

Opponents of the ban are surprisingly numerous, vocal, and influential. Thousands of people connecting online have made serious inroads towards delaying or halting the ban altogether, with a Whitehouse.gov petition currently at more than 130,000 signatures (the 2nd most popular petition on the site). Over 15 Congressional representatives have now signed on to a letter demanding that the DEA delay the scheduling and give due process for the act by allowing a period of public comment.

Two groups, the American Kratom Association (AKA) and the Botanical Education Alliance (BEA) are currently working as representation for the kratom community, moving forward on many activist initiatives. Awareness and opposition amongst the general public, celebrities and other public figures is growing everyday, but any move towards a delay is not expected from the DEA until September 30th at the earliest.