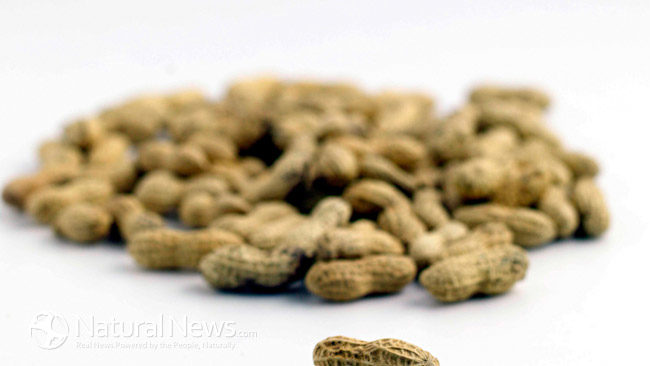 A deadly salmonella outbreak trial is underway. Three people from the Peanut Corporation of America, were indicted in February 2013, on charges of causing the deadly salmonella outbreak that occurred in 2008 and 2009. Nine people died and 714 people across the United States became ill due to salmonella-tainted food products that the U.S. Food and Drug Administration (FDA) linked to the now defunct and bankrupted peanut plant manufacturer.

This is the first food-borne illness case where corporate officers and managers face federal charges and are tried. The trial is in progress at the Federal Courthouse in Albany, Georgia.

Former peanut plant manager, Sammy Lightsey testified in court Friday that he knowingly shipped salmonella-tainted products to hundreds of food manufacturers, which ultimately caused the massive and deadly salmonella outbreak in the spring of 2008. In exchange for a lighter sentence, Lightsey agreed to testify for the prosecution.

Lightsey testified in court that soon after he became the new plant manager at Peanut Corporation of America, he found out the company was shipping products to Kellogg’s with false certificate of analysis’ (COA) in early September. He also stated that his superior, food broker, Michael Parnell, was aware that documents were falsified.

Lightsey explained to the court, “I went to the office and called Mike Parnell and I told him we can’t do this; it was illegal and it was wrong.”  When trying to push the issue further, Lightsey testified, “He informed me it was set up before I got there and don’t worry about Kellogg’s he can handle Kellogg’s.”

Attempting to make it clear to the court, Lightsey stated that Parnell told him, “I can handle Kellogg’s. We’ve been shipping to them with false COAs since before you got here. I’ll handle Kellogg’s. Don’t worry about it.”

According to Lightsey, the company’s plant operation shipped peanuts the same day they were harvested. This goes against set protocol; peanuts require testing for salmonella before shipment. In addition, he stated that peanut paste was not tested; nevertheless, it was shipped to Kellogg’s to be used as peanut butter cracker ingredients.

It takes about 48 hours to get lab results that test for the potentially deadly salmonella bacterium and other contaminants. However, the peanut plant company refused to wait for results and shipped out unverified products, anyway, linking them to the deadly salmonella outbreak.

FDA inspectors followed the trail of salmonella to Peanut Corporation of America. When the inspectors confronted Lightsey, he lied about the company’s testing results. According to two FDA inspector’s testimony, Lightsey initially told them the plant only had one test indicating there was salmonella, which turned out to be a false positive. Lightsey later admitted that during the six months he was plant manager he was aware of lab tests results that, in fact, did show traces of salmonella.

After further investigation, the FDA found 12 positive tests within a two-year span. FDA inspector, Janet Gray provided evidence to the court of at least eight salmonella-tainted lots that were shipped to customers anyway.

Judge Louis Sands made it clear to the jurors to keep in mind Lightsey “may have a reason to make a false statement.” In order to avoid a possible 76-year sentence, Lightsey agreed to testify for the prosecution to put a cap of six years on his prison sentence.

During opening statements on August 1, Stewart Parnell’s defense lawyer, Tom Bondurant pointed out to the jurors. “There is no legal requirement for testing at all for salmonella. There wasn’t then, and there’s not now.”

Moreover, it is extremely unfortunate, in what appears to be a clear example of fraud and negligence, the outcome of this preventable tragedy is the death of nine people.