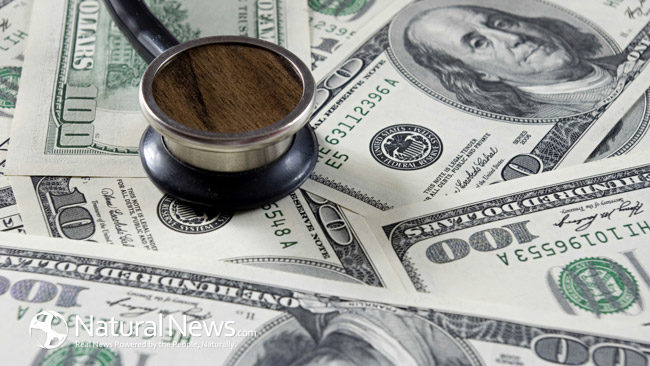 The DEA (U.S. Drug Enforcement Agency) inadvertently did kratom vendors a big favor when they announced that on October 6, 2014, the opioid painkiller hydrocodone was being moved up to Schedule 2 from Schedule 3 of the Controlled Substances Act.

Their latest action was in belated response to America’s growing addiction epidemic.

Worse than addiction, opioid narcotics, such as hydrocodone, were responsible for 16, 917 deaths in 2011.

Since 2007, hydrocodone plus acetaminophen has been the #1 prescribed drug in the United States. Now, many of those 135,000 prescriptions will be forced to look for a more accessible pain reliever.

Many factors have combined to create a large number of disabled citizens.

Our diet is deficient in the vitamins, minerals, amino acids, and essential fatty acids our body needs daily.

Our population is aging.

We do less weight-bearing exercise, so our bones aren’t as strong. Less sun exposure also contributes to this.

The pharmaceutical industry has virtually no true cures for chronic degenerative diseases, so disease states are managed with painkillers and other symptomatic treatments.

Prevention of most common diseases are generally ignored. Relatively little is spent on prevention programs.

Much of the information the public receives is incorrect and actually makes disease more likely.

Some prescribed drugs cause serious conditions, for which there is no cure. (Fluoroquinolone antibiotics, for instance)

What is really shocking is the early age at which our bodies are breaking down.

For one reason or the other, many Americans have been placed on addictive painkillers for years at a time. No cures in sight, so men and women in their prime of life are taken out of the work force and placed in pain pill limbo.

There are workers hurt in industrial accidents,

Soldiers home from the non-stop wars of the 21st Century,

Our bones are weak and don’t withstand stress like they used to. Our agricultural soils don’t contain the minerals they should.

Our immune system, hindered by the antibiotics fed the animals we eat, fails us.

The misguided medical theory that our immune systems have turned on us leads our doctors to shut down our body’s self-defense system, leaving us open to a host of other syndromes and infections.

(More work for doctors; more money for the pharmaceutical honchos.)

It occurs to few doctors outside the Naturopathic profession that we need supplementation, not drugs.

Lives fall apart. Marriages break up. Children raise themselves on Toaster Strudel and TV because mommy can’t get out of bed due to some mysterious ailment like Lyme Disease, Fibromyalgia, or osteoporosis (made worse by failed back surgeries) — and the doctor doesn’t know what to do but give her plenty of narcotics and antidepressants to “keep her comfortable”.

The psychological stress of having a disease with no cure, by itself, is a killer.

Tragically, many don’t survive the stress created by pain, made worse by the tug of parental love and responsibility.

Suicide, fatal drug interactions, and accidental overdoses end all hope for too many.

It would be too simple to tell patients they need more nutrients than they can get from food, so public health agencies don’t.

Advocating nutritional supplements might offend the farm lobby and food processors by implying that our diet of GMO foods, drenched in glyphosate, isn’t up to the job of nourishing our people, no matter how much they eat.

And besides, the pharmaceutical industry is making so much money selling them synthetic opioid medications, why would they willingly stop?

They aren’t in the drug business to give out free dietary guidance that could help their best clients avoid their services altogether.

So, the DEA Must Step In…

But eventually, the DEA and the CDC begin to feel a need to cut down on all these prescription painkillers flooding our society. Some must be getting diverted, they figure.

After more than 16 years of watching this epidemic of addiction (and overdoses) grow, the agencies decide it’s time to take action

So, to add insult to injury, our medical system which has been busily creating addiction now receives orders to take away the punch bowl, or — if they’re lucky — put these stigmatised “addicts” on methadone, suboxone, or subutrex, which many users say are harder to quit than OxyContin or heroin.

Big Pharma is always happy to sell America a “solution” to the problems they have caused.

Then, for a growing number of forlorn souls, what seems a miracle happens: Someone tells them about kratom, and they find their hope and support outside the medical matrix, where Nature shows her never-ending providence.

Desperate hope drives those wise souls who ignore the nonsensical TV misinformation campaign that paints kratom as “hallucinogenic” and “addictive as heroin”. For a laugh, tell that to someone already strung out on hydrocodone or one of the “subs”.

Finally, a ray of hope appears in the form of an herb that’s been helping opiate addicts get clean for centuries in the countries of Southeast Asia.

Kratom’s history goes back thousands of years of safe use as a traditional medicine for pain, fatigue, muscle soreness, diarrhea, diabetes, and for overcoming the withdrawal agony caused by ending opiate addiction.

Kratom tastes funky, but it’s affordable and it works, returning hope to the hopeless, parents to their children, spouses to their partners, and workers back to the economy.

Where’s the Evil in that?

So, after a long dark night of addiction to hydrocodone, the DEA inadvertently leaves open an avenue of escape from opioid meds in the form of an herb that some drug war crusaders want to ban.

“OMG,” they shriek, “it’s not FDA-approved!” Those folks don’t see the irony that the FDA’s blessing only goes to the most addictive and fatal drugs that have created the Addiction Epidemic.

Those who have “been there and done that” know Hope when they find it and that is all that matters. Thanks for helping them find a way out of Percoset Purgatory and Hydrocodone Hell, DEA.

Thanks for finally identifying the most ruthless drug pusher on the planet. You’ve hit them in the only area where they feel any pain — their wallet.

Too bad the pharmaceutical giants have  a “Get Out of Jail Free” card!

To Learn More About Kratom for Pain Relief