Could Dark Chocolate and Green Tea be the Perfect Combination for Increased Concentration? 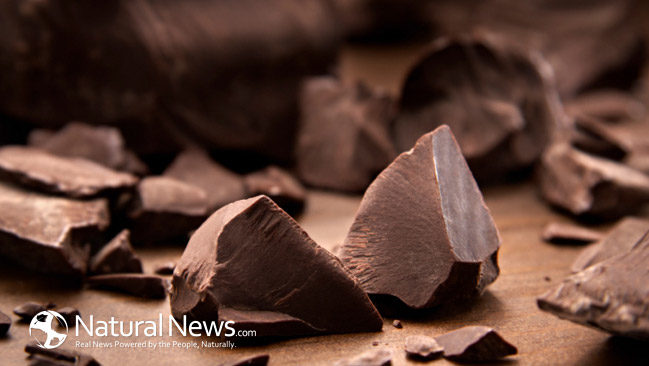 A new study has found that combining dark chocolate with green tea could be a better concentration pick-me-up than coffee.

Hershey Company sponsored a scientific study to find out whether their new product idea could become the ultimate concentration booster. A team of researchers at Northern Arizona University conducted the study, which included 122 participants between the age of 18 and 25.

What were the results?

Five different cacao concentrations were used to test the mental response of all participants, with 60% cacao counting as the minimum for the dark chocolate category.

It was found that those who ate chocolate containing at least 60% cacao were more alert and attentive, but also showed an increase in blood pressure. When green tea was added to the same chocolate, their blood pressure decreased!

“It’s remarkable! The potential here is for a heart-healthy chocolate confection that contains a high level of cacao with L-theanine that is good for your heart, blood pressure, and helps you pay attention”, says Larry Stevens, a professor of psychological sciences at North Arizona University who led the study.

The study was published in the Neuro-Regulation journal and claims to be the first to used electroencephalogram (EEG) technology, which measures electrical activity in the brain. By doing so, researchers were able to capture images of brain activity after the stimulants were given to participants, which helped them to prove the direct and positive effect of a green tea and dark chocolate combination.

L-theanine is a type of amino acid found almost exclusively in tea and is especially potent in pure green tea.

It is known as a non-sedating relaxant, which helps to calm nerves, clear the mind, and reduce blood pressure naturally. Combined with dark chocolate, L-theanine is highly effective at reducing blood pressure while complementing the concentration and energy boost that the caffeine in both products gives.

Where to get it?

Professor Stevens says that green tea dark chocolate bars are not available on the market yet, but that Hershey’s was so impressed by the studies that they plan to include it in their new product launches.

Recent studies have already proven that including dark chocolate, red wine, and green tea in a healthy diet can boost weight loss, balance blood pressure, and increase energy and concentration, so the new findings come as no surprise.

Any other health benefits?

Dark chocolate is packed with iron, fiber, magnesium, caffeine, protein, antioxidants, and a range of vitamins and minerals, which has been proven to help with weight loss, anxiety, headaches, and preventing multiple diseases.

Green tea is packed with antioxidants, polyphenols, catechins, caffeine, and L-theanine, which helps with boosting mental, physical, and overall wellbeing.

While a variety of chocolate bars and green teas are available on the market, it’s best to stick to chocolate containing 60-100% cacao and pairing it with a cup of organic green tea.

The good thing is, the more intense the cacao concentration is, the less refined sugar you’ll get, which is excellent for promoting better health!