What Dangers are Posed by Driver Dehydration for US Navy 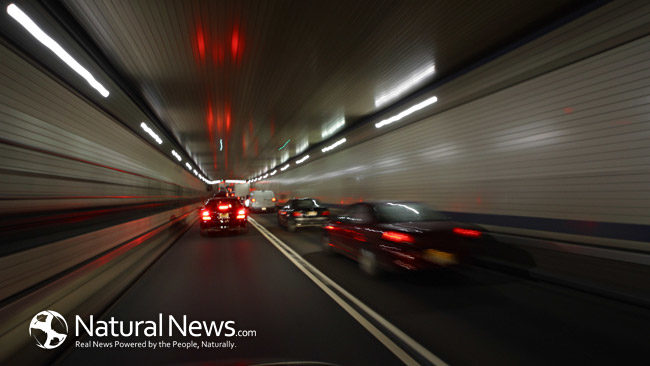 Researchers of “Buffalo School of Public Health and Health Professions” are going to study the hazards posed by dehydration for the divers of US Navy. They would examine the physiology of divers during as well as after underwater activities.

The results of the project would help in designing diving protocols for the Navy, for increasing endurance and enhancing safety of missions for the divers. Moreover, in case the research discovers that rehydration at the time of diving is ineffective, the Navy may consider planning the building of in-water systems for rehydration.

The risk of dehydration is high, especially for divers who need to stay underwater for long time spans, and they may get affected by decompression sickness or DCS, stated David Hostler, the chair of “UB Department of Exercise and Nutrition Sciences” at “School of Public Health and Health Professions”. He is the principal investigator of this 3 year study. Immersion dehydration commonly results in poor physical performance of a diver when he/she leaves water and needs to carry out a mission on the land.

Although people in this field know what the body experiences within a few hours after immersion for prolonged time, the long-term recovery aspects are not known well.

This may affect the performance of divers on consecutive day and multi-day missions. The study would shed light on the issue by evaluating the integrated behavior shown by the bodies of the divers immediately after a mission. The study would see what the body experiences overnight after the mission, and how fast the divers recover fully.

Simulation of Diving Environments Inside a Hyperbaric Chamber:

Hostler said that UB has unique abilities for which the university has been honored with the latest award. He noted that the university has carried out research previously for Office of Naval Sea Systems (NAVSEA) and Naval Research.

Divers can be studied at depth within a hyperbaric chamber, which can be temperature-controlled and flooded for simulating almost any type of diving environment, said Hostler. “That portion of the study will begin next year, following the beginning phase of research in the immersion tank.”, he said.

The results of this study, which costs almost $260,000, would enhance the existing knowledge of the Undersea Medicine Program of Navy. The results would also be helpful and applicable to commercial, sport and civilian divers, said Hostler.

Investigation on Rehydration and Dehydration:

Hostler said that the research of UB would try to provide the answer to the question on how and when the divers can be rehydrated.

He said that divers lose fluids in a number of ways, like sweating (because of exertion), heavy activity, warm water or staying in tight wetsuit for a long time. Usually, some of the blood is slowed down by gravity and gets pooled in the extreme parts of the body, i.e., in the legs and arms, said Hostler. “The pressure of the water during diving forces some of that blood to your center. Your heart responds to the extra volume by triggering a response in your kidneys to remove the excess fluid. That means you need to urinate more, and more often.” stated Hostler.

He said that dehydration is also caused by inhaling dry air. The cylinder’s compressed air removes the moisture from body when one breathes it. The longer a diver dives, more is the moisture he/she would lose. Cold water diving has the highest impact, in which the lungs warm the cold air, due to which the body loses moisture.

Hostler also stated that unless divers are diving in water that has a temperature near to the normal temperature of the body, the body responds to cold through narrowing down blood vessels in the extremities that also leads to dehydration.

Hostler added that when divers exit from water, the blood returns to the legs and arms, resulting in an immediate dehydration of about 2 liters of liquid. Drinking such an amount of fluid rapidly may be impractical or difficult for divers of the military, based on the mission conditions.

“A big reason for our study will be to determine if there is any value in rehydrating continuously underwater. At this time there is no scientific data to support this, one way or the other.”, said Hostler.

A common health issue encountered by divers is Decompression Sickness (DCS), for which Hyperbaric Oxygen Therapy (HBOT) is the most suitable treatment. Hyperbaric therapy for divers is carried out in specially designed hyperbaric chambers. In HBOT, pure oxygen is supplied to the body at a pressure greater than the atmospheric pressure. This treats Decompression Sickness effectively.