Dangers of microwave ovens known for decades, were once banned in Russia 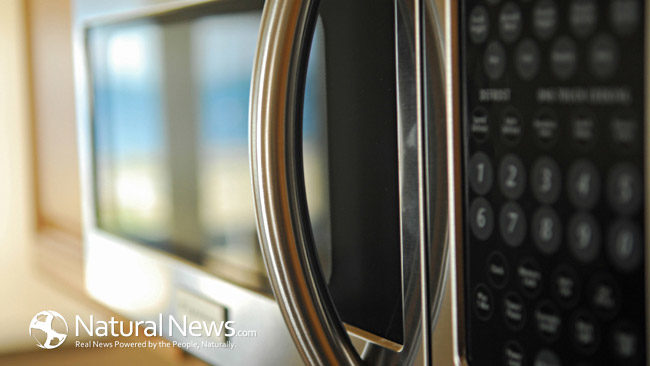 Microwaving food may be a matter of convenience in today’s fast-paced times, but many health-conscious people are aware of the health dangers brought on by the “need” for such expediency. From being linked to causing cancers to severely compromising the nutrients in foods, microwaving is often shunned by those who instead choose to cook using the stovetop, if they even heat food at all.

Turns out, though, this notion is nothing new. In 1976, microwaves were apparently banned in Russia after experiments that started in the 1950s demonstrated the dangers of microwave ovens. A United States researcher, William Kopp (who was later prosecuted), brought the results of tests into the limelight. The tests, which were carried out at the Institute of Radio Technology at Klinsk, Byelorussia, showed a long list of detrimental effects caused by consuming foods that had been heated with a microwave. So bad were the results that the Soviets actually issued health hazard warnings on microwave ovens and even set microwave exposure limits for workers.

The effects primarily involved the altering of compounds in the foods, which typically destroyed nutritional content, especially in meats. Even microwaved plants, primarily root vegetables, formed toxic free radicals. Conclusions from these studies in Russia therefore linked microwaved foods to higher incidences of cancerous cells in the blood, the development of stomach cancer and digestive disorders, lymphatic system disruption and the inability for the immune system to function optimally.

As a result of the findings, microwaves were banned there in 1976. However, under the leadership in the Soviet Union of Mikhail Gorbachev in the mid-1980s, the ban was lifted.

While many homes and work environments frequently use microwaves, there’s mounting evidence that microwaves and other electronic devices are harmful to our health.

In 1992, research done by Swiss food researchers was published, outlining findings that microwaving foods poisons a person’s blood and can even lead to anemia, cancers and higher cholesterol levels. A year before that, there was a lawsuit in Oklahoma after a woman was given a blood transfusion that had first been warmed in a microwave oven. In 2003, an article published in The Journal of the Science of Food and Agriculture noted that broccoli in water cooked in microwave ovens lost “up to 97 percent of its beneficial antioxidants” compared to a loss of only 11% when steamed.

Through the years, evidence continues to grow in the case against microwave use. Even plants watered with microwaved water either has been shown to not grow at all or to grow, but die shortly thereafter!

It’s clear that microwaving our food dramatically alters the compounds of these foods, leading to serious health problems like cancer, digestive issues and possibly even neurological disorders. If you haven’t already, why not consider doing what Russia did in 1976 and ban microwaves from your home? Cooking with a stovetop may take a little longer, but surely, the health benefits are worth the wait. Better yet, think about going raw to obtain the most nutrients from your food.