Dangers of Electronic Cigarettes in WHO Report 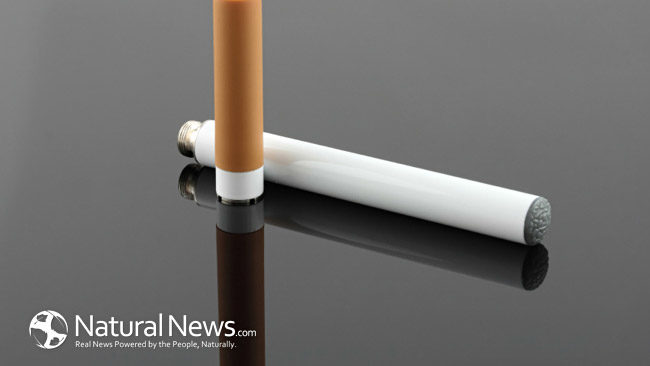 The dangers of electronic cigarettes are exposed in a recent report by the World Health Organization (WHO).  WHO’s latest report pushes for taut regulatory restraints on e-cigarettes. The United Nations’ directing and coordinating authority responsible for global health matters also wants electronic cigarettes banned from indoor use, as well as restrictions placed on advertising to minors.

Dangers of electronic cigarettes in WHO report

WHO does not support the idea that e-cigarettes simply produce “water vapour.” The federal agency contends that non-smokers and bystanders are exposed to the dangers of electronic cigarettes, such as numerous toxins and nicotine.

Furthermore, Dr. Peruga explains more on the dangers of electronic cigarettes saying, “Depending on the brand, some studies have found that they contain heavy metals, for example cadmium, which is completely a cancer-causing agent. There are brands for example that contain formaldehyde, which is a cancer-causing element, at the same level as some cigarettes.”

He also maintains that other e-cigarettes contain nickel or a respiratory irritant called acrolein.

E-cigarettes and the tobacco industry

The electronic cigarette market is a $3 billion industry. Major tobacco companies, like Philip Morris International, Altria, British American Tobacco, and Imperial Tobacco are all initiating their own brand of e-cigarettes.

According to a Wells Fargo analyst, the sale of e-cigarettes in the United States is expected to surpass conventional cigarettes by the year 2020.

When asked about the recent WHO report at Tuesday’s news briefing, Dr. Douglas Bettcher, the Director the Department for Prevention of Noncommunicable Diseases, at the World Health Organization, in Geneva, Switzerland responded with the following, “The WHO report shows that e-cigarettes and similar devices pose threats to public health. We must emphasize that the onus of responsibility for showing safety, for answering many of these questions, must be on the companies and the industries owning them. The report finds, at this point in time anyway, that there is insufficient evidence to conclude that e-cigarettes help users to quit smoking or not. The jury is still out.”

Organizations and people opposed to placing restrictions on e-cigarettes advocate that there are less dangers of electronic cigarettes when compared to conventional cigarettes. Additionally, those who oppose further restrictions claim people are more likely to quit smoking the more dangerous tobacco products if they choose e-cigarettes instead.

According to a British American Tobacco spokesperson placing overly restrictive regulations on e-cigarettes, “can only be bad thing for public health.”

Other advocates for fewer restrictions suggest that if e-cigarettes become classified as a tobacco product the opportunity to cut down on deaths and diseases caused by smoking will be jeopardized.

Nonetheless, activists and agencies welcome the WHO recommendations and report on the dangers of electronic cigarettes. The U.S. Food and Drug Administration intentions are to ban e-cigarette sales to anyone under 18. The European Union agreed to packaging and advertising requirements in an attempt to guarantee the quality and safety of electronic cigarettes.

John Stewart of Corporate Accountability International, a group based out of the U.S. said, “As Big Tobacco corners the e-cigarette market, it is using e-cigarettes as a global PR scheme to gloss over its tarnished image, positioning itself as a ‘solution’ to the problem it drives. In reality, the e-cigarette industry is taking advantage of the regulatory vacuum to employ the Big Tobacco playbook to hook a new generation on its products.”

The jury is still out with regards to the benefits and dangers of electronic cigarettes. Nevertheless, the pros and cons about this product are adding up. However, overwhelming consensus supports the belief that there has to be better alternatives and healthier choices in life than smoking.