The Dangers of Eating GMO Food 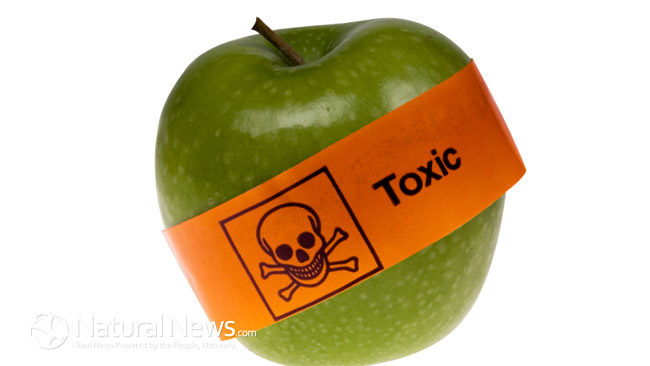 According to MIT scientist, Stephanie Seneff, Round up spray used on many Monsanto GMO seed crops, may be “the most important factor in the development of multiple chronic diseases and conditions”.

How did these high risk foods, affecting our health, get into our market place? The answer is disturbing but the information can help you make better decisions about getting and staying healthy for the future!

GMO food is a very big subject. We will only be touching on some of it in this article.

Quietly, our food has had everything from bacteria, viruses, genes (DNA) from animals and other plants inserted and added to seeds used to grow our food. Many of these seeds have been grown and used in our diet now for over 2 decades! Actually, many may not understand, that changing the seed, changes how nature originally intended our food to be.

Both the FDA (Food and Drug Admin) and Monsanto (Biotech Co) said the seed was “OK”, they were not any different from other seeds and so “No Safety studies” were required! Also the government wanted Biotechnology to be promoted! So the FDA said OK, lets release these GMO seeds!

Did you know Monsanto and other Big Biotechnology Companies are the same companies that told us that “Agent Orange, DDT, and PCB’s were safe too?

In 2012, a laboratory study confirmed that some GMO’s, i.e. corn and other veggies has a toxin that breaks open “holes” in the cells of the stomach; and it is already being found in pregnant women and their fetuses.

These big Biotech companies said that the new GMO seeds were made to help with resistance to pests, improve shelf life of product, and create a superfood to feed a growing population.

But today all those points made by those companies have proved wrong. Reports by farmers and medical companies and by groups such as Union of Concerned Scientists,show that GMO food decreases total farmers yield, so it can’t solve hunger!

At the same time it has increased usage of pesticides due to “further resistance” by pests! So GMO seeds have significantly lower amounts of yield from each crop. But now, we are using 3 times the pesticides on our food, then before GMO was available.

Farmers using organic, natural or alternative growing methods are trying to use Non GMO seed but are also running into problems with contamination of GMO seeds due to environmental or “out of their control” weather issues spreading the GMO seeds to the organic fields.

Our bodies cells respond and recognize natural, non toxic foods but do not know what to do with “unknown genes” and therefore build up antibodies or try to reject these foods once eaten! The downside of eating GMO’s, versus natural or organic grown, is our rampant increase in allergies and other chronic diseases. For example, DNA from several nuts are being transferred to our normal foods, like corn, veggies etc.; so those with nut allergies are reacting to other foods not normally a problem; how are they to know….and it can be a life threatening reaction!

According to the science journal, Nature, there are “a large block of scientists that deny any research that is contrary to GMO promoters, including any threats, gag orders or terminations they do, to stop the release of carefully designed ‘cover ups’ of the truth about GMO products”.

Doctors, veterinarians, and farmers describe improvements like more energy, better digestion, reduced allergies and skin conditions, even relief from chronic painful conditions when GMO’s are eliminated from their food! This has been documented in both humans and animals!

Jeffrey Smith, best selling author and filmmaker, is a leading spokesperson about the health dangers of GMO food. Smith has documented how powerful Biotech AG companies are in bluffing and misleading safety officials and putting all of society’s health at risk!

Darwin may have been right after all. Natural selection may be the ultimate key, the premier biochemist itself! Both plants and animals do not need”genetic engineering”, they learn to adapt to changing environments, they have for thousands of years!

Before we replace nature, try the real stuff….go organic or no pesticide. Support your local farmer’s markets of which many do not use pesticides or are organically grown! Even though they say there is no difference, I disagree, there definitely is a difference to our health!

Cynthia Burrows, from Austin, Texas, owns Cindy Burrows, Natural Health Consultant; assisting individuals with health issues they would like to change. She will set up a program giving choices of foods, herbs, teas and homeopathic suggestions. Cindy is past owner of Nature’s Healing Herbs, an Herbal, Green Tea, and Tincture product line, and a rare product line of Green Tea Foods. She has certificates for Herbalist at East West School of Herbology, and as Wellness Consultant with the Wellness Forum in Ohio.

Cindy is also a Medical Technologist, with a B.S. degree from Mansfield University in Mansfield Pa., she has been in healthcare for over 30 years. In 2005, she started using a new device founded in Europe, Quantum Biofeedback, “an energy rebalancing of the body”, by using our bodies electricity or frequency waves it can detect stress points in the body, she has added this to her consulting practice. She now has her Certification as a Biofeedback Specialist. She helps her clients by working with the synergy of herbs, food, homeopathy, and aromatherapy within her practice. She is a speaker, writer, and teacher. Cindy has been interviewed on TV; about the benefits of Green Tea and has been on radio about her small business tour to Ecuador.

Cindy has been an herbalist for over 20 years and has spent 6 years learning through the East West School of Herbology with Michael Tierra. She has studied Western, Chinese and Ayurvedic Herbs with a strong emphasis on nutrition. Along with many other continued studies of alternative and complementary medicine. She is a Certified Wellness Consultant, through a special program, The Wellness Forum, which has its nutrition program, now part of the curriculum at Ohio State University, providing educational seminars and workshops designed to impart relevant nutrition information to individuals to take control of their own health. These programs give healthier options and choices that can impact your longevity and quality of life. Cindy has been a speaker to many groups and has conducted many of her own classes on food and healthy life style programs.

Cindy has been involved with a hands-on healing program for the past 4 years and offers energy healing, through donation only, to anyone who needs her services.

She is Co-president of the Austin Herb Society and a member of the American Herbalist Guild. Cynthia has been a board member on many programs in the past including; La Sertoma, Arthritis Foundation, Toastmasters International, National Association of Female Executives, Handicapped Equestrian Learning Program, Entrepreneurs Association, and Austin Integrated Health Care Program.