Curcumin: the Herb that Alleviates Pain Better than Drugs 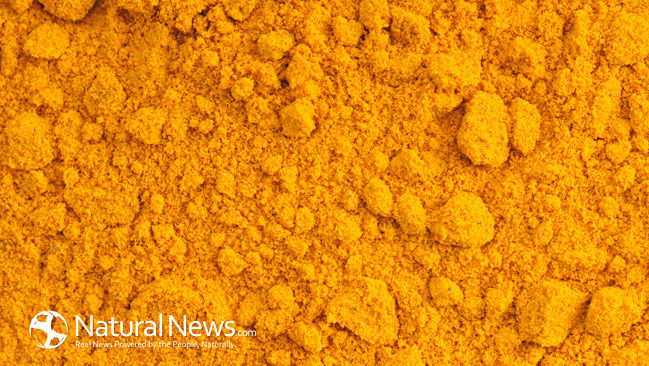 Reported in the Journal of Pain Research, researchers found that curcumin, one of the active ingredients in the curry spice turmeric, demonstrates potent pain-relieving effects.  It even performs better than pain-relieving drugs, including:  1000 mg of acetaminophen or 100 mg of nimesulide.  Curcumin’s analgesic effects last longer than the drugs.  This new study shows that not only is curcumin an effective pain-relieving natural remedy, it also helps prevent and heal muscle injuries and inflammation.

Unlike the drugs nimesulide and acetaminophen, which have been linked to liver damage and even to deaths, curcumin has a strong safety record.  The study used a curcumin product known as Meriva at a dose of 2 grams per day.

Additional research in the Journal of the International Society for Sports Medicine found that curcumin could significantly decrease muscle injury due to over-activity.  Twenty healthy, active men were given either a placebo or one gram of curcumin twice daily.  They were given the supplement or placebo starting 48 hours prior to a 45-minute downhill running race and for 24 hours after the athletic test to determine whether curcumin could prevent delayed-onset muscle soreness (DOMS).

The study scientists chose the activity of downhill running because it is known to for its ability to forcibly lengthen muscles while they are in the midst of contracting, causing a stress on the body that triggers inflammation and the production of damaging free radicals which causes muscle pain and inflammation.

Muscle damage following the period of activity was assessed using magnetic resonance imaging (MRI).  Muscle damage was also assessed using blood tests and microscopic cell and tissue analyses 48 hours after the athletic tests.  Participants also reported their levels of pain before and after the running test.  The scientists found that significantly fewer people in the curcumin group showed MRI evidence of muscle injury.  They also found that the curcumin group had fewer markers of muscle damage or inflammation from over-exercising.  This study suggests that curcumin can help prevent and heal muscle injuries, potentially even before they settle in.  The study size was small but the results were impressive and warrants further research.

Dr. Michelle Schoffro Cook, PhD, DNM is an international best-selling and 20-time published author of the books:  Be Your Own Herbalist, The Probiotic Promise, 60 Seconds to Slim, and Weekend Wonder Detox, a registered nutritionist, and a board-certified doctor of natural medicine.  Learn more about her work at DrMichelleCook.com and follow her on Twitter @mschoffrocook and Facebook.  Copyright Michelle Schoffro Cook, PhD.

Dr. Michelle Schoffro Cook, PhD, DNM is an international best-selling and 20-time published author of the books: Be Your Own Herbalist, The Probiotic Promise, 60 Seconds to Slim, and Weekend Wonder Detox, a registered nutritionist, and a board-certified doctor of natural medicine. Subscribe to her free e-news World's Healthiest News at DrMichelleCook.com.