A Couple Of African Vaccine Scandals 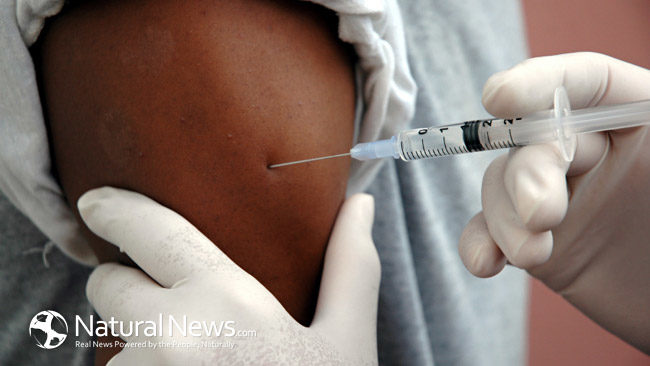 Oh yes, just a couple because there have been so many that one could say it’s been a decade’s long experiment.

The Tetanus Vaccine Scandal
In 2011 African bishops became suspicious that WHO was rolling out a nationwide program to vaccinate females aged 14-49 with this vaccine. The bishops explained that when the ordinary tetanus vaccine is combined with b-HCG and given in five doses every six months, the women develop immunity against both tetanus and HCG. The HCG hormone is the one that is necessary for pregnancy and is also the hormone that home pregnancy test kits are based on. Therefore, the body rejects any pregnancy, causing repeated miscarriages and eventually causing sterility.

When in 1995, the World Health Organization proposed a similar vaccination campaign in Kenya, the bishops protested and demanded that the vaccine be tested independently. Instead of submitting a few samples for testing, WHO stopped the campaign altogether. That’s a bizarre response from an organisation that claims it has human health as its’ priority.

The Polio Vaccine Scandal
Once it was realised that the polio vaccine was contaminated with SV40 simian virus, the pharmaceutical companies, loathe to lose even one dollar, decided that it would be a good idea to sell those contaminated vaccines to African governments like Uganda.

Kihura Nkuba (founder of Greater African Radio, president of the East African Broadcasters Association and director of the Pan-African Center for Strategic and International Studies) unearthed this story in his own country. During one of his broadcasts, he merely said, over the airwaves, “I hope it’s not the polio sabin” in relation to a lot of African children dying. The very next day the government turned up to quiz him on what he meant by his comment. Soon after that, the newspapers began to print stories about Kihura, claiming he had no interest in helping his fellow Africans. A group of Ugandan parliamentarians got together and petitioned their attorney general to close down his radio station because, in their view, he was “broadcasting anti-government messages” Then his interrogation began.

Kihura was handed a product insert of the polio vaccine that was in use in 1997-1998. In this insert, he discovered a contraindication against having this vaccine was any person that was infected with HIV or having anyone in your family that is HIV positive. In addition, this insert stated that if someone inadvertently receives this vaccine that was HIV positive that they should be quarantined for 4 – 7 weeks. Because that was so shocking to Kihura, he kept digging for information and found himself on the American CDC website. On their site, about the oral polio vaccine, it says “Persons who have a congenitally acquired immune deficiency disease should not be given the live oral polio vaccine because of their substantially increased risk of vaccine-associated disease”

The government thought they should put Kihura’s evidence to the test by taking him to court. If found guilty of sedition, he would be looking at a death sentence or a life sentence. “If I am to die, I am going to give them a run for their money,” he said. He researched and read everything he could get his hands on about polio and the vaccine. “I discovered that vaccination is like getting a disease, putting it in an un-diseased person, to cure a disease that person hasn’t got” The attorney general decided that they couldn’t prosecute Kihura because he was telling the truth.

Since then he has been persecuted by the government, WHO, UNICEF and his radio station was driven into bankruptcy. Kihura is the author of ‘Polio Vaccine Campaigns in Africa’