Is This Costa Rican Greenhouse The Answer To Sustainable Food? 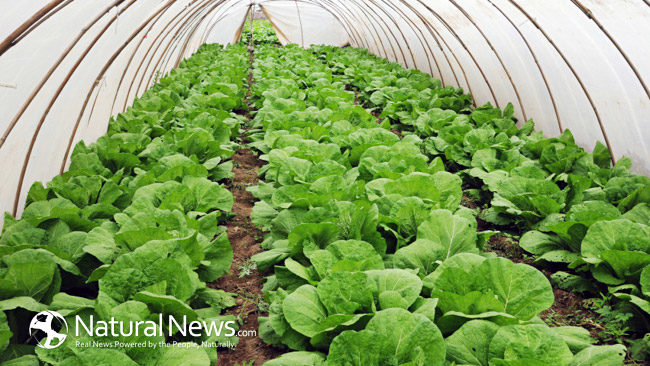 A team of real estate developers, farmers, preppers, and engineers, just created one of the most interesting food security solutions the market has seen in a long time.

And what’s more interesting, is that it could be coming soon to a school yard near you.

The “Permacube”, as this creation is called, is an extremely well-engineered combination of the last several decades of sustainable innovation. Specifically, it consists of a 2.4 meter cube, with production centers that flank every side.

Around each of the 4 sides of the unit are:

The unit also incorporates rainwater collection, and can come with optional solar panels, or a bio-gas unit. Inside the nucleus of the Permacube itself are:

Where did the inspiration come from?

Jim Gale, Permacube CEO, spent the last several years developing 2 sustainable communities in the mountains of southern Costa Rica. (85 houses and villas in total). In addition to the “normal” community amenities like a clubhouse and pool, these communities (Osa Mountain Village, and Serenity Gardens Eco Village) incorporated large-scale aquaponics, community gardens, shared livestock, and had thousands of fruit and nut trees around the site. The results have been tremendous.

Now Jim has funneled that passion towards helping people produce sustainable food, no matter where they are.

As an urban-sized, intensive farming unit, the Permacube is already interesting. But what makes it even more compelling, is its focus on schools.

Imagine if school kids in your neighborhood had one of these units in their school yard, alongside the jungle gym and monkey bars. What if children actually started learning about food production, instead of how to write in cursive and say “yes ma’am?”

In our SUV generation of political correctness and hand sanitizer, it seems unthinkable. These days, any mention of “food production” at school has been relegated to “ag schools” with 4-H programs. But as far-fetched as it may seem to have chickens and fish out in the school yard, for one school, this is already a reality.

There, the food scraps from the school cafeteria will feed the chickens, that will produce eggs. The egg shells and manure from the chickens will be used in compost. The fish tanks will provide fertility for the vegetable grow beds, and in turn, the grow beds will filter the water for the fish tanks.

Obviously, schools aren’t the only places that a Permacube could be deployed. The physical space requirements are minimal, so these units could just as easily go in a city park, a business park, an apartment community, and of course, suburban yards (Heck, if developers ever got ballsy enough, they could put a couple of these on a golf course!).

And for urban farms, and small-scale market gardeners, the Permacube seems like a no-brainer. The ability to harvest multiple nutrient-dense crop yields in the same 10 feet is HUGE.

The total shipped cost of these units comes in at $9-12k, depending on delivery location and optional upgrades. Certainly not an impulse buy, but also not near as cost-prohibitive as the half a million dollars that some farmers spend to get started with broad-acre crop production.

The first production run units are currently being manufactured, and according to the Costa Rica Star, on schedule to ship in September. Mr. Gale also said that the complete building plans for the unit will be available as an open-source offering.

At the end of the day, it’s still unknown how big of an effect the Permacube will have on self sufficient food. There’s obviously no “silver bullet” technology alone that will save us all from the current food crisis. Centuries of bad decisions, and trillions of dollars moving in the wrong direction are not things that get reversed overnight–no matter what innovation happens to come along.

Even so, the Permacube, with its layered production systems and compact footprint, has just made serious food production a lot more accessible.

Since 2010, Dan Carpenter has published articles, guides, and over 400 videos teaching people how to be self sufficient, on his site The Daily Prep. He has over 2 million views on his YouTube channel, and appears in the National Geographic movie “American Blackout.” Dan is a Certified Permaculture Designer, and a major proponent of alternative housing and internationalization.