CoQ10: The Essential Nutrient That Is Critical for Optimal Health 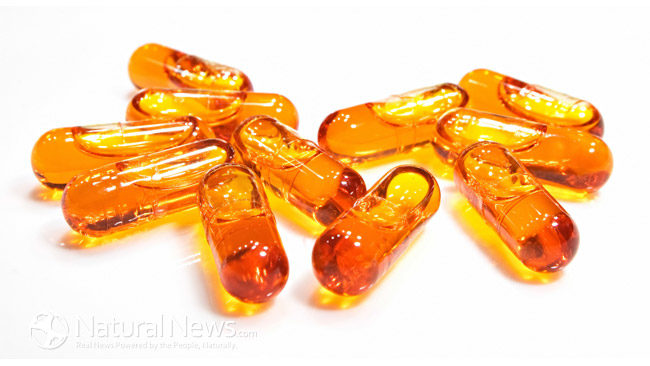 Pretty much everyone that is knowledgeable of natural health methods is searching for a “magic bullet” when it comes to optimal health. One that can help us avoid disease, preserve our organ health, support healthy aging, provide defense from environmental toxins, neutralize free radicals, protect our DNA, and rejuvenate us from head to toe. This magic bullet seems like an impossible dream – or is it?

As it turns out, the magic bullet is already inside of us… it’s called CoQ10 (Coenzyme Q10). CoQ10 is a naturally occurring substance similar to a vitamin that our bodies produce, but in most cases, not quite enough is produced to keep our health where it should be.

Reasons for decreased CoQ10 production can include oxidative stress, increased metabolic demand, insufficient dietary CoQ10 intake, deficiency of factors required for biosynthesis and CoQ10 conversion, potential effects from illness and disease, age-related changes in your genes, or any combination of these factors.

Maintaining higher levels of CoQ10 is so critical to sustaining health, that supplementation is often recommended, especially in those who are over 40, those who are fighting cardiovascular issues, and in those who are battling chronic fatigue. Why? CoQ10 is a natural occurrence that our bodies need, one that has a long list of benefits, and yields virtually no negative side-effects. Below are reasons why nobody should ever be short on CoQ10:

What’s So Great About CoQ10?

CoQ10 is absolutely vital for maintaining good health. It creates energy for every organ, tissue and cell in the body, which enables them to perform at their optimal level. CoQ10 is an antioxidant, also known as ubiquinol, and is present in every cell as our bodies create it continuously. However, unfortunately as we age we begin to produce less and less. When we don’t have enough CoQ10 to power our cells, the cells become less resilient and more susceptible to damage. Organs become impaired, cells start to sputter, and in extreme cases, even death can occur.

How do you increase dropping CoQ10 levels? You can start by eating foods that are rich in CoQ10, as well as utilizing regular supplementation. By delivering added protection to your brain and heart, these simple steps will almost immediately improve both your short and long-term health.

Try to think of it like this: If heart disease, diabetes, and cancer are all burglars, CoQ10 is your home security system. Like a 24 hour monitoring system, CoQ10 provides an excellent defense, helping to repel and suppress health-depleting thieves, and the weapon of choice behind so many diseases – inflammation. Clinical studies (as listed in sources below) have also proven that CoQ10 supplementation can dramatically help patients suffering from:

Another study demonstrated that CoQ10 reduced DNA double-strand breaks and oxidation, and that a combination of a diet rich in polyunsaturated fatty acids and CoQ10 leads to a longer lifespan. It’s been shown to reduce heart attacks and overall heart failure by 50%. Research has also indicated that increasing your levels of CoQ10 can help slow the progression of both Huntington’s and Parkinson’s disease, as well as aid recovery in stroke patients.

On the flip side, low CoQ10 levels have been observed in cancer patients, while treatment with CoQ10 has been shown to be effective against cancer. The lack of CoQ10 can cause Rhabdomyolysis, which is muscle fibers breaking down, which leads to the release of muscle fiber contents (myoglobin) into the bloodstream. Myoglobin is known to cause kidney damage. Notably, Rhabdomyolysis has been observed often in patients who take statin drugs.

Inadequate CoQ10 levels have also been noted in incidences of chronic heart failure, end stage AIDS and other overwhelming illnesses.

Foods That Are Rich in CoQ10

In addition to supplementing with CoQ10, you can give your levels an added boost the old-fashioned way, simply by eating foods that are rich in it. Here are a few foods that will help increase your CoQ10 levels:

Anytime you supplement, be sure what you are taking is composed of natural ingredients, and contains no synthetics. Synthetic (or fake) ingredients contain impurities that in some cases can do more harm than good. As with most supplements, you get what you pay for. Top quality natural CoQ10, such as Cell Fuzion, does not come cheap (about $140) – so if you happen to see jars of synthetic powdered CoQ10 on the shelf at Wal-Mart for $10, leave it there. Avoid products with the similar-sounding “ubiquinone,” which is more difficult for the body to convert into a usable form. Be vigilant, and always go with a natural supplement over a synthetic form.

When you begin introducing more CoQ10 into your body, you feel the benefits pretty quickly, usually within a week or two. Most people report they feel more energized in just a matter of days. At a cellular level, replenishing depleted CoQ10 levels will enable cells to function as efficiently as they did when you were younger. As the body will use only what it needs and eliminate the excess, overdosing isn’t a big concern.

If you are on prescription meds, many of which rob the body of vital CoQ10 supplies, you may need a higher dose. Check with your doctor to establish a baseline dose that’s appropriate for your situation. Case in point: Sadly, statin drugs can lower CoQ10 levels by as much as 40% — which leaves you vulnerable to additional problems, on top of the one you are actually being treated for. If you must take a statin, you absolutely must supplement with CoQ10. If your doctor disagrees with your plan to supplement with CoQ10, get another doctor – CoQ10 is that important.

Share with friends and family, and maybe change someone’s life who’s struggling with issues that are listed above.

3.) Memory Loss In Patients With Alzheimer’s May Be Reversed, Clinical Study Shows

4.) Study Shows CoQ10 can reduce heart failure by half