How We Control Our Genetic Expression 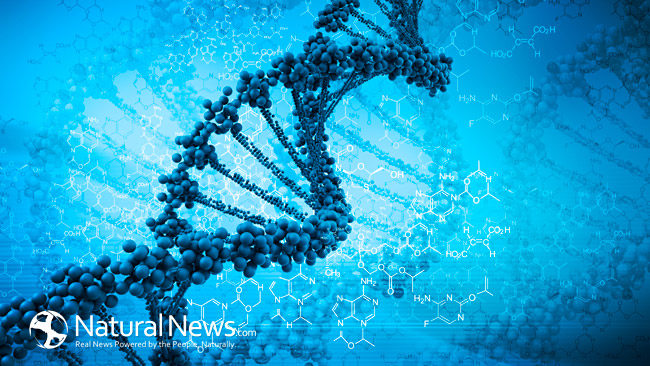 There are certain genes that have been passed on from previous generations that we cannot change no matter how hard we try.  These may include eye colour, skin colour, height, etc.  They are ingrained in our DNA.   DNA is made out of two long strands that contain genetic information.   A gene is a part of DNA that is passed down from your parents. To be more specific, genes are grouped into units called chromosomes.  As you may recall from your high school science class, humans have 23 pairs of chromosomes. One set of chromosomes for each pair comes from a person’s mother, and the other set of chromosomes comes from the father.  Genetics can be defined as “The study of genes, heredity, and genetic variation in living organisms.”   1   It must be noted that while you have inherited your genes, many factors play a role in determining how your genes are expressed.  Although we may have the gene that could trigger a disease, lifestyle, diet and environmental factors play a much greater role in that issue actually coming to fruition.   This is what is known as “epigenetics”.  This emerging field has garnered the attention of cell biologists, doctors, scientists, and nutritionists.  What many people referred to as a life sentence for unfavourable gene formation is now being modified and altered by the way in which you live your life.  This puts the onus and accountability back in the hands of the individual and the decisions they make each and every day.

In my practice, I tend to hear and see people who blame their lack of progress on their parents, siblings, genetic makeup, etc.  They say they are big boned, hot tempered, impatient, or moody.  As I have just described, this may be true for some people but the typical ratio I see is 10 percent to 20 percent of your results are genetic while 80 percent to 90 percent are lifestyle, environmental and nutrition based.  This means that you can control around 80 percent of what happens to you.   “Modern genetics has expanded beyond inheritance to studying the function and behavior of genes. Gene structure and function, variation, and distribution are studied within the context of the cell, the organism (e.g. dominance) and within the context of a population. Genetics has given rise to a number of sub-fields including epigenetics and population genetics. Organisms studied within the broad field span the domain of life, including bacteria, plants, animals, and humans.”  2

We must take a step back and first look at how your parent’s and even your grandparent’s lifestyle and nutrition decisions affected your DNA.  The science is just starting to show that their decisions on type of food, living environment, etc. played a significant role in forming your DNA sequence.  Professor Mark Hanson, University of Southampton, says, “Aspects of our early lives stay with us for the rest of our lives and set the control mechanisms of our body processes such as appetite and our predisposition to lay down fat or exercise. These are set early and are affected by a mother’s diet, physical composition and even aspects of a father’s lifestyle.  The environment during development affects gene expression and thereby the setting of physiological control systems that stay with us for the rest of our lives. They affect the way the genes we have inherited from our parents actually operate and can be influenced by aspects of mother’s and father’s diet and lifestyle.” 3 Now that we can thank our parents for setting the genes in motion with their decisions, we will also review how our own lifestyle actually expresses them.

Responsibility and ownership of your own life will invariably fall back on you and that is exactly how it should be.  We control our destiny and I am going to explain how our own decisions actually alter our genes and the subsequent results.  “In terms of heart disease, we were able to show, for the first time, that it could be reversed by changing lifestyle, and these improvements occurred much more quickly than had once been thought possible. Usually within hours, and almost always within days to weeks, your heart can receive more blood flow. As a result, we found over a 90 percent reduction in the frequency of angina or chest pain.  People not only felt better but also, in most cases, they were better in every way we could measure. Their hearts received more blood flow and pumped more normally. The arteries that feed the heart became measurably less clogged in one year and showed even more improvement after five years. Using cardiac positron emission tomography (PET) scans, we found that 99 percent of the patients in our research were able to stop or reverse the progression of heart disease simply by changing lifestyle, without drugs or surgery. These findings may capture people’s imagination—so often, people think there is not much they can do, what I call genetic nihilism: “Oh, it’s all in my genes, what can I do?” Well, it turns out you can do a lot, more quickly than we had once realized and to a much greater degree than had been thought possible.“ 4  This research is revolutionary and confirms the suspicions that your daily decisions affect the chances of activating specific genes and consequently serious illness.

After completing his Degree at Ryerson University and spending 15 years in Corporate, he graduated from the Functional Diagnostic Nutrition program in California and is now the CEO of Interactive Body Balance where he oversees a vibrant functional medicine health practice. Transitioning from Corporate to the entrepreneurial paradigm has involved seeing patients and clients via the conventional method but also virtually. He has authored the popular self-help book titled “The Transformation From Within” and the Functional Medicine Book ” How To Restore Your Health”, hosts the highly ranked ITunes Podcast called Interactive Body Balance, is creating multiple online health courses while also presenting to audiences around the world.