Cold Feet? The Top 4 Spices to Help Keep You Warm 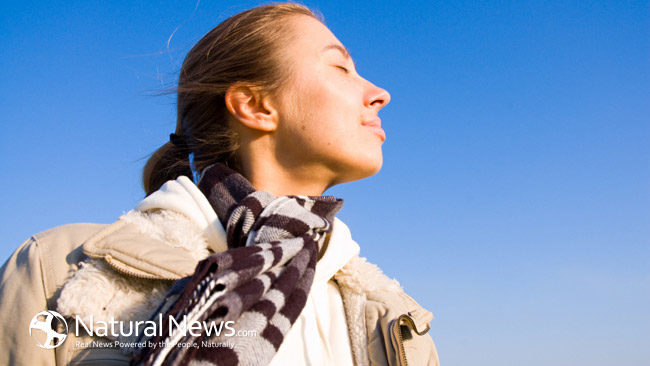 For many people, the colder weather is a welcome opportunity to go apple picking, enjoy brisk walks with family members or start planning for winter activities like skiing. But for those with sensitivities to cold, this time of year leaves them yearning for one thing: warmth. Sure, moving to a more temperate environment is ideal, but considering family, career and social ties, it’s often unrealistic.

For Some, Cold Weather is a Hot Topic

It’s especially concerning for those with Raynaud’s syndrome (also referred to as Raynaud’s phenomenon), a condition that impedes circulation. The syndrome restricts blood flow to vessels causing extremities to tingle, turn white (then turning blue in more severe cases) and go numb. According to Dr. Fredrick Wigley, rheumatologist and professor of medicine at Johns Hopkins School of Medicine, “. . . three to five percent of the general population has Raynaud’s phenomenon.”

Ultimately, they return to their normal state but while the situation lasts, it’s typically frustrating, embarrassing and in some instances, painful.

A variety of suggestions exist to help keep toes, fingers, noses and ears warm, ranging from common sense advice like wearing proper clothing to ones more encouraged by the pharmaceutical industry like prescribing sildenafil (Viagra) and even Prozac. Yes, you heard right. The latter one is often prescribed for those living with more severe Raynaud’s phenomenon effects, not those merely experiencing the occasional, “normal” chill.

However, turning to natural solutions like spices, instead of ones that support big pharma and may be detrimental to health, have been shown to be very effective at improving circulation and in turn, increasing overall warmth.

1. Cayenne powder (Capsicum frutescens) not only wards off colds and congestion, but can keep chills at bay. Adding it to foods causes body temperature to rise and some people even sprinkle some between their shoes and socks if they plan on going outdoors. It’s widely used in areas such as Italy and China for the treatment of circulatory problems. According to the Consumer Health website, cayenne pepper is considered a “central circulatory stimulant.”

2. Cinnamon (Cinnamomum cassia), namely because of its anti-clotting effect on blood platelets, is known to help improve circulation. Individuals who are always cold use cinnamon to ward off the chill to help circumvent, or at least make a bout with severe cold more manageable. By incorporating it into everyday foods like oatmeal or sprinkling on top of a banana or apple, it can help improve blood flow and assist with warmth.

3. Garlic (Allium sativum), like cinnamon, reduces blood clotting which encourages better blood flow. Used since Egyptian times for medicinal as well as culinary purposes, it’s considered a thermogenic, which increases body temperature. According to the Memorial Sloan-Kettering Cancer Center, garlic has been used to improve circulatory disorders and enhance blood flow throughout arteries.

4. Ginger has warmth-promoting properties that can be either ingested or bathed in. To make tea, simply put about 2 tablespoons of fresh ginger slices in hot water for a few minutes. A ginger bath is also effective in promoting warmth. Just simmer eight ounces of ginger in one-half gallon of water, simmer to a boil, then gradually add to bath water and enjoy.