Coffee Addiction is Real.Ready to Kick the Habit? 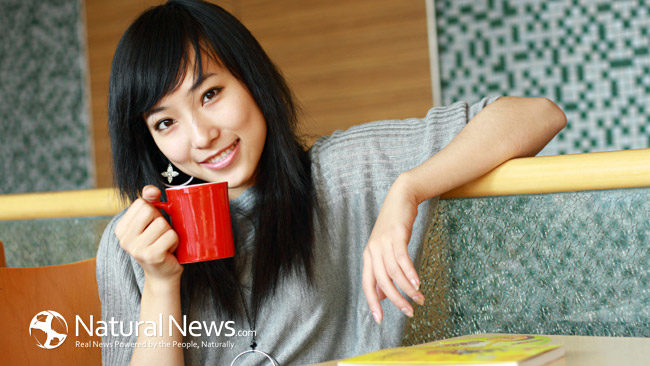 Coffee addiction in the U.S. continues to grow and over the past year, consumption went up 7 percentage points moving it ahead of even soft drinks.

Coffee contains a variety of nutrients and does support your overall health when used in moderation but the fact is, Americans are drinking way too much of it and many of us suffer from a coffee addiction. While coffee really isn’t the enemy the over consumption of this beverage can cause health problems. Wondering if you have a coffee addiction? Here are ten facts about coffee you may not know:

If you fall into any one of these categories, you may have a coffee addiction. Tea is one of the most healthful alternatives that can help boost your energy and metabolism to give you that pick-me-up you usually get from coffee.

Green tea is the most widely-consumed beverage in the world and one of the most healthful. Getting into the habit of drinking tea not only supports your overall health but it can also boost energy levels without the crash and jitters often caused by coffee. Why? Green tea contains comparable amounts of caffeine and also offers unique compounds known to actually increase your body’s ability to cope with mental and physical stress. So what you get is the same effect of the caffeine, along with the relaxing effects of a compound called EGCG or epigallocatechin gallate – so there’s no jitters! This compound has been shown in clinical studies to significantly increase brain activity and offer a more relaxed and attentive state shortly after consumed. The refreshing properties of tea are widely known and while EGCG is found in green tea, you can also find in white tea and black tea.

There are so many health benefits that come along with the consumption of teas and there really is a tea for just about any ailment you may have. But why make the switch?

Participating in the Coffee Craze

Coffee provides many antioxidants that actually promote your good health but if you have a coffee addiction, the negative effects of too much caffeine can damage your focus, mood and sleep quality. If you are consuming three cups a day or more you may have a coffee addiction. And unless you’re drinking it black you may also be consuming large amounts of sugars along with artificial ingredients when you add flavored creamers to your cup (not to mention calories).

If you have a single-cup brewer at home or consume your beverages at a café without bringing your own cup, you are also contributing to massive amounts of trash. Those single-use cups, single-serving creamer containers and coffee pods are filling up landfills at an alarming rate. So consider making a commitment to a 30-day no coffee challenge and see if kicking the habit doesn’t save you calories and cash while also improving your overall feeling of vitality.