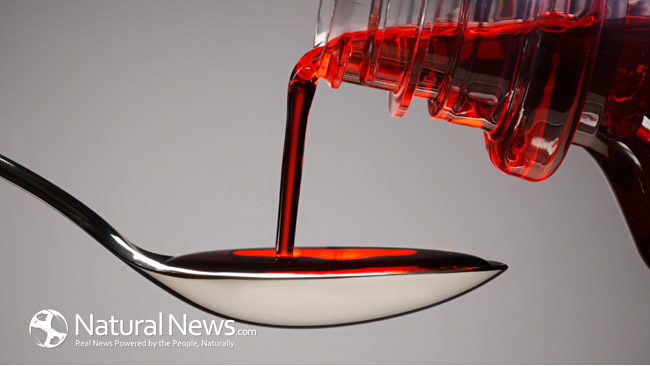 Many countries allow over the counter cough syrups to use codeine as an active ingredient to help suppress a cough.

Unfortunately, the practice has allowed codeine cough syrups to become a drug of choice for young people to use as a recreational high. This trend has significant consequences since a new study now indicates that prolonged use of codeine infused cough syrups have a detrimental effect on the brain.

A study published online by the American Journal of Neuroradiology website, gives strong evidence that chronic and prolonged use of codeine cough syrups results in the type of brain deficits and abnormalities that are also found in other addictions, such as an addiction to heroin or alcohol.

The full research paper, entitled ‘Abnormal White Matter Integrity in Chronic Users of Codeine-Containing Cough Syrups: A Tract Based Spatial Statistics Study’ delves into the nature of the effects that codeine cough syrups have on the brain’s ability to function, as well as the integrity of white matter.

The results were formed by the use of diffusion tensor imaging, also known as DTI, which is a type diagnostic imaging. Researchers discovered that many different parts of the brain, including the inferior fronto-occipital fasciculus, which is a group of fibers that connect the frontal lobe of the brain to the occipital lobes, showed deficits in chronic codeine cough syrup users.

The occipital lobes are important for healthy brain function, as this is where the brain interprets visual and optical information, so the loss of brain white matter directly influences a person’s physical capabilities and function.

In addition, the study also showed alarming results when it comes to impulse control centers in the brain. Repeated use of codeine containing cough syrups leads to an increase in impulsive behavior from the individual.

Researchers used the widely recognized Barrat Impulsivity Scale, a self-administered, 30 question test that rates a person’s impulse behaviors. What they found was that chronic codeine cough syrup users are more likely to engage in the type of impulsive behaviors similar to those found in existing studies of the impulse behavior of people addicted to cocaine or heroin.

The conclusions of these tests clearly indicate that cough syrups containing codeine will indeed change the brain’s white matter with prolonged use. Given the addictive nature and the popularity of codeine cough syrups among the youth population, it is yet unclear whether the increase in impulsive or damaging behavior will lead health care professionals to demand greater restrictions on the purchase of these medications.

Mike Bundrant is author of the book Your Achilles Eel: How to Overcome the Negative Emotions, Bad Decisions and Self-Sabotage.