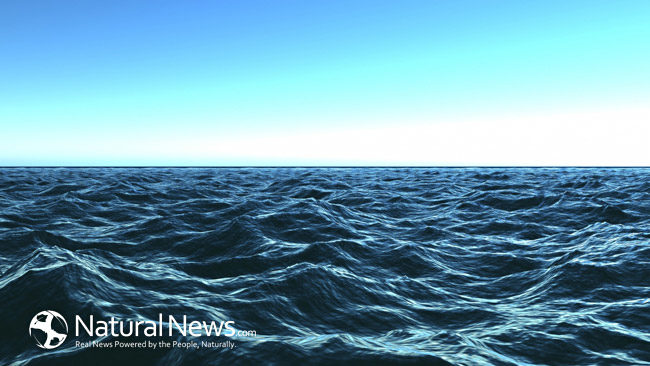 It’s no secret that the climate is changing quickly. With severe droughts, more frequent tornadic activity in some areas, or even occurring in areas typically not prone to such weather, and wildly fluctuating temperatures in the course of one day, it’s certainly cause for concern.

While some cling to the hope that the weather will improve in time, 1000 climate experts who gathered at a recent World Meteorological Organization (WMO) conference held in Montreal aren’t so positive.(1) In fact, their outlook for upcoming decades consists of apocalyptic weather scenarios typically reserved for the big screen.

In a nutshell, they warn of monstrous ocean waves, intense aerial turbulence, ice storms and, by 2050, an average overall temperature spike of two degrees.(1) Just a one degree change, they explain, creates seven percent more water vapor in the atmosphere, which produces more air currents and leads to extreme weather situations.(1)

So intense will the changes be that by 2050, airplane passengers will experience about twice as much in-flight air turbulence.(1) There will also be monster-sized ocean waves in the upcoming decades that surpass already-alarming 130-foot heights that have been witnessed by maritime industry experts.(1) Furthermore, “We’ll see clouds forming faster and more easily, and more downpours” that will lead to flash flooding, according to Simon Wang, assistant director of the Utah Climate Center.(1)

If “apocalyptic” sounds too dramatic or even laughable, we have only to consider the changes taking place before our very eyes. The news has been, and continues to be, filled with parts of the world experiencing snow for the first time in centuries, record-breaking temperatures, devastating superstorms, and images of polar bears adrift on ice that’s hardly any larger than the animal itself.

“It’s irreversible and the world’s population continues to increase, so we must adapt,” says Jennifer Vanos, a professor of atmospheric sciences at Texas Tech University.(1)

According to the National Oceanic and Atmospheric Administration (NOAA), “Few people contest the idea that some of the recent climate changes are likely due to natural processes, such as volcanic eruptions, changes in solar luminosity, and variations generated by natural interactions between parts of the climate system.”(2) However, NOAA also notes that an increasing amount of climate scientists are concluding that human activity is also causing the climate to change.(2)

Even in 2007, the Intergovernmental Panel on Climate Change (IPCC) noted that it was “very likely” that global warming was the result of human activity, namely the CO2 emissions that come from burning oil, gas and coal.(3)

Add to this the destruction of forests, illogical, and often harmful farming practices, an increasing population, and the tie that typically keeps the chaos going — the seemingly collective focus that building better bank accounts matters more than building a better planet — and we’re headed for some challenging times, to say the least.