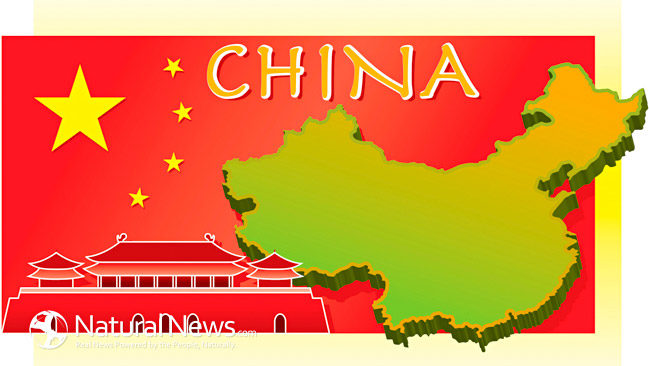 China has begun a program to modify the weather over an area three times the size of the country of Spain using geoengineering technology that is openly admitted to by the Chinese government. Geoengineering is not only admitted to by the communist country but celebrated as a great achievement, even engineering the weather for the 2008 Olympic games. In fact, since 2013 China has created over 55 billion tons of engineered rain and now plans on deploying the technology on a massive country wide scale.

China plans on deploying an array of different chemicals to engineer rainfall and snow over 1.6 million sq km (620,000 sq miles), an area three times the size of Spain. Using military weather engineering technology developed by the state-owned China Aerospace Science and Technology Corporation, China plans on building tens of thousands of combustion chambers on Tibetan mountainsides to disperse aerosols. Five hundred silver iodide smokers have already been installed for experimental purposes with encouraging results, hoping to one day control the weather over the Tibetan plateau which feeds most of the rain to Chinese rivers and agricultural areas. Planes will be used to disperse artificial ice nucleating materials for rain to form on making crossing lattice patterns across the sky to manufacture artificial rain clouds. China also says it has the capacity to delay rainfall as well using desiccating chemicals such as aluminum oxide deployed from jet aircraft.

But was it? By 5.30am, when I arrived at the media centre for the National Day parade, the skies had cleared sufficiently to be able to see a star. But there were still thick clusters of cloud and some mist. It might rain again, I thought.

We were bussed to the press gallery outside the Forbidden City by about 7.20am. A band of cumulus lingered over the Great Hall of the People. They had darkened when I called a friend an hour later.

Just before I rang off, I described the skies to him. “It might still rain on the parade, but I think the odds are now on their [the organisers’] side,” I said.

Once the march started, I concentrated on that, but I recall being impressed by the unusual vividness of the sky on some of the images on the giant screens.

Other colleagues told me they found it remarkable that the clouds seemed almost to be held back from the square, even though there were still some around the edges.

By the time of the fly-past around 11am, the skies were clear until air force jets left behind lines of coloured smoke-trails. Now, six hours later, Beijing is still enjoying perfect conditions.

What happened? According to Chinese Meterology News, there were four attacks on a bank of clouds that approached Tiananmen from the south-west between 7.30am and 9.05am. In total 432 rockets were fired to achieve the desired result.

Xinhua news agency reports that the authorities also had the capacity to delay rainfall.

“Only a handful countries in the world could organise such large-scale magic-like weather modification,” it quoted Cui Lianqing, a senior air force meteorologist as saying

Even Putin admittedly controls the weather for his parades and national ceremonies and laughs when the West denies the have similar programs to modify the climate. Yet even a mention of weather modification or geoengineering in western mainstream media will earn a “tin foil hat’ and the label of a conspiracy theorist.