Ceremony on the Skykomish River 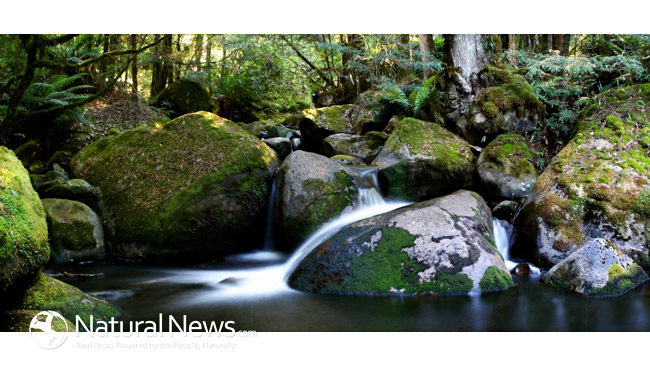 WILD RIVER
On a recent Sunday afternoon, some girlfriends and I performed a special ceremony on the Skykomish River, a wild river in Index, Washington. We conducted a River Goddess puja, a ceremony to gain intimacy with the River Goddess, to ask for her blessings, and to request her kindness and consideration for my girlfriend and her husband’s property that skirts the riverbank. I embraced a large vision for the community as well.

We had reason to approach Skykomish River with reverence and soft hearts. In 2006, the Skykomish River flooded her banks and broke six or more sections of Index-Galena Road, the main road that runs through the former mining town. They called it a “500-year flood”.

This mighty wild river flows through Wenatchee National Forest, a mountainous terrain composed of granite rock. It forks into another branch, the South Fork, just below my friend’s property. The Index-Galena Road runs up a narrow valley with tall mountains on both sides and in front as well.

Just to the south of Index stands another mountain range with spectacular granite formations. This area has had Western Civilization for about 100 years, but before that it was Native American Indian land—all the rivers in the area have Indian names.

OUR CEREMONY
For the ceremony we climbed down an embankment to the river shoreline and spread a colorful cloth. On it we placed a bronze water pitcher, marigold blooms, a candle, some incense, prayer booklets and some musical instruments: a wooden flute and some percussion rattles.

We honored the invisible Divine Creator and the Sun by filling a bronze vase with river water and sprinkling flowers on top of the water. We stood in the river and gazed up toward the Sun while clasping the goblet high above our heads (we took turns one-by-one). We poured the water in front of us so that we could see the sunlight sparkling through the streaming water, all the while chanting a mantra to honor the Sun.

This particular part of our ceremony felt really blissful. I stood in the river and poured the water out from the bronze vase while the sunlight shone brightly in-between some clouds. The river in late August was very low and slow moving, not the raging winter river that Skykomish could become. We performed something similar for several aspects of the Divine, and especially for the River Goddess.

For the final honoring we decorated a large leaf with marigold blossoms and a lit candle on top. Then, we released it to float downstream. It felt really joyful to see the leaf gliding over the water in-between several stones and journey on and on downstream! Everyone felt happy and satisfied after our ending songs and meditation. But, we had no idea of the marvel that was in store for us!

SKYKOMISH RIVER ECO-FIELD
Three of us drove out immediately after finishing the ceremony, and then the surprise happened. We lingered in very heavy traffic—unusually slow traffic where it took nearly an hour to drive 14 miles.

Both our cars snaked our way out of the mountains, sometimes coming to a full halt for what seemed to be ages. As my car and I crawled out of the mountains in a light mist of rain, suddenly I had the urge to phone my friends who drove a few car lengths behind.

“The whole eco-field is bathing us in appreciation! Our River Goddess won’t let us go quickly!” I said as they laughed and agreed.

I felt very encouraged and honored that I’m on the right life path.

ANGELS SHIMMER OVER A RIVER
Although I’m supposed to be reading several books right now, I just found Rudolf Steiner, and I’m glued to a series of lectures that he gave during a 1909 retreat in Berlin on the topic of the Spiritual Hierarchies and the Physical World.

His interpretation of Vedanta philosophy is profoundly deep. Here’s the amazing part: he speaks of beings, beings who are higher developmentally than human beings such as Angels and Archangels, Spirits of Personality and more. When he spoke about the Angels’ physical forms, he describes their bodies as the light shimmering over a river.

We should not imagine that the physical body of an Angel needs to be limited in any way. An Angel can belong to a portion of water here; far away is another segment … The physical body of an Angel down here in a sheet of water … in flowing or evaporating waters … But, if you wish to find the soul-spiritual nature of these Angels’ being, you must investigate the astral realm clairvoyantly.

Reading about the Angels’ physical forms over the water is so timely for our ceremony on Skykomish River. In Rudolf’s philosophy called Anthroposophy, the Angels are the living beings who follow each human being lifetime-to-lifetime and remember all of these lifetimes.

Since usually a human being doesn’t remember all the details of all their lifetimes, it makes sense that these memories are preserved.

I believe all sentient beings, trees, sacred places and sacred architecture and sacred sites have their own Angel who follows them throughout all of their lifetimes.

Diane Carol Mark is an active Amazon Author, has a multi-episode Podcast published on iTunes, and is recognized as a Platinum Level Expert Author on Ezine Articles. Diane is a professional fine artist and intuitive healer who lives in the Pacific Northwest. She has studied in an Intensive Individual Writers Program with best selling author and teacher, Tom Bird. The editor of her published novel Gold: The Zen of Dr. Shu Li is the renowned Paul McCarthy, best selling author and editor to nine New York Times #1 best selling authors, including Clive Cussler and Stephen Coonts.