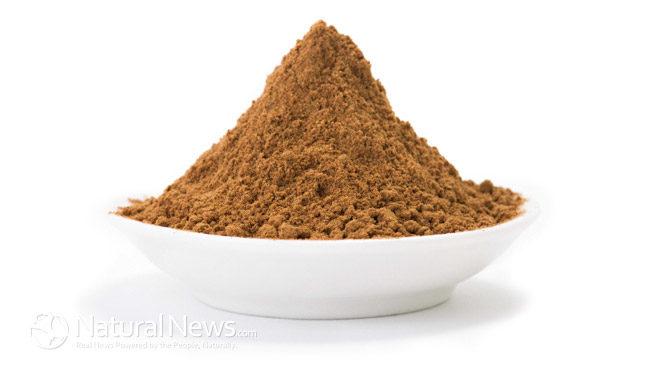 Carob flour has been used for years as a substitute for coffee, cocoa and egg. Nowadays it is a superfood that deserves its own place during the culinary kitchen dance of cooks. This flour contains many proteins and minerals. Besides this nutritive aspect which benefit your total health, there are substances that work the same way as an antidepressant medicine. Some researchers say carob flour has cancer protective properties. In short we can notice that there are many reasons to dive into carob.

In classical Egypt people already used carob flour as a sweetener. The carob tree originally comes from the Mediterranean region, including South-Europe, North-Africa, Middle-East and The Canary Islands. The tree sometimes gets no bigger than 7 meters but some trees do climb all the way up to 20 meters. Carob trees blossom in September and August. Humans eat the seed but they rather like the legumes themselves.

The legumes are to be roasted and milled. Saint John´s Seed Bread is being made differently. In Europe sometimes it is still happening on a low scale that bread is being made of the seeds of carob. ´Each way of use leads to a different amount of total polyphenols,´ German researchers say in 2004. In the unprocessed seed there are more flavonol-glycosides and hydrolyzable tannins. In the roasted seed there is more of gallic acid

Natural medicine researchers have been studying carob for a long time but not all their studies are scientifically proven yet. Carob is one of those substances that work both against diarrhea as constipation. By the astringent force it works against diarrhea. But the polyphenols make it mild laxative. Incidentally, a diarrhea is also counteracted by drinking a tea from the tannin-rich bark of the carob tree. Tannins are the substances that provide the astringent action. The astringent effect can also have impact on the throat. It can cure cough. Moreover, carob is soothing.

Both carob fruit, -flour as -syrup are full of minerals, proteins and carbohydrates. There is a lot of calcium, potassium, magnesium, sodium and phosphorus in carob. Carob syrup contains the highest amount of potassium, phosphorus and calcium. These substances are also much in carob flour, which also has sodium in it. In 2009 Turkish researchers add that the essential fatty acids come in good in quantities in carob flour.

Carob flour can be turned into milk. You cook 100 grams of flour in one liter of water and let it boil for two minutes. Then let it cool down. If it is cold enough, you put it in the bottle. This bottle saves up to three days in the refrigerator. You can use it as an alternative, vegetable milk. It might not be good for your health to rely on this type of milk only. There are other vegetable milks such as oatmeal milk, chickpeas milk, rice milk and almond milk. Using these varieties is better then using a single milk product because more different nutrients will be supporting your health.

Italian researchers found in 2002 that both the leaves and pods of the carob have anti-cancer effect. That may have to do with the essential fatty acids that are herein. Read more about fatty acids in the book by Brian Peskin: The hidden story of cancer. In the study cell lines of liver cancer were tested on mice. It is said that their discovery is of importance for the development of functional food against cancer. Portuguese researchers published a study in 2011 showing that the antioxidants in carob have an anticancer effect as well. The female Galhosa cultivar had the most polyphenols. The researchers assume that when a plant contains more polyphenols, it has more healing power.

It can be a substitute for chocolate, coffee and egg. Many people know this. Sometimes humans tend to forget that carob in itself has irreplaceable medicinal and culinary features.