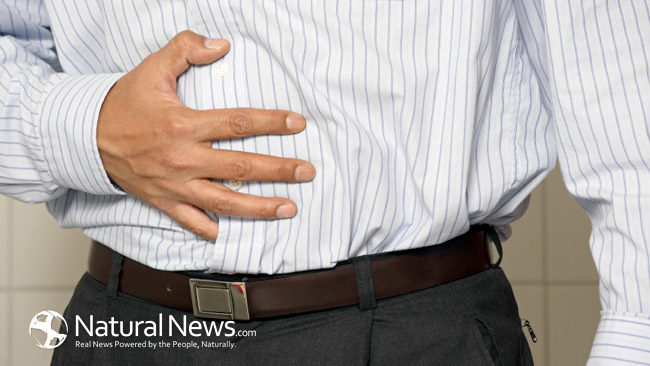 One of the main reasons that fungal candida is related to over 100 conditions and diseases is via its ability to promote chronic inflammation in the body, and inflammation is tied to most every condition. Although fungal candida can spread throughout the body in a matter of hours during and after taking antibiotics, its effect in the digestive tract happens much more quickly, and lingers for decades. Studies continue to link the presence of fungal candida with Ulcerative Colitis (UC), Crohn’s, Irritable Bowel Disease (IBD), gastritis, ulcers, indigestion, gas, bloating, and other digestive tract imbalances. Imbalances within the digestive tract then extend to other tissues, organs, and systems elsewhere in the body.

One of the inflammatory pathways associated with fungal candida is the pro-inflammatory IL-17 Cytokine Pathway. This same IL-17 pathway is also associated with Crohn’s, IBD, UC, Gastritis, and other imbalances. Researchers from Switzerland and Italy were among those who have first identified the connection between IL-17, candida, and a host of diseases that extends beyond the intestinal tract to include Multiple Sclerosis, Rheumatism, Psoriasis, and other autoimmune diseases. Other strong pro-inflammatory pathways generated in response to the presence of fungal include Il-1, and TNF-a, both of which are also associated with IBD, UC, Gastritis, etc. The ability of fungal candida to persist for years after antibiotic use plays a role in creating chronic health conditions inside and outside of the digestive tract.

The presence of candida in its fungal form will also inhibit the recolonization of beneficial bacterial strains known to help balance pro- and anti-inflammatory immune responses within the digestive tract. As long as fungal candida persists, imbalances within the bacterial flora will predispose the cells lining the digestive tract to advanced inflammation and rapid deterioration.

Patients with Crohn’s, IBD, UC, and Gastritis are frequently colonized with larger numbers of fungal candida. Candida is believed to initiate these digestive diseases, as well as playing a role in the ongoing maintenance and exacerbation of each of them.

With so much research continually showing candida’s role in these imbalances, any attempt to successfully address them will have to include addressing fungal candida as well. Addressing fungal candida will be one aspect of a successful approach that should also look at re-establishing the diversity of the bacterial flora, boosting the correct immune response, and reduction of a toxic body burden.

It is the loss of microbial diversity that is associated with disease, and the re-establishment of diversity with health. The greater the levels of diversity, the greater our health. This is a simple rule of ecosystems throughout the planet, and especially, the complex ecosystem that lies within each of us.

The common factor leading to a loss of microbial diversity in humans is antibiotic use. Twenty-four researchers from Harvard, MIT, and several other Universities found that “…exposure to antibiotics increases Crohn’s-disease-associated dysbiosis“. It is the same antibiotic use that also creates fungal candida, which in turn orchestrates the composition of bacterial flora found in Crohn’s and other inflammatory digestive tract diseases.

Supporting healthy levels of candida and re-establishing a diverse microbiome will increase health and digestive function.