Can white rice be considered Paleo? 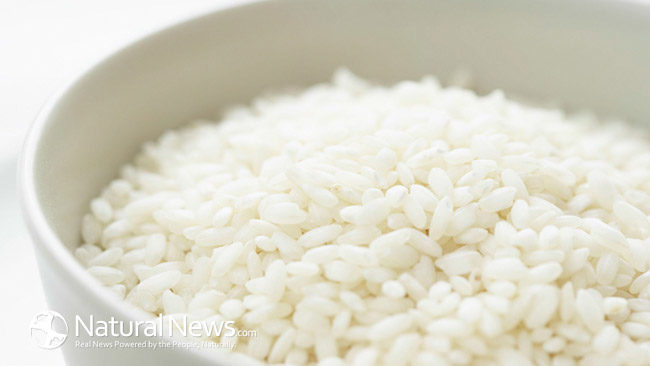 Can white rice be Paleo? What’s the first answer that pops into your head? No, of course not. When we describe the essence of what Paleolithic eating is we should automatically think avoid all grains, sugar, legumes, dairy, etc. But what is rice? Is rice a grain or a starch? Before I answer that let’s explore the history of rice, different types of rice, and why it may be able to fit into a Paleo diet.

Rice crops date back to about 2500 B.C. and originate in China. Rice also known as (Oryza Sativa) is a cereal grain of the grass family that grows 2-6 ft tall with round, jointed stems. In Chinese, the word “rice” and the word “food” are synonymous. Which means at the time rice was being cultivated, so was the Chinese language. Rice is free of the protein gluten but contains different protein chains called amino acids. Amino acids are critical for muscle building and repair. It’s a good thing that rice is free from gluten which causes havoc throughout our body and is used in many gluten free foods. Rice is actually a grass that sprouts clusters of spikelets instead of flowers, which holds one grain of rice (endosperm of the rice seed). All rice varies in color, shape, flavor and size. Rice is a staple food for many countries; it was first cultivated in China not before long it was brought to Sri Lanka and other countries such as Africa. The crop flourishes in subtropical climates and is estimated that half the world’s populations subsists on rice. So, I propose this question, before westernized food entered into Asia, the people of the continent were slim and healthy, so what makes it so bad for us? Let’s dig a little deeper.

There are more than 40,000 different types of rice depending on the region that it’s grown in. To keep this short and sweet, I’ll just name a few.  All white rice was originally brown and is then chemically or milled to remove the outer husk. White rice is what is left after the bran and germ are removed, this is where most of the nutrients reside. Some rice is enriched with vitamins and minerals that were removed during the milling process. Different types of rice include: wild, basmati, black or forbidden, Arborio, red rice, jasmine etc.

BROWN RICE – the healthier choice? Let’s take a look at the nutrient density (keep in mind that not all nutrition facts will be the same)

WHITE RICE – the bad choice? When you compare the two types of rice, they are almost nutritionally identical. Most white rice is enriched, which is the process of adding back in the vitamins and minerals.

Let’s take a deeper look into why rice is supposedly a no-no in the Paleo diet. Brown rice contains the bran and germ which means the nutrient density is going to be higher than white. Brown rice contains phytate or phytic acid which is NOT digestible to humans, and blocks our ability to absorb vital minerals such as zinc, calcium, magnesium and iron. It has lectins…But unlike gluten lectins it does not cause malicious harm to our body. The type is called Haemagglutinin-lectin which binds to carbohydrate receptors and block nutrient absorption. The good news is once the rice is cooked it deactivates lectin’s toxicity. People have been trying to figure out how to release these anti-nutrients from the grain using many different methods for example, soaking and fermenting the grain or parboiling (partially boiling, drying and milling process). The good nutrients that brown rice contains are: choline, vitamin K, folate, selenium, calcium, magnesium, and potassium. Unfortunately for us humans, phytic acid will block most of these nutrients.

Essentially, white rice is brown rice that is milled and processed to remove the outer bran and germ. So after the bran and germ are removed from the brown rice, what’s left nutrionally? Actually quite a bit more than what I thought. According to http://nutritiondata.self.com, this credible website reveals that folate, potassium, calcium, magnesium, and oddly enough fluoride goes from 0 mcg to 64.9 mcg which may be caused through the mulling and extraction of the husk. This nutrition data may be after enrichment which would make these facts null and void.  Another good point about white rice is that when the bran and germ are omitted it’s less toxic to your body, easier to digest, and nutrients are more absorbable, hence, making white rice not as bad as it’s ugly reputation.

WHY WHITE RICE MAY BE ABLE TO BE PALEO

In actuality, white rice won’t ever be Paleo. Sorry.  The reason is because a grain is still a grain, and sugar is still sugar. White rice is more or less a nothing food. Paleo prides itself on clean eating, and eating what our Paleolithic ancestry ate. Processed foods don’t fall into the Paleo ideology. I consider white rice to be a processed food, since it has to go through a process to remove the bran and germ and furthermore to be enriched with vitamins and minerals. Most removal of the bran isn’t through a chemical process, which is good, but some are…which is a little scary. The research leads me to believe that it’s better to eat white rice over brown which is contrary to popular belief. I love going against the grain! Most experts would say to eat white rice with a fibrous vegetable and a protein; this will diminish the starch effect. White rice is all starch which turns into a sugar almost immediately in the digestive system. The goal with eating brown rice is it slows down the insulin production which is better in regards to glycemic index.  On the other hand, white rice merely does the same thing when coupled with a fibrous vegetable and protein. White rice is a safer choice due to the fact it will never block vitamins and minerals or irritate your digestive system like brown rice will.

All in all, rice isn’t the greatest food to eat when following a Paleo diet. Rice is indeed a grain AND a starch. Rice in its whole form is a grain; once the bran and germ are removed it becomes a starch which immediately turns into a sugar if not coupled with a protein. If you had to choose between white or brown rice while out to dinner at PF Changs, choose white if you’re so inclined. This should be great news for the sushi lover too. Of course, the best and most Paleo choice is to say no to the rice but sometimes, you just have to live a little.