How can pets be part of a sustainable future? 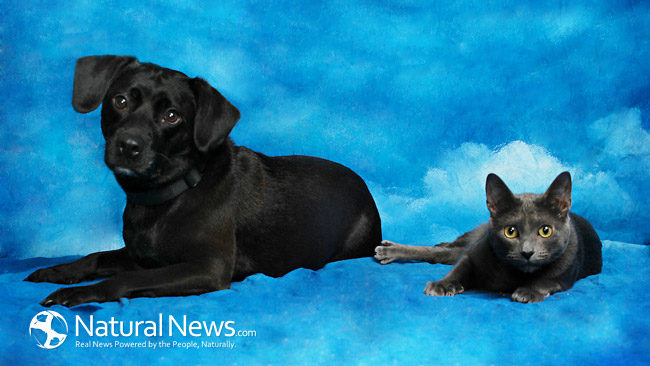 Although it’s impossible to know exactly how many dogs and cats there are in the world, estimates put the value at around 525 million dogs and 600 million cats. That’s around one dog or cat for every seven people.

This is a much bigger problem than some might think. The pet market has grown dramatically over recent years to the point where many Western pets are treated to a better standard of living than some humans.

In the US alone, the pet industry has doubled in value since 2002 and by 2014 was worth $58.5 billion a year. Taking the lead from their owners, there’s also a huge pet obesity crisis across the pond, where 53% of dogs and 58% of cats are overweight or obese.

The level of spending on UK pets is not quite as overblown, but average costs might still surprise you. The average cat costs about £1,028 per year, and a dog can cost between £16,000 and £32,000 across its whole lifetime depending on its size. It’s estimated that two German Shepherds will use more resources for their annual food needs alone than the average Bangladeshi uses for their entire annual living costs.

How can we solve the problem of pet sustainability?

The obvious solution would be to just let our pets go and fend for themselves, then never keep one ever again. This is unlikely to be an accepted solution for the animal lovers among us.

Unfortunately, the predicted effects of climate change on grain prices might force the hand of many, as they struggle to pay to feed themselves, let alone their pets. This could potentially lead to a similar feral animal crisis as can be seen in Detroit today.

For now, there are a few things pet owners should consider for minimising the impact of their pets on the environment.

The most important step is to spay or neuter pets to keep population in check. In the US alone, the dog and cat population has increased by 44.5% and 92.47% respectively since 1981. Both species, left to their own devices, are extremely efficient breeders and can produce thousands of offspring in a lifetime.

Also consider that, according to the ASPCA, 2.7 million cats and dogs are euthanised in the US each year because rescues cannot support the number of incoming pets without homes. Not only is this unspeakably cruel, it’s also a huge waste of resources.

If you want to replace a pet that’s passed away, it’s best to rescue one rather than buy a kitten or puppy. If it’s not been done, spay or neuter your new pet straight away.

Be a conscientious consumer

Another way to green your pet is to be more conscious of the food and accessories you buy them. Try to buy food in recyclable packaging such as cans or cardboard containers, rather than plastic or mixed material packaging.

The contents of the food is also important. Many pet foods – ranging across the spectrum from low to high cost – contain grains and sugars. This is a complete waste for dogs and cats, as they are carnivores and can’t digest these foods – cats can’t even taste sugar! It’s likely that pet food companies include it to stimulate appetite, making your cat want more.

If you buy food that’s grain/sugar-free and has a high meat content, your pet will eat less and be fuller for longer, ultimately using fewer resources.

What goes in must come out. The greenest way to deal with your pet’s waste is obviously to compost it. It’s also possible to buy biodegradable cat litter for cats, and compostable doggy bags to pick up waste.

Finally, when it comes to furniture, toys and accessories, use the same standard of sustainability that you would use for your own products. Collars made of hemp are available and bedding should be made from organic cottons.

Keeping a cat or dog full time is a huge commitment, both in terms of time and money. Many of the benefits of pet ownership and interacting with animals can be achieved without actually having to keep one full-time.

In the same way that services have spring up that offer carpooling and car sharing, there are now websites that let you share someone’s pet. For example, BorrowMyDoggy is a website that matches dog owners to potential minders.

If you’re more of a cat person, cat cafés are emerging up and down the country, where you can go and enjoy afternoon tea in the company of several furry friends.

The elephant in the room

As much as pet owners love their cuddly companions, the unavoidable truth about keeping a cat or a dog is that they’re basically just there for our own selfish amusement. Gone are the days of keeping animals that provided us with any real use, such as the sheep dog or the cart horse.

Our pets today can be lumped in with everything else we conspicuously consume. So, in their current guise, is there really any place for them in a sustainable world? I would argue not.