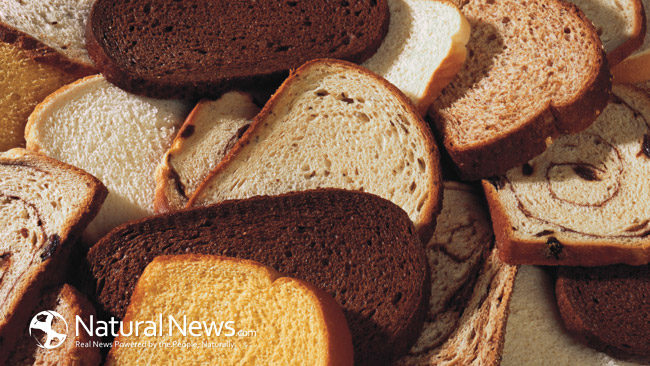 Maybe you once struggled with joint and muscle pain, or perhaps chronic bloating or diarrhea. Perhaps you used to feel fatigued all the time. Everybody you knew was talking about going “gluten free,” and said how much better they felt when they did. But you hesitated—after all, bread is delicious! Could you really go the rest of your life without eating “real” pasta or pizza crusts or fresh-baked bread? You Googled it and found that all kinds of “reputable” sources said gluten sensitivity wasn’t real.

But still… could everyone you knew be wrong?

At last you just tried it, and you were amazed at how much better you felt without gluten as a staple in your diet. But that still didn’t totally make sense to you. Our ancestors have been eating wheat for thousands of years, after all!

Then maybe you went on vacation in Europe, and thought, what the heck… I’m going to eat what I want. It’s vacation! To your surprise, the Italian pasta and the French pastries caused you no problems whatsoever. You wondered if maybe you’d imagined gluten sensitivity after all… until you came back to the States and tried to maintain your new diet. Quickly, all the old symptoms returned.

So are you allergic to gluten, or aren’t you?

I’d heard this story many times from my patients before it happened to me personally. Bread is one of my favorite things, but I learned the hard way that eating gluten makes my gut very unhappy. It’s just not worth it. Yet while vacationing in Southern Ireland, the hearty brown bread served at nearly every meal looked too good to pass up. I ate it at every opportunity (it was vacation, after all)… and I felt just fine. But when I tried to eat the brown bread in Northern Ireland (part of the UK), I felt sick again. We crossed over to Southern Ireland again (part of Europe): no problems. Then in the States: sick again.

After investigating this upon my return, I found that there are three main possible causes of the disparity between gluten in the US (and the UK potentially), and gluten in Europe.

Differences in Gluten Abroad vs At Home

Can You Have Your Bread (and Eat It Too?)

If you are gluten sensitive (not Celiac) in the US, but you don’t want to move to Europe OR give up your bread, here are a few approaches to try.

(To find out what else might be causing your gut health issues, take the Gut Health Quiz. It’s free!)