Can a diet really protect the brain? 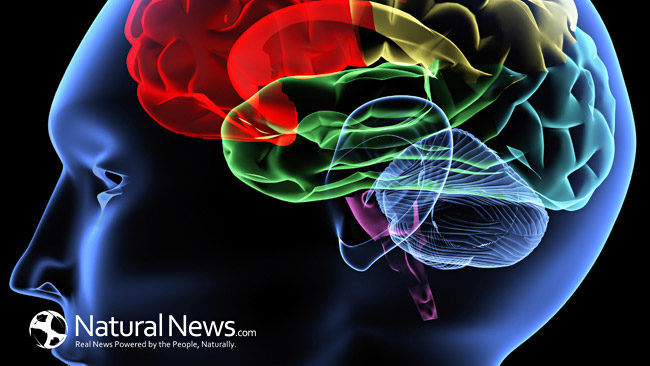 Many of us go on a diet because we want to lose all that extra weight and become fit and healthy. Following specific diets for weight loss is a common phenomenon among fitness fanatics which often include custom-made dietary plans. While the perceived benefits of being on a diet typically revolve around calorie loss and building energy, recent research has been indicating that specific foods contain unique benefits that go beyond weight loss and fitness. A simple diet plan is now believed to be able to go so far as to protect the human brain and prevent various brain illnesses like Alzheimer’s, dementia, etc.

It has long been assumed and suspected that specific brain-boosting nutrients can affect cognitive emotions and processes. However, research now reveals that certain dietary factors can influence particular mechanisms in the body that help maintain and enhance mental function.

The way we require energy and vitality to function correctly, the specific organs in our body also need that strength to be able to work fully. The brain, like any other organ, requires a constant supply of nutrients to be able to build and maintain its structure. It also needs proper nourishment to function consistently so that it can be protected against diseases and premature aging. Research has discovered that most micronutrients present in various foods like vitamins, amino acids, minerals, fatty acids, etc. have a direct relation to our cognitive, mental and cerebral function.

It is also said that our genetic potential for complete mental development and physical growth can be compromised due to a deficiency of these essential micronutrients. People with poor nutritional status are more vulnerable towards psychological dysfunction which can result in fatal brain diseases and illnesses. However, a variety of foods contain antioxidants and polyphenols that can protect our brain from free radicals, which is why it is crucial that our brain receives the kind of nutrition it needs for optimal health and protection.

Numerous researchers have come up with different variations of diets that solely cater to brain health and vitality. One of these diets is the MIND Diet that has gained considerable popularity in recent times. It stands for “Mediterranean –DASH Intervention for Neurodegenerative Delay” and the U.S. News’Annual Diet Ranking has ranked this diet on number 3. It was developed by Martha Clare Morris who is a nutritional epidemiologist at Rush University. The MIND diet has been majorly celebrated for its numerous brain-health effects which are believed to reduce brain shrinkage and the risk of cognitive decline associated with various brain diseases.

While the MIND diet is beneficial for whole body health, it primarily focuses on the brain and aims to protect it from harm and danger. It comprises 10 major food groups that are packed with brain-boosting nutrients and minerals. These include leafy greens, berries, whole grains, other vegetables, nuts, fish, olive oil, poultry, wine, and beans.

Morris, who developed this diet expended considerable research on the subject to work on questions like, can a diet really protect the brain? Her research shows that the MIND Diet has the potential to lead to a significantly slower cognitive decline in people who follow the diet for a good number of years.

A group of researchers conducted a study where participants were made to observe the MIND Diet for quite some time. The participants were followed up to 10 years with an average of 4.5 years. Those who religiously observed the diet for the given period displayed better scores in overall global cognition as well as in other five major domains namely semantic memory, episodic memory, working memory, perceptual speed and visuospatial ability. At one point, the authors of the study also decided to include potentially confounding variables like exercise levels or education to see if it affected the results. However, the results were still consistent as before.

Another study was conducted on older adults in Athens in which they were made to follow the same diet. The results showed a significant correlation between brain function and the components of the diet and the researchers also found that the diet led to less cognitive decline over time and protected it from external harm.

The fact that the MIND Diet can slow down cognitive decline paved the way for extensive research where researchers found that what you eat can also strongly affect the risk of Alzheimer’s Disease. Morris’ work revealed that this diet can reduce the risk of Alzheimer’s Disease which is one of the most common neurodegenerative diseases. People who consistently followed the diet showed a 53 percent reduction in their risk of developing Alzheimer’s Disease. However, the results were still quite impressive for people who followed it moderately where their risk of acquiring the disease went down by 35 percent. This goes to show that the MIND Diet does not only particularly cater to the underlying pathology of Alzheimer’s disease but also fosters better protection of the brain and an enhanced overall brain function.

A second research conducted on the relation between MIND Diet and Alzheimer’s demonstrated similar results. The study showed that people who followed the diet to a T had a 36 percent reduced risk of developing Alzheimer’s in the future and also a 27 percent reduced likelihood of experiencing mild cognitive.

While the MIND Diet overall is excellent for brain health, researchers have been trying to figure out which components exactly contribute to the benefits. Some studies have linked fish with reduced cognitive decline while others believe that fruits and vegetables play the biggest role in brain protection.

In a nutshell, the MIND diet has proved to be that one diet you must follow to ensure optimal brain health and protect yourself against brain diseases and illnesses.

If any of your adult relatives have been facing any mental decline, get them to take a brain test like mci online or any other immediately. While doing that, also have them follow the MIND diet to be both mentally and physically fit and healthy!

Audrey Throne is a mother of a 2-year old and a professional blogger by choice. Throne is passionate about health, technology and management and blogs frequently on these topics.