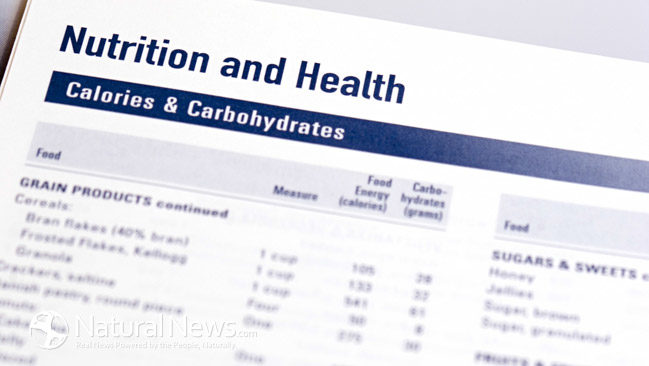 The debate over what dietary habits best boost overall health while postponing age-related disorders is often a hot topic. Some studies link a high sodium diet to a faster onset of Alzheimer’s disease, while others say that the obsession with reduced-sodium foods is detrimental to the body. Some people say that pure butter is harmful to health, yet there’s a bulletproof coffee trend that advocates the health and taste benefits of blending it in coffee along with coconut oil.(1,2)

However, it’s the debate over calories that seems to get people talking the most. When it comes to calories, heads spin with questions pertaining to body type, exercise level, existing health conditions, personal preference, body image disorders, brain health and weight loss or maintenance goals. How much is too much? Is it ever good to dip below recommended calorie levels? Should people detox and cut way back on calories to offset a bad weekend of eating? The list goes on.

Now, a new study reinforces what others before it have touched on: that a low-calorie diet can indeed be more beneficial to health than ones with more calories.

During the November 17, 2014 Society for Neuroscience annual meeting in Washington, D.C., neuroscientists at NYU Langone Medical Center gave a presentation showing that calorie-reduced diets are responsible for stopping the activity levels of nearly 900 different genes associated with memory and aging in the brain. Tissue analyses of the hippocampal region, the area affected the earliest in Alzheimer’s disease, were analyzed when subjects were provided with 30 percent fewer calories.(3)

According to senior study investigator and NYU Langone neuroscientist, Stephen D. Ginsberg, PhD., the ” . . . study shows how calorie restriction practically arrests gene expression levels involved in the aging phenotype . . . ” He adds that calorie restriction shouldn’t be considered a magical path towards youth, but rather looked upon as something that adds ” . . . evidence for the role of diet in delaying the effects of aging and age-related disease.”

The Pros and Cons of a Low-Calorie Lifestyle

Someone who is not a stranger to calorie-restrictive eating is Brian Delaney, president of the Calorie Restriction Society International and co-author of The Longevity Diet. He maintains that taking in fewer calories than recommended, even if one is very active, helps people live longer and look younger. At 48-years-old, Delaney says he looks younger than he is and that tests on him that check for biomarkers like DNA damage, blood pressure levels and arterial elasticity are comparable to a person 20 years his junior. He notes that he takes in under 2,000 calories daily.(4)

While the idea of restricting calories may sound tempting, like anything where changes in diet come into play, it’s always best to speak with a medical professional beforehand.

Another point of consideration in consuming fewer calories on a daily basis is that it has the potential to be detrimental to those predisposed to eating disorders, something which even Delaney offers warning about.