Is Buying Organic Healthier? (Yes, But Perhaps Not for the Reasons You Think) 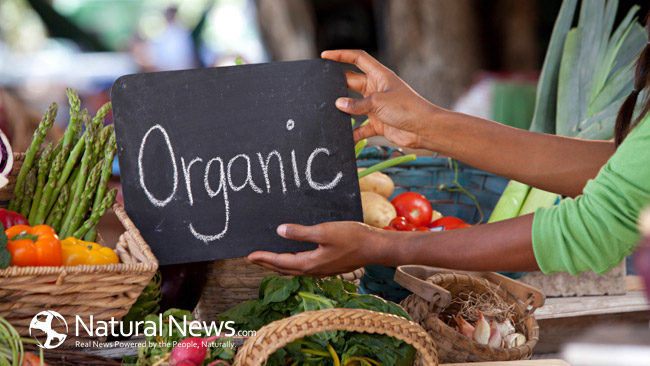 Organic food specialists are still relatively thin on the ground. A recent study I led found that there were only 0.63 outlets per 100,000 people in London, United Kingdom. However, they are gaining popularity and becoming more common.

We’re typically conditioned to believe that organic food is better for us than conventional food, simply because. For many of us, the labelling used on organic food translates into the idea in our heads that it possesses qualities that contribute to our health in a way that regular foods don’t. In other words, they’re ‘super-foods’.

Buying organic does have its benefits, not just for the person intending to eat it. It also boosts the industry in which it is produced and sold. However, the notion that organic food is nutritionally any superior to conventionally produced food is one yet to achieve significant credence among researchers.

That said, a diet utilizing organic produce can be healthier; even if it isn’t for the above-stated reason.

Recently, a review of studies appearing in the British Journal of Nutrition came to the conclusion that organic food is richer in antioxidants than non-organic food. It is also said to be lower in a toxic mineral called cadmium. However, until this, the consensus developed by research said different.  By and large, the nutritional differences between organic and non-organic were minimal.

Clearly, more studies are required for researchers to come to a scientific accord.

But as we’ll explore, the manner in which organic food is bought, sold and utilized, does create health opportunities of its own.

What has now become conventional grocery shopping comes with its nutritional hazards. Packaged ready meals, which adorn the shelves of supermarket shelves, offer convenience and apparently good value. But they’re often much higher in added salt and sugar, and perhaps even more calorie-dense than a dish we’ll create in our own kitchen from scratch.

Buying from organic farm shops typically entails buying fresh produce to cook meals ourselves, which is generally a healthier practice than eating packaged meals. This because we’ve got our hands firmly on the sugar and oil dispensers during the cooking process. So where buying organic means buying fresh (and it often does) it is healthier.

The added benefits of visiting organic food outlets is that their junk food quota will be infinitely lower than on offer in large supermarkets (where occasionally such foods might even be featured in a promotional offer). With this in mind, organic shops provide a shopping environment in which shoppers are less prone to temptation and bad choices.

In addition to the above, which we might term as health benefits indirectly associated with organic food, the practices used in developing organic produce do make it healthier in direct terms too.

The official definition of organic food is one determined in many countries by agricultural legislation, and rightly so. However, it will generally be along the same lines. Those being, produce which is cultivated and farmed using methods that do not include the use of chemicals. Consequently, it will not contain preservatives or traces of pesticides.

Historically these have been widely employed in crop-farming. But close exposure to some has been linked to health risks, including liver and kidney disease.

Organic food then is thought to contain fewer toxins than non-organic. In this respect, is conducive to better health.

Furthermore, the production of organic food, by virtue of its processes without the use of chemicals, is a good thing. It is better for the health of the soil where it grows.

Hi. I'm Dr Wayne Osborne, and I've been working in general practice since 2002.

As a GP, my regular fields of practice tend to cover a wide range of areas, from paediatrics to elderly medicine. However, being an avid rugby enthusiast, my particular interests lie in sports injuries.