Bring Out The Potential Of Your Indigo Child 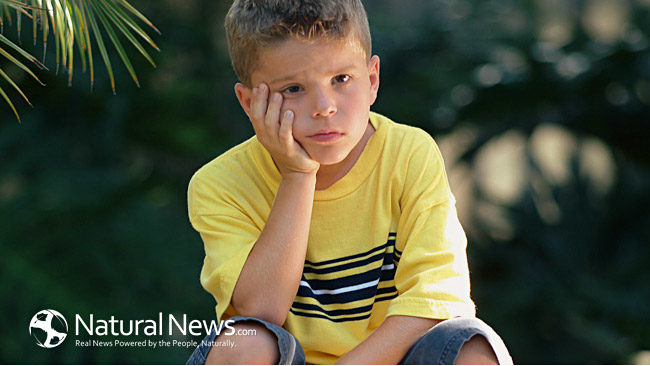 There is a lot of debate as to what exactly an Indigo child is. Many facts are still unknown when it comes to Indigo children. The general idea is that it’s a new generation of children who are highly intuitive and intelligent far beyond their years. Some have claimed that the name Indigo originated from the dark blue or purple color of their aura. Others have stated that it’s the state of their soul that influenced the name. According to the color scale of the souls – blue-violet is the color of an Ascended Master. This means that Indigo children have the ability to teach, as well as heal the people around them. They came into this world with a set mission, which is to shift humanity’s consciousness.

Basic Traits of an Indigo Child

These children understand their purpose from an early age. Indigos are usually highly sensitive, creative and spiritual. Concepts such as understanding of self-worth and importance are not new to them. They often struggle with totalitarianism and unfair authority. These children understand that everyone is equal in the end and should be treated with reciprocal respect. In many occasions, an Indigo child is extremely caring and considerate of other people’s feelings. However, because these children operate at a higher vibrational frequency, they don’t cope with negative energy surrounding them so well.

Honesty and loyalty are of high importance to them and communication is an essential factor in any relationship. When they encounter dishonesty, deceit or any other form of inequality, they don’t cope with it well. They neither understand nor want to accept this behavior. Anger tends to be a dominant feature in their character due to an unbalanced nature of our world.

Raising children requires hard work. Just like with any other child, discipline has to be present to guide the child in his early development. Many factors have to be taken into consideration when raising an Indigo child.

Indigo children tend to have ADD and ADHD problems as the experience shows. According to the CDC (Centers for Disease Control and Prevention), 11 percent of children, which is roughly 6.4 million children ages 4 to 17 suffer from some attention disorder, in America. The diagnosed cases have increased by 42% in only an eight years period. Taking into consideration the fact that there are no statistics present for Indigo children, there is no way to tell how many Indigo children suffer from an attention disorder.

Discipline is the Root of Success

Unlike average children, an Indigo child has a semi-developed identity from an early age. This means that they pay less attention to authority. The parent would have to install firm discipline in the household to raise a well-behaved child. Guidance would have to be provided for an Indigo child. The parent has to be there for the child emotionally. It’s crucial to show these children from an early age the difference between the right and the wrong behavior and explain the reasons behind it.

Communication is the Key

Given how sensitive Indigo children are and how keen they are on honesty and emotional bonding, it is crucial to discuss every matter with them verbally in a calm manner. These children do not understand yelling or punishment. This behavior is considered illogical and counterproductive to them. This is why, it is necessary to communicate, if there are any misunderstandings or if you’d like your child to behave in a certain way.

The child needs an explanation of the situation as I mentioned previously. They do not understand demands; it’s necessary to explain the reason behind them. Even though these children are right-brain dominant, which means they are artistic, creative and spiritual, they require the decisions to be more logical compared to an average child.

Be as Affectionate as You Possibly Can

Indigo children are highly sensitive, so they need to know they are loved on a daily basis. A hug or a simple way of telling them you love them is a great way of doing it. If you want to raise a well-behaved child, you need to show compassion and nurture.

Do Not Be Negative Around Your Child

Indigo children don’t understand yelling or arguing, and it has a strong effect on them, even if it’s not related to them in particular. You child doesn’t need to know if you’re in a bad mood or are irritated, so try not to show it. These children have a higher vibrational frequency, and because of that, they are very prone to adopting and magnifying the feelings of their surroundings. Parents that tend to bicker with each other have to change their habits, if they want to raise an emotionally healthy child.

Maia is a health enthusiast and a passionate writer. She is eclectic in her interests with a main focus in medicine, psychology, social media and sports. She believes it's important to always strive to be the best version of yourself. Learn more at www.mmpens.com