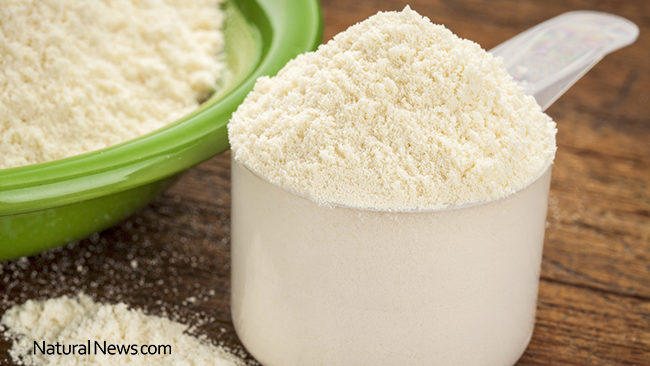 In recent years, humans have been scouring the plant and animal kingdoms for healthier alternatives to table sugar and high-fructose corn syrup.

We’ve had honey for thousands of years, but only recently have food scientists come up with stevia, maple syrup, coconut sugar, agave nectar, brown rice syrup, and other sugar substitutes that, unfortunately, either don’t taste as good as sugar or still have its insulin-spiking effects, albeit in less pronounced effects.

But what if we could find a better alternative that did not cause a sudden huge spike in insulin levels and tasted just as good?

As a matter of fact, scientists are on the way to developing the next big sugar alternative, one that doesn’t have all the unhealthy side effects of other carbohydrate-based substitutes.

Meet brazzein, an extremely sweet protein found in the berry of the West African plant oubli (Pentadiplandra brazzeana Baillon), a native of Gabon and Cameroon. Man and ape eat the oubli fruit, which is so sweet the natives call it “oubli,” the French word for “forget.”

Local folklore has it that when babies eat the oubli berry, the incredible sweetness of the fruit makes them forget their mother’s milk and stop going back to their mothers to nurse.

Whether these stories are true or not, we won’t be able to tell. However, what scientists have recently confirmed is that there is now a potential way to mass produce brazzein for public consumption. (Brazzein-sweetened cupcakes, anyone?)

Brazzein was first discovered in the 1980s. In the 1990s, various companies and university organizations begun exploring this plant-based protein as a healthier alternative to table sugar. However, the limitations of naturally sourcing from West Africa have stalled these efforts. Meanwhile, scientists have tried and failed to bioengineer microorganisms that can create this protein back home.

However, new research is breaking ground into the possibility of producing brazzein for mass consumption. Scientists funded by the National Research Foundation of Korea and the Chung-Ang University have found that they can create massive quantities of the protein by using a special strain of yeast.

A team led by Kwang-Hoon Kong were able to coax the strain Kluyveromyces lactis to overproduce two proteins that are needed to create brazzein. Using this method, the researchers churned out 2.6 times more brazzein than what they had previously produced using a different strain.

The result is a sweetener that is 2,000 times sweeter than sucrose, the simple sugar that is found in table sugar. Because it is so sweet, you don’t need to use a lot of it, thus eliminating the hefty amounts of empty calories that naturally come with sugar. Plus, it’s not going to be as costly as other sweeteners (Ahem, luo han guo!).

It also tastes good, more like sugar than its alternatives. Sure, you might like the fresh, earthy aroma of a jar of good honey. You might even have a weird liking for the bitter aftertaste of too much stevia. But brazzein tricks you into thinking that it’s all just good, ol’ bad-for-you sugar, only it’s actually healthier than that.

In the kitchen, brazzein looks to be pretty flexible. It easily dissolves in water, so you can use it to sweeten your coffee, tea, smoothie, or other beverages. It is also heat-stable and can withstand temperatures up to 200 degrees Fahrenheit for two hours, so you can use it for baking and other types of cooking.

Of course, it remains to be seen if brazzein actually makes it to the grocery store shelves. For the health buff with a sweet tooth that’s never going away, we can only hope that we’ll continue to be able to munch on our healthily sweetened flourless chocolate cakes and black bean brownies into the far, far future.

Andy Atari is a fitness blogger, researcher, and enthusiast. She writes for the every guy and every girl, the average Joes and Janes of the world who aren’t training to win a competition tomorrow or run a marathon in a week. She believes that everyone can have a fit and strong body, a goal that is not impossible to achieve if you set your mind to it. For more information, check out Andy’s work at FitnessAtrium.com.