Boycott the Ice Bucket Challenge and Truly Support Those with ALS 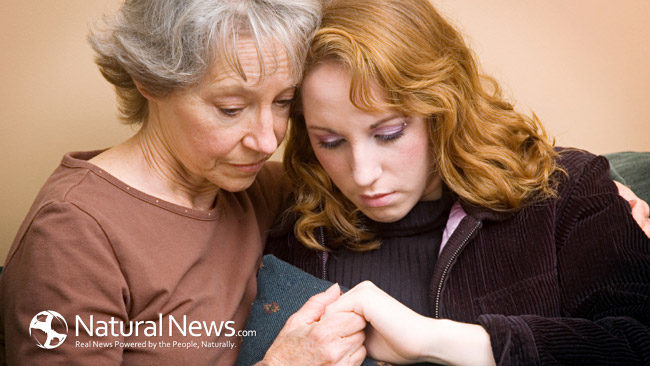 There really hasn’t been anything that has gone more viral across social media this year than the ALS Ice Bucket Challenge.  When one is nominated to take the challenge, they have 24 hours to comply by dumping a bucket of cold ice water on their head or donate money to The ALS Association.  Celebreties, and other well known public figures, such as Bill Gates, Justin Beiber, LeBron James, Robert Downey Jr, and George W. Bush have taken the challenge.  The purpose of pooring ice water over your head is to temporarily feel the effects that a person with ALS might feel.  As of this writing, over $62 million in donations have been raised.

What is ALS?  I’m glad you asked because a lot of the participants in the Ice Bucket Challenge have no idea.  From ALS.org: “Amyotrophic lateral sclerosis (ALS), often referred to as “Lou Gehrig’s Disease,” is a progressive neurodegenerative disease that affects nerve cells in the brain and the spinal cord. Motor neurons reach from the brain to the spinal cord and from the spinal cord to the muscles throughout the body. The progressive degeneration of the motor neurons in ALS eventually leads to their death. When the motor neurons die, the ability of the brain to initiate and control muscle movement is lost. With voluntary muscle action progressively affected, patients in the later stages of the disease may become totally paralyzed.”

They go on to claim there is no cure and no treatments that can reverse the symptoms.  To me, this should be quite significant admission for one considering to donate their hard earned cash to this organziation.  But, there are other reasons one would choose to boycott the Ice Bucket Challenge and not donate to The ALS Association.

Former Baywatch star and animal rights activists, Pamela Anderson has publicly brought to light the cruel animal testing experiments funded by The ALS Association: “Recent experiments funded by the ALS Association, mice had holes drilled into their skulls, were inflicted with crippling illnesses, and were forced to run on an inclined treadmill until they collapsed from exhaustion. Monkeys had chemicals injected into their brains and backs and were later killed and dissected.”  She goes on to point out that a whopping 92% of drugs that succeed in animal trials fail to have the same effect when used by humans.

The ALSA promotes a highly acidic diet with lots of sugar.

In the ALSA’s guide titled Maintaining good nutrition with ALS, they recommend lots of meat, fish, milk, cheese, bread and sugar.  The idea behind this is that people with ALS need lots of calories to maintain their weight which is supposed to help slow the progession of the symptoms. The flaw behind this thinking is that all calories are not created equal.  Just as all carbohydrates, fats and proteins are not created equal.  Most animal products, especially those that are not organic or from a 100% grass fed source, are amongst the most highly carcinegenic foods available.  Processed breads and refined sugars come with a laundry list of issues that contribute to poor health.  Eating these foods couldn’t possibly be beneficial to people suffering from ALS.

In an articles titled, Eat, Drink and Be Healthy is the Motto in ALS, the author talks about the importance of nutrition then goes on to recommend a pre-packaged shake which primary ingredients all come from genetically modified sources.  A recipe is then offered using peanut butter, chocolate syrup, milk and two scoops of vanilla ice cream.

ALS has been cured naturally.

Dr. Craig Oster is currently raising funding to create a documentary about the lives of people diagnosed with ALS and are healing or have healed.  These ALS survivors all went on to live quality lives, well beyond the two to five year death sentence, primarily through proper nutrition, detoxification and holistic medicine.  They have regained motor skills, increased muscle mass and reversed other symptons of ALS, in contrary to the mainstream medical systems implications that this is not possible.

If you truly want to help people with ALS, you can do the following:

2. Contact The ALS Association and condemn them about their awful dietary guidelines and policies on animal research.

3. Do your own research on this topic and talk to your friends and family about it.

Nick Brannigan is a radio host, author, public speaker and consciouspreneur. Nick's radio show, Health Conspiracy Radio, can be listened to every Tuesday on NaturalNewsRadio.com. He is also the editor of HealthConspiracy.com