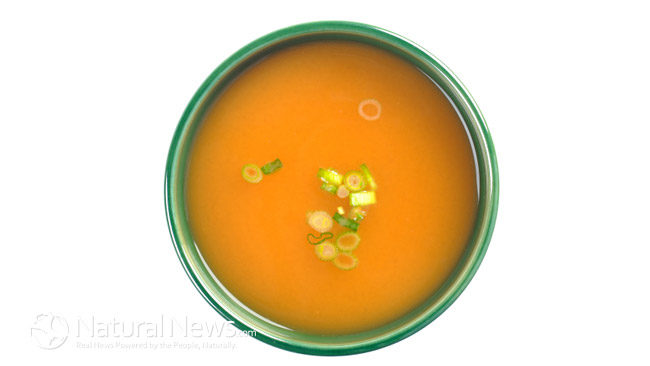 Bone broth is an ancient staple that unfortunately many of us no longer practice. It’s a kind of healing that you can feel the effects of instantly. It’s unfortunate that we have cut out old family traditions of naturally healing ourselves. One belief as to why old traditions died is because western medicine evolved and told us not to believe in old folk tales. We stopped trusting our own instincts, and put all of the trust into another human being that we call our Doctor. We need Doctors in this world, we need healers in this world, but it’s just as important to learn how to heal you first. That comes with keeping up with old traditions, listening to your body’s needs, and learning natural healing modality. One method to healing your body naturally is consuming bone broth.

The effects of this powerful medicinal “drink” are endless. Bone broth can fight infection, heal the weak, and give endless vitality. Our ancestors knew that chickens can run like the dickens; have you ever heard, “run like a chicken with its head cut off?” What this meant to our ancestors is the animal was able to “resurrect” from the dead and run. They knew it will certainly give us the same vitality when we’re sick. Therein, chicken soup was born. Unfortunately, how we know chicken soup to be today is nothing of what our ancestors knew.

Instead of consuming something that is supposed to heal you, we’re consuming SOY, WHEAT, MSG, DAIRY etc which is the exact opposite of healing. Campbell’s soup contains all of the highly allergic foods known to man. Another disappointing ingredient is vegetable oil which is genetically modified. The chicken used to make Campbell’s soup is mechanically separated. According to Wikipedia this is what mechanically separated meats means:

Sounds delicious right? This is right up there with McDonald’s pink slime for chicken nuggets. Wikipedia goes on to say:

“In 2004 the United States prohibited the sale of MSM beef for human consumption to prevent the spread of bovine spongiform encephalopathy.   It is sometimes called “white slime” as an analog to pink slime and to meat extracted by advanced meat recovery systems, both of which are different processes. The process entails pureeing or grinding the carcass left after the manual removal of meat from the bones and then forcing the slurry through a sieve under pressure. This puree includes bone, bone marrow, skin, nerves, and blood vessels in addition to the scraps of meat remaining on the bones. The resulting product is a blend of muscle (meat) and other tissues not generally considered meat. The process is controversial; Forbes, for example, called it a “not-so-appetizing meat production process”.

Now onto the good news! Let’s get back to the basics and learn how to make good, bone broth that actually heals the body. Bone broth is made from bones from a humanely raised, organic, grass-fed, open aired animal whether it be from cows, chickens or even fish. Then add onions, carrots, celery, salt and purified or spring water. The stock contains minerals the body can easily absorb which means instant relief to healing your ailments. The bones need to have a little bit of meat left on them, with all tendons and cartilage still attached. The bones provide vital vitamins and minerals such as magnesium, calcium, and silicon (important for bones, skin, hair and nails).

Once the broth is cooled, it congeals because of gelatin which is a therapeutic healing agent that heals the digestive system and actually can seal up holes in the gut. Gluten, modern-day preservatives, sugar and dairy can cause gut permeability (holes in the lining of the gut) that often leads to auto-immune disease.

As you can see, nixing canned, processed soups and broths is an absolute MUST! It’s time to return back to Grandma’s way, the old-fashioned traditions that worked. It’s easy to make and full of amazing healing benefits. The best part is, it can be frozen and stored for a rainy, cold, sniffles kind of day.

Below is a recipe from The Weston A. Price Foundation by Sally Fallon:

*Note: Farm-raised, free-range chickens give the best results. Many battery-raised chickens will not produce stock that gels.

If you are using a whole chicken, cut off the wings and remove the neck, fat glands and the gizzards from the cavity. Cut chicken parts into several pieces. (If you are using a whole chicken, remove the neck and wings and cut them into several pieces.) Place chicken or chicken pieces in a large stainless steel pot with water, vinegar and all vegetables except parsley. Let stand 30 minutes to 1 hour. Bring to a boil, and remove scum that rises to the top. Reduce heat, cover and simmer for 6 to 8 hours. The longer you cook the stock, the richer and more flavorful it will be. About 10 minutes before finishing the stock, add parsley. This will impart additional mineral ions to the broth.

Remove whole chicken or pieces with a slotted spoon. If you are using a whole chicken, let cool and remove chicken meat from the carcass. Reserve for other uses, such as chicken salads, enchiladas, sandwiches or curries. Strain the stock into a large bowl and reserve in your refrigerator until the fat rises to the top and congeals. Skim off this fat and reserve the stock in covered containers in your refrigerator or freezer.

Place the knuckle and marrow bones and optional calves foot in a very large pot with vinegar and cover with water. Let stand for one hour. Meanwhile, place the meaty bones in a roasting pan and brown at 350 degrees in the oven. When well browned, add to the pot along with the vegetables. Pour the fat out of the roasting pan, add cold water to the pan, set over a high flame and bring to a boil, stirring with a wooden spoon to loosen up coagulated juices. Add this liquid to the pot. Add additional water, if necessary, to cover the bones; but the liquid should come no higher than within one inch of the rim of the pot, as the volume expands slightly during cooking. Bring to a boil. A large amount of scum will come to the top, and it is important to remove this with a spoon. After you have skimmed, reduce heat and add the thyme and crushed peppercorns.

Simmer stock for at least 12 and as long as 72 hours. Just before finishing, add the parsley and simmer another 10 minutes. You will now have a pot of rather repulsive-looking brown liquid containing globs of gelatinous and fatty material. It doesn’t even smell particularly good. But don’t despair. After straining you will have a delicious and nourishing clear broth that forms the basis for many other recipes in this book.

Remove bones with tongs or a slotted spoon. Strain the stock into a large bowl. Let cool in the refrigerator and remove the congealed fat that rises to the top. Transfer to smaller containers and to the freezer for long-term storage.