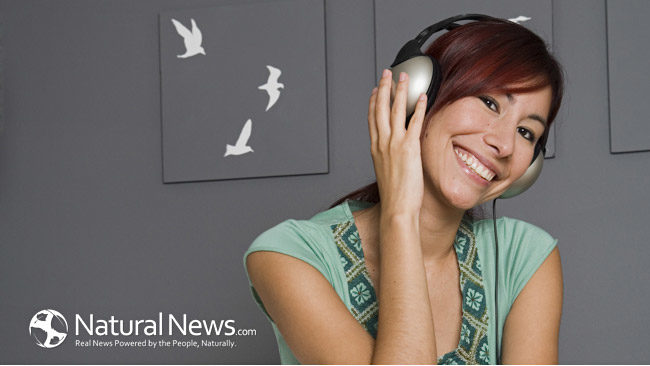 The number of Bluetooth enabled devices has exploded for the past few years. From 3.5 billion in 2012, statistics show that it could increase threefold and reach 10 billion by 2018. Bluetooth technology which is often marketed as a much safer form of radiation compared to cellphone signals and Wi-Fi waves is increasingly becoming important in our growing wireless world. But is it really safe? What are the dangers of using Bluetooth devices – particularly Bluetooth devices which are held close against the body like Bluetooth headphones?

Bluetooth is a new technology primarily designed to allow wireless connection to be easily integrated in every device. Today, it is the standard technology for transmitting data over short distances. Unlike cellphone radiations and Wi-Fi waves which are often transmitting signal from a source kilometers away, Bluetooth radiations transmits data within arm’s reach (although they can have a range of as long as 30 feet or 10 meters). Experts believe they emit a much lower level of radiofrequency (200 times less than cellphones) which pose no health risk for the user.

However a growing body of research says that inappropriate and prolonged usage of Bluetooth devices could possibly be dangerous to our health.

The bulk of the studies on health hazards of Bluetooth devices focus on EMF exposure and its possible correlation with behavioral disorders, neurobiological diseases and possible DNA damage.

Dr. Dietrich Klinghardt, an expert on neural therapy and neurobiology says electromagnetic radiation is “the health crisis of our time”. Many cases of headaches, ear pressures, tinnitus and neurological symptoms could possibly be a result of over-exposure to electromagnetic emission.

A research study published in Australian Journal of Clinical Environment Medicine warns that wireless technology may be responsible for the explosion in autism among children. Dr. George Carlo head of the world’s largest research program on mobile phone health hazards in the 1990s revealed their findings which show how electromagnetic radiation accelerates the symptoms of autism.

However, the web report was debunked as the author failed to show concrete evidence of the existence of this peer reviewed journal detailing the study. Furthermore, the research has no experimental support. According to John Timmer, science editor of Ars Technica “the study is based entirely on the hypothesis that autism is the product of heavy metal toxicity. This hypothesis is an outgrowth of the failed efforts to lik autism rises to the use of mercury preservatives in vaccines.”

Excessive EMF exposure is linked with ADHD and Weight Gain

Is there a possible link between EMF exposure and ADHD? A lot of experts believe so. According to research on cellphone radiation, excessive exposure to EMF’s produce spontaneous calcium leakages to cells, making them sensitive and more likely to transmit spurious signals.  This has larger potential impact especially for kids who have developing brains. Bluetooth headsets are used by fastening the device in our ears (which is very close to our head), and although Bluetooth technology emits a lower level of frequency, Prolong exposure to EMF has the ability to interrupt the natural energy flow of body that may result in behavioral problems and abnormal weight gain.

How can you reduce the dangers of using Bluetooth headphones? The following are ways to help minimize exposure with Bluetooth radiation.

Bluetooth products (including headsets) have three kinds of classification. Learning how they work can help you minimize your exposure to the damaging effects of Bluetooth radiation.

Air tube headsets are like normal headsets. However, instead of wire cables, these headsets use air tubes to transmit sound from cell phone conversations. Metal is known to conduct radiation from cellphones which can travel up the wire and into your head.  You can watch this video to learn more about how air tubes headsets work.

At the end of the day, the best way to keep safe from the dangers is still to use every device in moderation. So take a break, unplug and go offline. Distance yourself from technology once in a while and spend more time with people and nature.

Armela Escalona is a blogger, freelance writer, and content marketer. Her works have been published in various blogs, websites and magazines on the web. Find her on Twitter @ArmelaE.