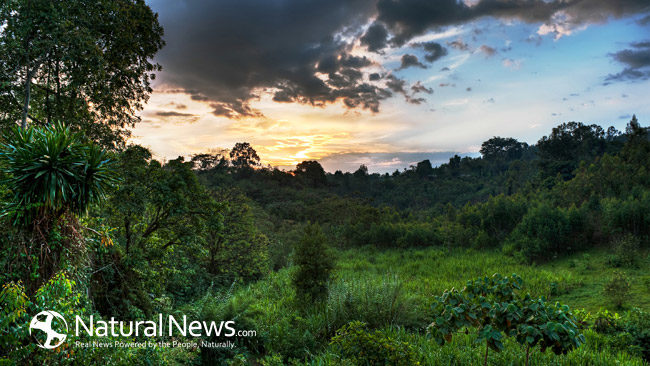 Look back over the past, with its changing empires that rose and fell, and you can foresee the future, too.” – Marcus Aurelius

With the current drought playing havoc with California food production, economic uncertainty and the U.S energy revolution looking more like a short term bubble waiting to pop, it is worth considering and preparing for the future. Self sufficiency as Mike Adams suggests is the way of the future. While America is a far cry from Cuba, the Cubans did experience some turmoil in the late 1980’s which gives Western society and economies a potential blueprint for getting along with a lot less. Whether climatic conditions, economic contraction or resource constraints stifle economies and society it is worth understanding just how fragile a society can be in light of sudden disruptions.

In 1989 the Soviet Union crisis occurred and almost overnight the Cuban economy was left without oil. The dissolution of the Soviet Union hit the Cuban economy severely. The country lost approximately 80% of its imports, 80% of its exports and its Gross Domestic Product dropped by 34%. Food and medicine imports stopped or severely slowed. The largest immediate impact was the loss of nearly all of the petroleum imports from the USSR. (1) The effect was felt immediately. Entirely dependent on fossil fuels to operate, the major underpinnings of Cuban society—its transportation, industrial and agricultural systems—were paralyzed. According to some researchers around 90,000 tractors were unable to be used for the purposes of agriculture once the crisis hit. There were extensive losses of productivity in both Cuban agriculture —which was dominated by modern industrial tractors, combines and harvesters, all of which required petroleum to run —and in Cuban industrial capacity.

What happened in Cuba? – Urban Food

Australian and other permaculturists arriving in Cuba at the time began to distribute aid and taught their techniques to locals, who soon implemented them in Cuban fields, raised beds and urban rooftops across the nation. Organic agriculture was soon after mandated by the Cuban government, supplanting the old industrialized form of agriculture Cubans had grown accustomed to. Relocalization, permaculture and innovative modes of mass transit had to be rapidly developed. (2) The period radically transformed Cuban society and the economy, as it necessitated the successful introduction of sustainable agriculture, decreased use of automobiles, and overhauled industry, health and diet countrywide. People were forced to live without many goods they had become used to. During the ‘Special Period’ there were many years of hardship as the people of Cuba experienced widespread food shortages, starvation and malnutrition. The biggest struggles they faced were with the land. For years chemical fertilisers, herbicides and pesticides had depleted the valuable topsoil of nutrients. Due to the Soviet crisis chemical fertilisers were no longer available. In hindsight this would help make Cuba a world leader in organic urban agriculture. With the widespread destruction of top soil, it took Cuba approximately three to five years to regenerate soil quality to the point where it became fertile and productive again.

Urban Agriculture in a Time of Crisis

Havana has an approximate population of 2.2 million people, so it is a dense urban environment. Most of the food that was supplied to Havana prior to this sudden shortage of oil was transported to the city from rural areas or imported. With scarce fuel for farmers to operate machinery, no fertilisers to protect crops and no way of getting the food that was grown to town, it was the obvious solution for Havana. What the Cubans did out of sheer survival has become a blueprint for Western society moving forward to a more sustainable less fossil fuel dependant economy. The Cubans transformed every piece of available arable land in Havana into organic food production. In a relatively short period of time Cuba had solved the food problem, creating a healthier and more sustainable way of life for its citizens. More than 35,000 hectares (over 87,000 acres) of land are being used in urban agriculture in Havana alone.(3) The city of Havana produces enough food for each resident to receive a daily serving of 280 grams (9.88 ounces) of fruits and vegetables. The urban agricultural workforce in Havana has grown from 9,000 in 1999 to 23,000 in 2001 to more than 44,000 in 2006. Since the late 1980′s over 350,000 new, well-paying and productive jobs have been created in these subprograms over the last twelve years. With the Cuban workforce of around 4.8 million people the jobs created in urban agriculture have been a significant contribution to the country’s total employment.(4)

To this day, approximately 60% of the food for Havana is grown in the city itself urban gardens now produce the majority of the fruit and vegetable requirements of urban areas and in some areas surpluses are sold for wider consumption, with a third of all vegetables now being produced for export.(5) Through careful composting, crop rotation and management Havana can literally feed itself. The fast acting Cuban government allowed local communities to grow organic crops in Havana and invested in organic food production technologies. Now Cuba is a major exporter or bio fertilisers and bio pesticides throughout Latin America. Don’t think for one minute it was plain sailing and Cuba is some utopian place because of this revolution, many people died of starvation and like everywhere Cuba still struggles with many aspects of life and society.

If we compare the productivity of Havana, Cuba to Canada’s largest city, Toronto, Ontario with a population of just over 5 million (Greater Toronto Area) we can see how reliant Western cities are on cheap fossil fuels. Toronto imports 60 percent of the fresh produce from the U.S.,  the remainder of produce can travel up to 350 miles from within Canada to reach the city of Toronto.(6)  While there are obvious differences in culture and economic systems we can see what can be done by way of localisation and poses questions to the sustainability of current food production systems. Like many Western cities Toronto is expected to grow to  8.6 million by 2031 according to Toronto’s ministry of Public Infrastructure which will engulf valuable land on the urban fringe which is prime farmland.

Some Key Lessons From Cuba – A Blueprint for Western cities

“The future belongs to those who give the next generation reason for hope.” – Pierre Teilhard de Chardin

A focus toward smaller local communities that are connected and self sufficient in delivering food without the excessive long distance transport costs and externalities. Bringing back the community through greater awareness and connection to food production.

What started initially on domestic/residential rooftops and balconies quickly took off and enveloped unused spaces such a sold parking lots or derelict land. Maximising wasted and unused space in urban environments or converting unproductive space into productive and abundant spaces allowed Havana to grow food in the city. Organopónicos are a system of urban organic gardens that developed in Cuba. They often consist of low-level concrete walls filled with organic matter and soil, with lines of drip irrigation laid on the surface of the growing media(7) these systems helped facilitate the growing of crops through the efficient use of resources and water.

Cuba has demonstrated that organics farming and permaculture on a large scale can produce large volumes of food in smaller areas without the use of synthetic fertilizers and pesticides. Organic materials can be used to produce organic compost and beneficial insects ‘biocontrols’ can be used to help with pests and disease. With appropriate crop rotation the use of green manure and cultivation to maintain soil productivity.

As well as developing new ways of growing food, this move to more sustainable production has had the added benefits of improving the overall environment. Deforestation has now been reversed throughout the country. Megan Quinn, The Outreach Director for, ‘The Community Solution’ who worked on a film ‘The Power of Community How Cuba Survived Peak Oil,’ outlines one of the defining factors that helped the Cubans survive the oil crisis was the fact that people came together to solve the problem. Being a socialist society helped with a relatively quick transition to develop this powerful group dynamic, enabling Cuba to take on this challenge. From this crisis many positive health, social and educational benefits resulted. Cuba now has a life expectancy equal to that of its nearby counterpart (the United States) and infant mortality rates are lower than that of the United States.

The Cuban experience showed that immediate action of communicating and collaboration between government, communities and citizens was crucial for getting projects happening within the city. The Cubans demonstrated that when working together for the common good problems can be solved. Collaboration and cooperation are the keys to developing more sustainable communities that thrive. What would happen if this same scenario occurred in the U.S. or any Western country for that matter?

Article by Andrew Martin editor of onenesspublishing  and author of  One ~ A Survival Guide for the Future… and Rethink…Your world, Your future.